By Edna Wande Last updated Jul 26, 2021
0
Share
Argentine fencer, Maria Perez Maurice suffered defeat at the Tokyo Games on Monday but she had an Olympics to remember regardless as she received a marriage proposal from her longtime coach.

The 36-year-old Perez Maurice was doing a television interview when coach Lucas Guillermo Saucedo appeared behind her with a written note saying “Do you want to marry me?” in Spanish. 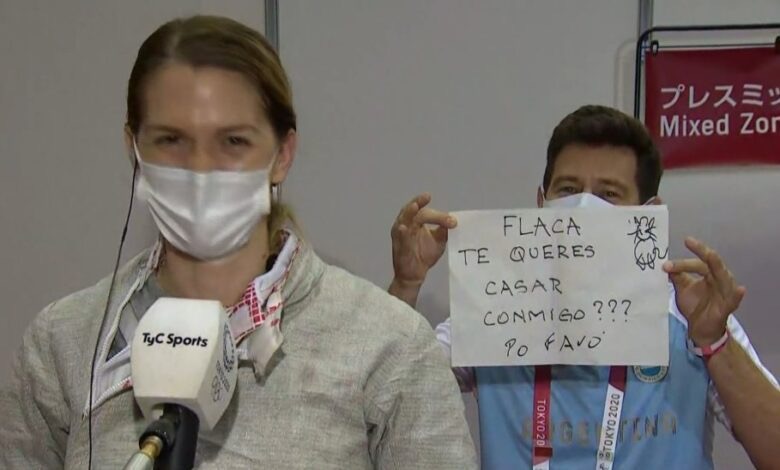 “They (the press) told me to turn around and he had the letter. I forgot everything. I was like, ‘Oh my God,’” said Perez Maurice, who has been in a relationship with Saucedo for 17 years.

We are very happy. We are very good partners. Of course, we have fights, but we enjoy each other’s time. We love each other so much, and we want to spend our lives together. We are going to celebrate in Buenos Aires with a big barbecue.

The 51-year-old Saucedo succeeded this second time of asking after having a first proposal in Paris turned down after the 2010 world championships.

“She said No,” he said. “After she competed, we went out for a coffee and a walk, then I asked her, and she told me ‘It is a joke. No, I am young, maybe in the future.’

I love her, and when she lost the match she got very sad. So, maybe this proposal would change her mind. I wrote on the paper at the moment. If she had won, no. I would have waited for the moment.