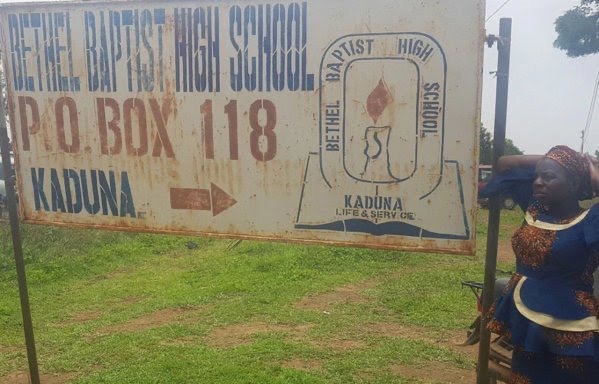 Bandits had stormed the school and abducted over 100 students two weeks ago (Monday, July 5), but shortly after, the police announced that they rescued 26 students after the attack.

Read Also: Kaduna Abduction: 26 Students And A Teacher Have Been Rescued – Police

Following this, proprietor of the school, Rev Ishaya Jangado, had said after a head count of the students as directed by the bandits that 121 students were being held.

It was gathered that the bandits had earlier demanded hundreds of millions, but after several days of negotiations, they reduced the ransom.

In latest development according to ThePunch, the bandits are now demanding N500,000 for each of the remaining 120 students after the release of one ill student kidnapped.

The abductors also gave Monday, July 19 as deadline for the payment of the ransom, few days after they released one of the captives on grounds of ill health.

One of the parents told the publication that they are working with the Baptist church to raise the ransom.

The parent said if the ransom was paid on Monday, the students “will hopefully be released on Tuesday going by the promise of their abductors.”

We (parents) have gathered some amounts but the church is trying to raise the remaining money to meet up with the demands of the bandits.

Also, a brother to one of the kidnapped students, Jesse Peter, said;

The bandits called us on Saturday and said we should raise N500,000 for each of the 120 students remaining with them in the bush. They gave us till Sunday morning to pay the money before shifting the ultimatum to Sunday evening. We have yet to pay and the time they gave us has elapsed and they have not communicated with us since then.

The parents are still shocked about the whole thing. As for us, we don’t have such money anywhere. We have resorted to prayers.

Recall that the bandits last week released one of the students who became sick in their custody.

The student was brought home by some other kidnapped victims who were released after their families had paid their ransom.

Meanwhile, chairman of Christian Association of Nigeria (CAN) Kaduna State chapter, Rev John Joseph Hayab has described as false a report that three of the kidnapped students had been killed.

This false news of the killing of three abducted students started on Saturday and we do not know the motive of the peddlers of this fake news, but from all available sources all 120 children are safe and we are working hard to bring them back home to the warm embrace of their caring parents.

We are appealing to those who want to be first at breaking news to cross-check every story before going to print so that they will not break the hearts of people with their unconfirmed breaking news.