American television producer and philanthropist, Camille Cosby has shut down rumours that she is planning to divorce her husband, Bill Cosby.

The rumours began after Camille Cosby was spotted without her wedding ring as she left a luxury townhouse where she has been living with Bill since his release from a Philadelphia prison on June 30. 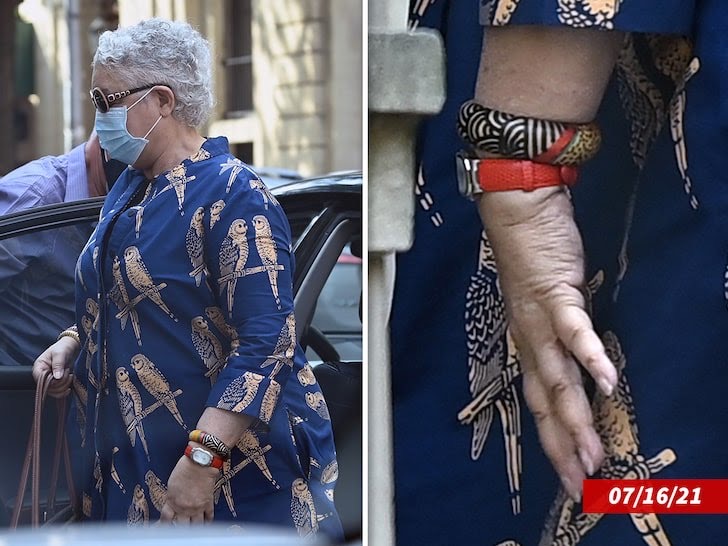 Bill, 84, was released from prison on a technicality after he appealed his three to ten year prison sentence on sexual assault charges.

However, in a report by Radar Online, Cosby’s publicist, Andrew Wyatt, denied that the 77-year-old was divorcing her husband.

It’s hilarious because Mr. & Mrs. Cosby have been happily married for 57 years and counting. They have not worn wedding rings in almost 30 years.

Wyatt added that “vultures” are praying for the Cosbys’ downfall, stressing;

These are the same ‘media insurrectionist,’ who are angry that this intelligent, strong, and vibrant Black woman stood by her husband, as well as vehemently proclaimed Mr. Cosby’s innocence.

What is unclear, though, is exactly when Camille stopped wearing her ring. Back in 2017, during Cosby’s trial, she was wearing what looks like a wedding band on her left ring finger as reported by TMZ.

Prior to Camille’s ring-less sighting, it was reported that her reunion with Bill was like watching “teenage love” rekindled, Daily Mail reports.

The mother of five showed a consistently united front with her husband, Bill, throughout his trial. She defended Bill’s honor so intensely that she accused a Pennsylvania judge of discriminating against him, claiming she was a racist.

Now, after more than 50 years of work, that humanized the dehumanized; which also challenged the perpetual architects of racist, exploitive and greedy maneuvers that have enabled them to divide and conquer, my husband has been severely redefined by Judge O’Neill, despite having zero proof.

‘I Have Always Maintained My Innocence’ – Bill Cosby Speaks…