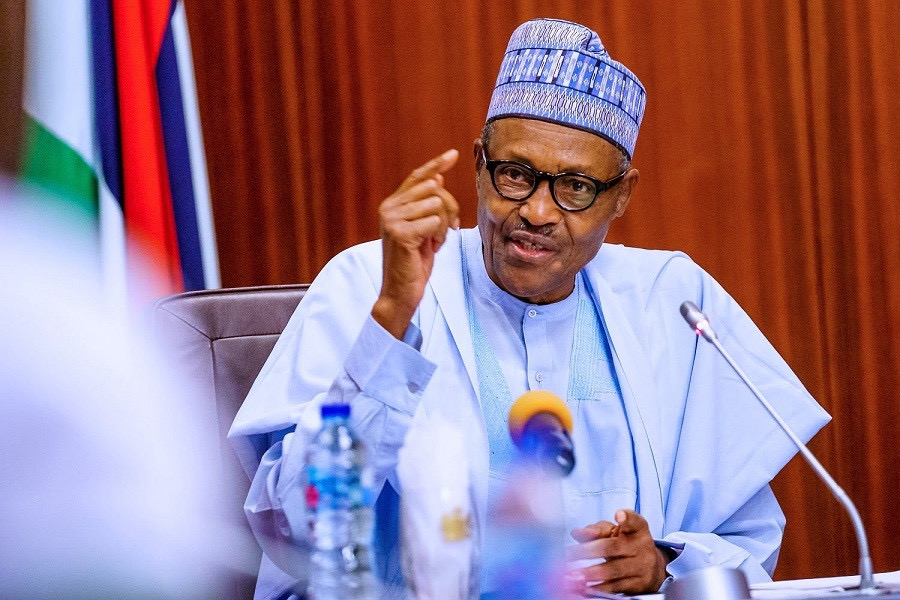 Last Tuesday, Abubakar Malami, attorney-general of the federation (AGF), said the IPOB leader was “intercepted” on June 20 “through the collaborative efforts of Nigerian intelligence and security services”.

The IPOB leader was then arraigned before Binta Nyako, and the judge ruled that he should be remanded in custody of Department of State Services (DSS), while the case was adjourned till July 26.

The peculiarities of Kanu’s arrest have continued to generate controversy from different quarters.

Speaking on the development in a statement signed by Garba Shehu, presidential aide, the presidency said it has been monitoring the activities of IPOB and believes that the funding sources of the group “include proceeds of suspected illicit criminal activities”.

Read Also: Nnamdi Kanu Re-Arraigned In Court, To Be Remanded Till July 26

In the statement, the presidency did not state where the IPOB leader was arrested, but noted it was the result of “cross-border cooperation”.

The subversive leader of the proscribed Indigenous People of Biafra (IPOB), a group known for its murderous actions and virulent messaging, was detained as a result of cross-border cooperation.

This international operation was executed in a closely coordinated fashion following which he was handed over to our national intelligence agency, and then returned to Nigeria to face the law.

The violence inspired by IPOB has led to hundreds of fatalities, particularly targeted at government assets and law enforcement agents.

Additionally, there have been at last count, fifty (55) separate violent attacks, heavily concentrated in the South-East, which heaped further hardship on our honest and hardworking citizens, preventing them from earning their livelihood and going about their normal lives.

On the raid of the residence of Sunday Adeyemo, a youth leader better known as Sunday Igboho, by DSS operatives, the presidency described Igboho as a “militant ethnic secessionist”, who has been conducting “acts of terror” under the guise of protecting his kinsmen.

The statement noted that the administration respects fundamental human rights, but will not condone any attempt to build an “armoury” to undermine the unity of the country.

In furtherance of continued diligent work, the State Security Service on Thursday, 1st July, raided the residence of a militant ethnic secessionist, who has also been conducting acts of terror and disturbing the peace under the guise of protecting fellow ‘kinsmen’.

His seditious utterances and antics, which he is known to have publicly expressed, have overtime morphed into very hateful and vile laden speeches.

It must be highlighted that the government respects fundamental rights of citizens to express their views and recognises this as a democratic tenet. However, any attempt to build an armoury coupled with plans either subtle or expressed to undermine our unity as a nation will not be condoned.

Buhari Says Attack On NDA Will Not Dampen Morale Of Armed…