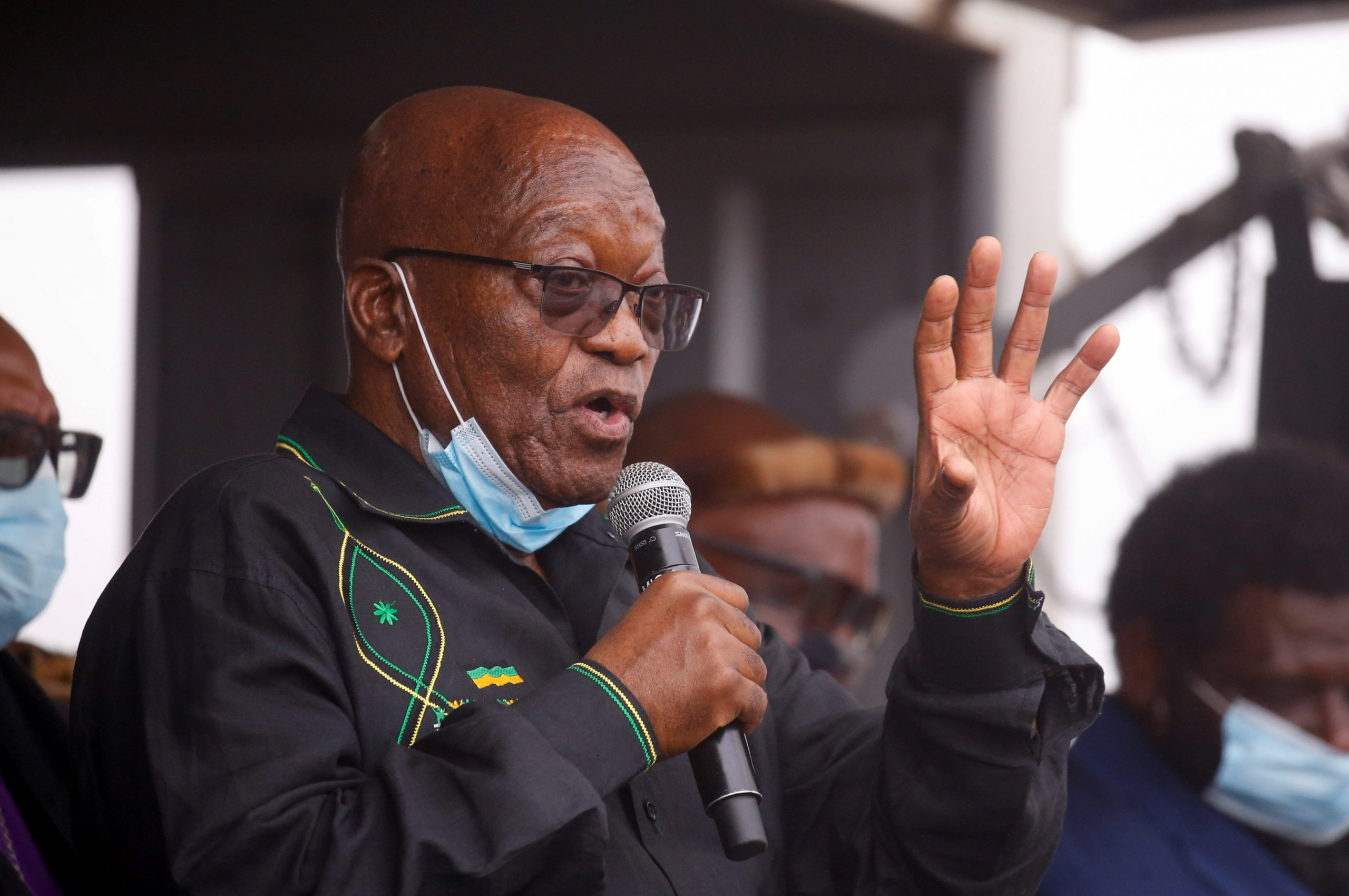 Corruption trial of former South African President, Jacob Zuma has been postponed until next month.

A judge at Pietermaritzburg High Court in the former president’s home province of KwaZulu-Natal on Tuesday adjourned Zuma’s trial until August 10.

Zuma’s lawyers had requested a delay to allow him to appear in person and properly consult with them.

The former President is charged with multiple counts of corruption, fraud and racketeering in connection with a massive 1999 arms deal involving French defense giant Thales when he served as deputy president. The company has also been charged with corruption and money laundering.

The 79-year-old Zuma appeared on Monday via a video link from the correctional facility where he is serving a 15-month prison sentence handed down by Constitutional Court in late June for failing to appear before a separate inquiry into allegations of corruption during his nine-year presidency, which ended in 2018.

Zuma has pleaded not guilty to the charges including corruption, fraud and money laundering.

The ex-president is accused of receiving bribes over a $2 billion weapons deal in the late 1990s.

Read Also: Jacob Zuma Says He Will Not Surrender Himself To South Africa Authorities

The Guptas, who fled South Africa after Zuma was ousted, also deny wrongdoing.

He has evaded prosecution for more than a decade by casting himself as the victim of a politically motivated witch-hunt.

Wearing a dark suit and red tie, Zuma, 79, said nothing while one of his lawyers Dali Mpofu argued that the trial should be postponed for Zuma to appear in person as opposed to virtually.

Local television channel Newzroom Afrika showed armored military vehicles stationed outside the high court in Pietermaritzburg, one of the places worst-affected by the recent unrest.

Mpofu said Zuma had not been able to properly consult his legal team after handing himself over in the early hours of July 8 to start a 15-month prison sentence for contempt of court.

His detention nearly two weeks ago on the contempt charge triggered protests in KwaZulu-Natal that soon evolved into rioting, looting and arson that spread into Johannesburg, South Africa’s largest city and economic hub.

Zuma’s successor, President Cyril Ramaphosa, authorized the deployment of 25,000 soldiers to quell the unrest, and more than 2,500 people have been arrested.

The protests were the worst ever seen in South Africa of the post-apartheid era.

More than 200 people were killed in the violence before security forces were deployed to restore order.

Zuma’s jailing earlier this month triggered some of the worst civil protests by his supporters who looted, stole from public and private properties leaving hundreds dead.

Even though the government has largely restored order in the streets, there were fears Zuma’s latest court appearance could again trigger violent protests from his supporters.

Death Toll Rises To 72 As Protests Worsen In South Africa