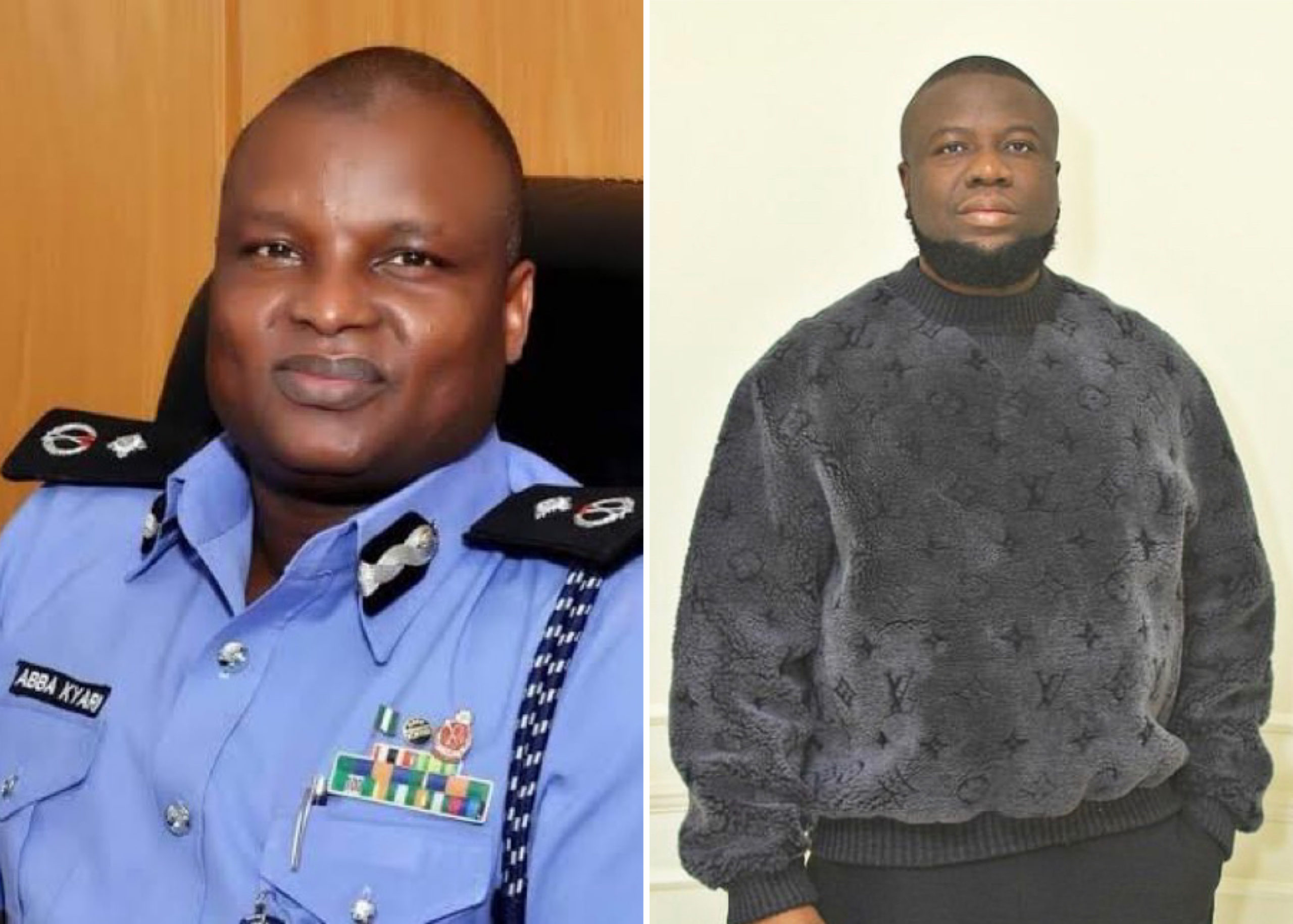 More facts have emerged in the ongoing trial of Nigeria’s serial Internet fraudster, Ramon ‘Hushpuppi’ Abbas, and his secret relationship with a Deputy Commissioner of Police, Abba Kyari.

According to US court document, DCP Abba Kyari was identified by Federal Bureau of Investigation (FBI) through WhatsApp conversations.

MDB earlier reported how Hushpuppi, who recently pleaded guilty in the United States, narrated how he bribed Kyari.

Officials said in court filings that Hushpuppi disclosed during interrogation that he paid bribes to Nigeria’s police chief, Kyari, to have one of his rivals arrested and jailed in Nigeria following a dispute over a $1.1 million (N583,300,000) dupe of a Qatari businessperson.

Hushpuppi asked Kyari to arrest and jail a fellow fraudster Kelly Chibuzor Vincent after both were locked in a dispute presumably over how to share the $1.1 million loot received from the Qatari businessperson.

Vincent subsequently contacted the victim and informed them that they were being scammed by a syndicate involving him and Hushpuppi.

This elicited anger from Hushpuppi, who contacted Kyari to arrest and jail his rival over the dispute. Hushpuppi said Kyari sent pictures of Vincent in jail and subsequently sent a bank account number to him (Hushpuppi) to which a wire transfer should be made having done a ‘good‘ job as sent by Hushpuppi.

However, Kyari had taken to his Facebook page to react to the allegation, claiming he only assisted Hushpuppi to get native clothes and caps worth N300,000.

However, the court document proves otherwise, showing clearly that Kyari’s claims were lies and how he was identified while interrogating Hushpuppi.

The document shows that;

KYARI communicated with ABBAS primarily using the phone numbers +2349099999131 and +2348120000043—both of which ABBAS had saved with contact names including “ABBA KYARI,” as discussed below. KYARI’s messages to ABBAS contained numerous photographs of himself, some of which also included his name.
24. For example, using the phone number +2349099999131—which ABBAS had saved as “ABBA KYARI”—KYARI sent ABBAS the following photograph, on September 8, 2019: 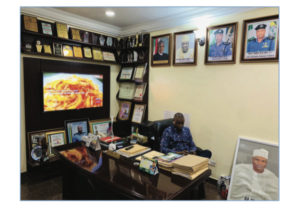 Using the phone number +2348120000043—which ABBAS had saved as “ABBA KYARI NEW NUMB”— KYARI sent several images of himself to ABBAS in April and May 2020, including the following:

The US investigators stated that based on a review of the messages shared, it appears that Hushpuppi interacted with Kyari in September 2019, when Kyari traveled to United Arab Emirates.

The conversation indicated that ABBAS sent a car and driver to drive KYARI during that trip. Soon thereafter, KYARI sent ABBAS a video slideshow which showed some personal photographs of KYARI, some of which appeared to have been taken in the U.A.E. Later in September, after KYARI sent ABBAS an article that discussed him arresting alleged kidnappers, ABBAS wrote, in part, to KYARI, “Am really happy to be ur boy,” and later, “I promise to be a good boy to u sir.”

Meanwhile, United States’ Court has issued a warrant of arrest for DCP Abba Kyari, over his role in $1.1 million (N583,300,000) fraud perpetrated by Hushpuppi.

Otis Wright of United States District Court for Central District of California ordered Federal Bureau of Investigation (FBI) to track down Kyari and produce him in the United States.

American prosecutors first sought a court warrant to arrest Kyari on February 12, 2021, according to court documents and another warrant was requested on April 29, 2021.

Judge Wright’s permission for the FBI to arrest Kyariand hold him in U.S. custody was unsealed on July 26.

See the arrest warrant below; 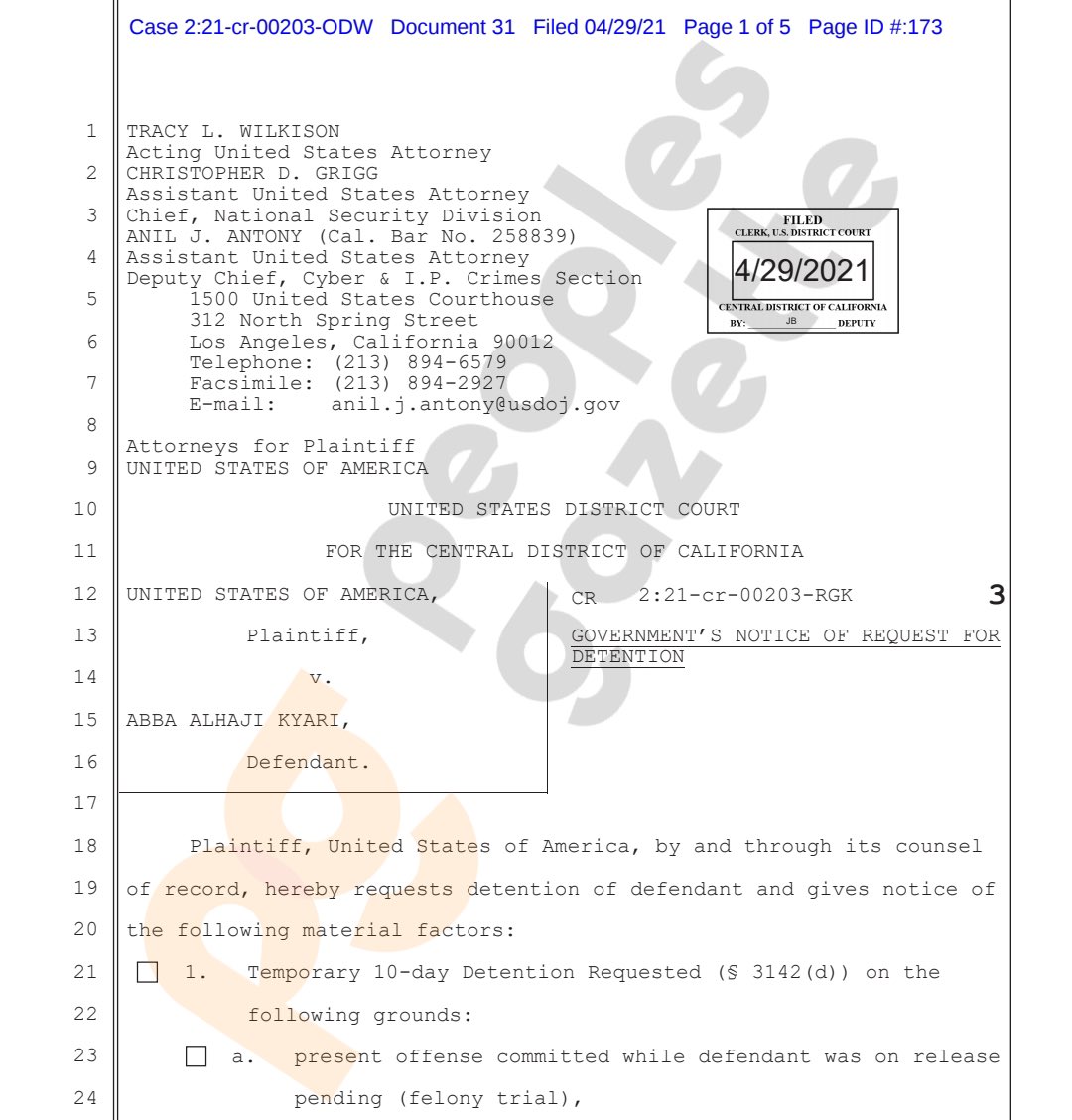 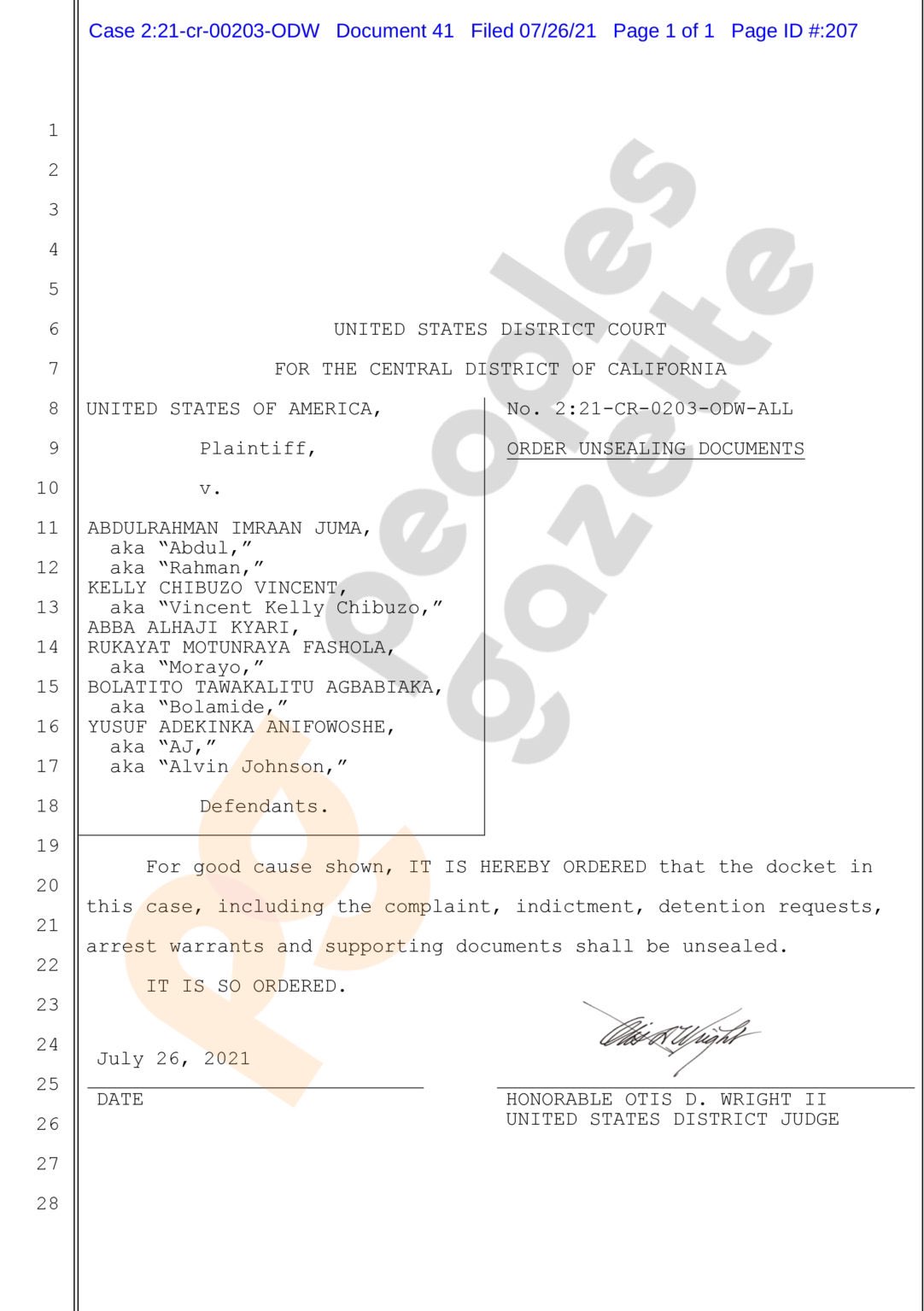