Justice Obiora Egwuatu gave the order on Friday while ruling on the enforcement of fundamental rights suit filed by their lawyer, Pelumi Olajengbesi, challenging their arrest and detention. 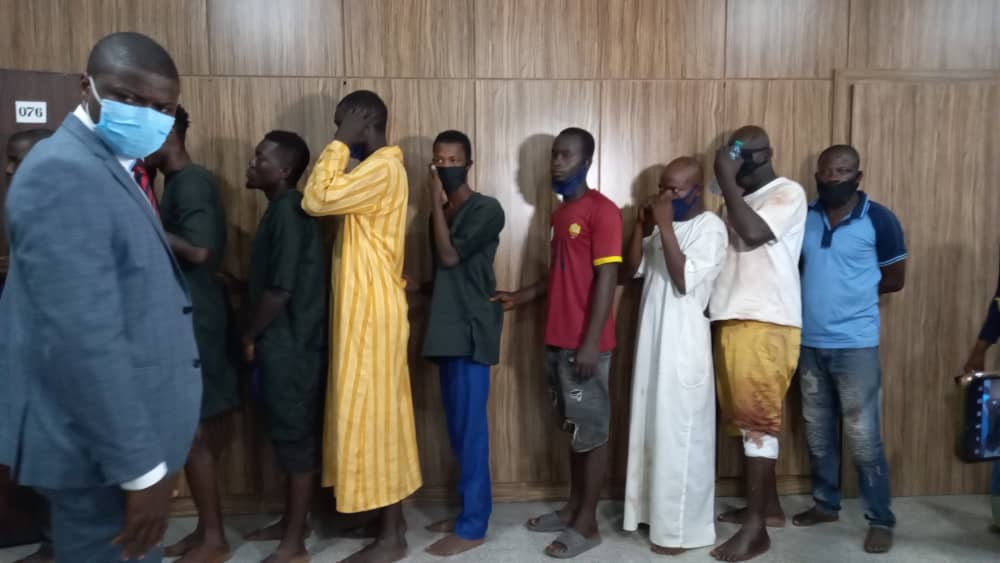 The judge also ordered DSS to show cause why the applicants should not be admitted to bail and adjourned to July 29 to take place during the court vacation.

The applicants’ counsel, Pelumi Olajengbesi, moved his ex parte motion praying the court for an order “mandating and compelling the respondents to produce the applicants” to enable the court “inquire into the circumstances constituting grounds of their arrest and detention” since July 1, 2021 and where it seems fit grant applicants bail.
Read Also: Surrender Yourself, DSS Tells Sunday Igboho

They also sought the order of the court mandating and compelling the respondents to produce the applicants before the court and “show cause as to why the applicants should not be granted bail in accordance with the provision of section 32 of Administration of Criminal Justice Act 2015 and other extant laws in Nigeria.”

Olajengbesi argued that the applicants are citizens of Nigeria with inherent rights.

Recall that the 12 detained associates of the Yoruba nation activist instituted a suit against Department of State Services and its Director-General, Yusuf Bichi.

After the raid of his Soka residence in Ibadan, presidential aide, Garba Shehu, declared Igboho was “conducting acts of terror and disturbing the peace”.

The presidential aide accused the Yoruba Nation proponent of attempting to build an armoury and planning to undermine the unity of the nation.