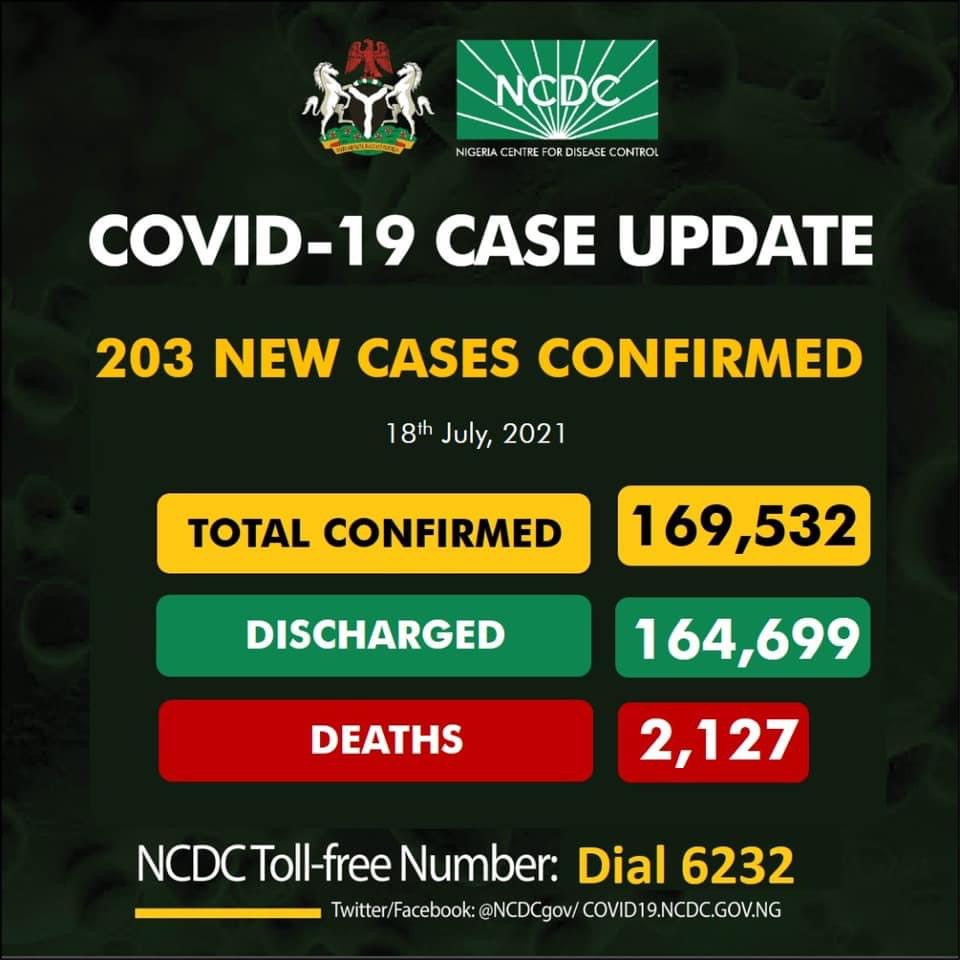 According to Nigeria Centre for Disease Control (NCDC) via its official website, 203 additional COVID-19 cases and one COVID-19 related death were recorded on Sunday, as the deadly virus continued to rage in Africa in its third wave.

The agency stated that the new additional cases represent an increase in infections from the 123 cases reported from seven states and the FCT on Saturday with no death.

It added that Lagos led the chart with 186 new cases, higher than the 70 cases it recorded the previous day.

According to it, till date, 169,532 cases have been confirmed, 164,699 cases discharged and 2,127 deaths have been recorded in 36 states and the Federal Capital Territory.

The public health agency said that the Country had tested a total of over 2.3 million samples from its roughly 200 million population.

The agency disclosed that there were over 2,127 active cases across the country.

Meanwhile, Presidential Steering Committee on COVID-19 (PSC) has placed six states and the federal capital territory (FCT) on red alert amid fears of a third wave of the pandemic.

Boss Mustapha, secretary to the government of the federation and chairman of the committee, said the decision was taken “following the confirmation of the Delta Variant of COVID-19 and the rising number of infections and hospitalization in the country”.

The states are Lagos, Oyo, Rivers, Kaduna, Kano, Plateau and the FCT.

PSC, however, warned that all states of the federation should heighten their preparedness and continue to enforce all COVID protocol, given the renowned greater ease of spread of the Delta variant.