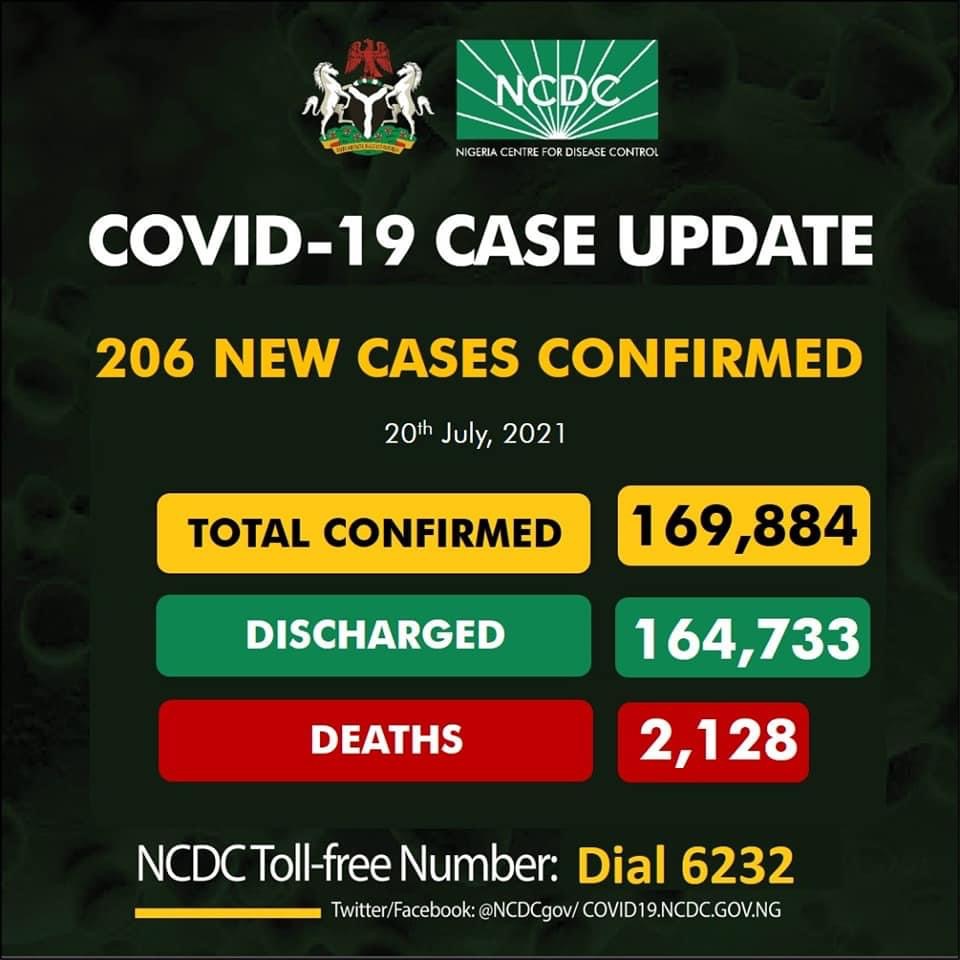 The new development is according to an update by Nigeria Centre for Disease Control (NCDC) which was posted on its Facebook page Tuesday night.

The new infection figure, which indicated a sharp increase from the 146 cases recorded a day earlier, raised the total infection in the country to 169,884.

According to the update, no new death was recorded in the last 24 hours, keeping the fatality toll at 2,128.

The 206 new cases on Sunday were recorded in 10 states and the Federal Capital Territory (FCT).

Once again, Lagos took the lion share with 132 out of the 206 new cases. Akwa-Ibom followed with 56 infections while Ekiti came third with just five cases.

Delta State registered three infections while Rivers, Enugu, Jigawa and Katsina all reported two cases each. Gombe and the FCT also reported one each.

Meanwhile, NCDC data showed that a total of 164,733 patients have been discharged from hospitals across the nation after treatment.

There are, however, more than 3,000 active cases in the country.

The disease centre also revealed that the country has tested over 2.4 million samples for COVID-19 out of the country’s roughly 200 million population.

About 3.9 million Nigerians have received their first doses of the coronavirus vaccines.