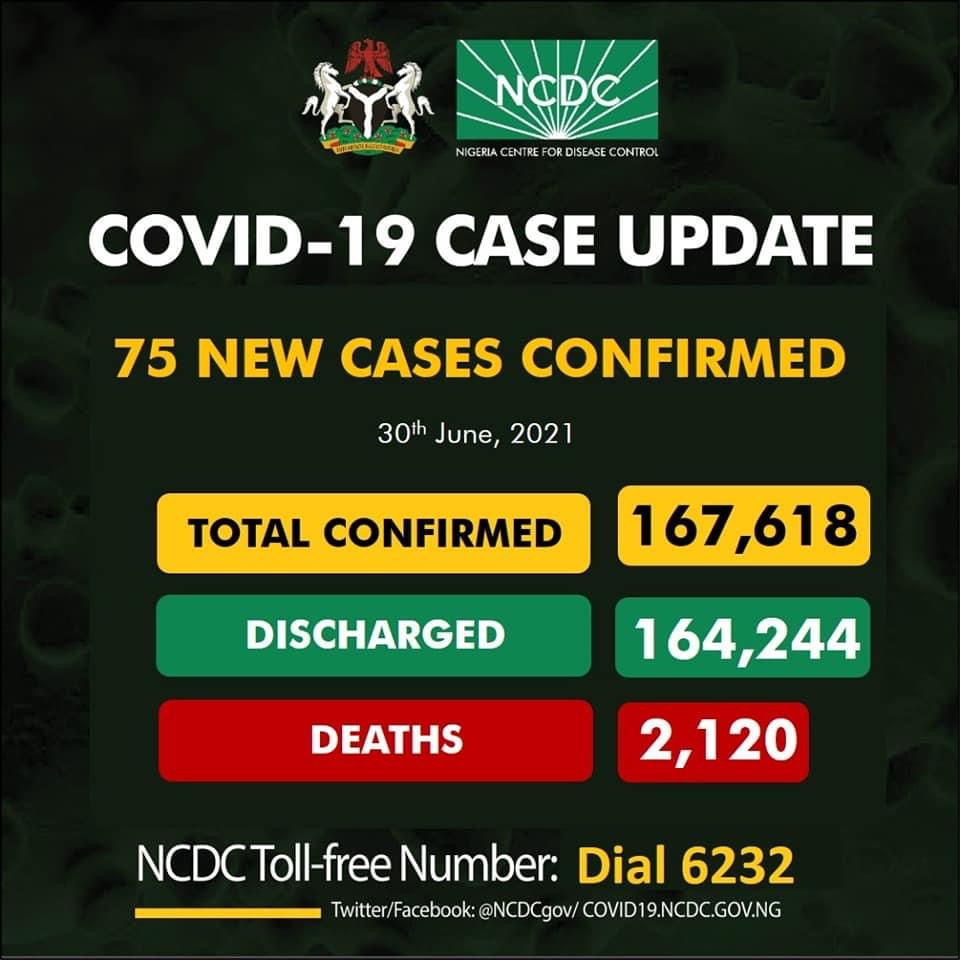 The country’s Centre for Disease Control (NCDC) stated this in an update on its Facebook page Wednesday night.

The disease centre said the new cases raised the total infections in the country to 167,618.

Of the five states that contributed to Wednesday’s infection tally, Lagos reported the highest figure of 47 new cases.

According to NCDC, data from Lagos State contained statistics of June 29 and 30 with 21 and 26 cases respectively.

Nigeria has tested a total of over 2.3 million samples from its roughly 200 million population.

According to NCDC data, a total of 164,244 people have recovered from the virus following 259 recoveries.

NCDC data showed that the country’s active COVID-19 is still more than 1,254.

NCDC DG, Chikwe Ihekweazu Gets New Appointment At WHO