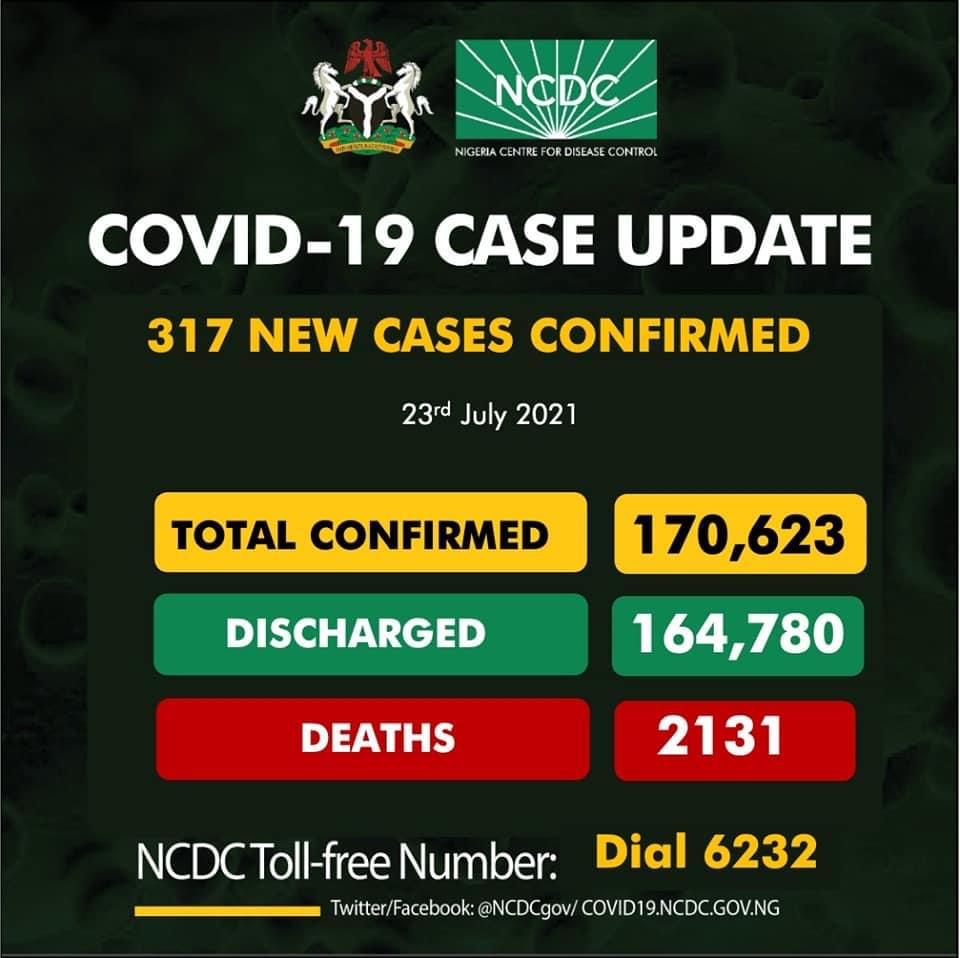 Health experts are afraid the imminent third wave of the coronavirus pandemic may have already hit the country as Nigeria on Friday recorded 317 fresh cases of the infection.

The country also reported one death from the pandemic, raising the nation’s death toll since the outbreak to 2,131.

The latest data of the new cases, according to statistics released by Nigeria Centre for Disease Control (NCDC), is the highest daily tally recorded in the country in more than four months.

The last time such a high daily figure was recorded was on March 10 when 394 cases were reported.

The new development may not be unconnected to the discovery of Delta variant of the virus which has been described by World Health Organisation as the “most transmissible.”

The disease centre posted the latest update on its official Facebook page on Saturday morning, noting that Friday’s figure has increased the country’s total infection tally to 170,623.

The new cases were, according to the NCDC, recorded in 10 states and the federal capital territory (FCT).

Lagos, for the umpteenth time, reported the highest figure from the daily tally with 172 cases and this is followed by Akwa Ibom State which reported 62 cases.

Ekiti and the FCT reported five infections each while Ogun recorded three, Sokoto, two, and the trio of Bayelsa, Gombe and Kano States registered one each.

Of the 170,623 persons infected by the disease in Nigeria since the outbreak in February, 2020, a total of 164,780 have been discharged from hospitals after treatment.

With the recent increase in daily cases, the active cases in the country now stands at 3,240.

Nigeria has tested over 2.4 million samples for COVID-19 across the country.