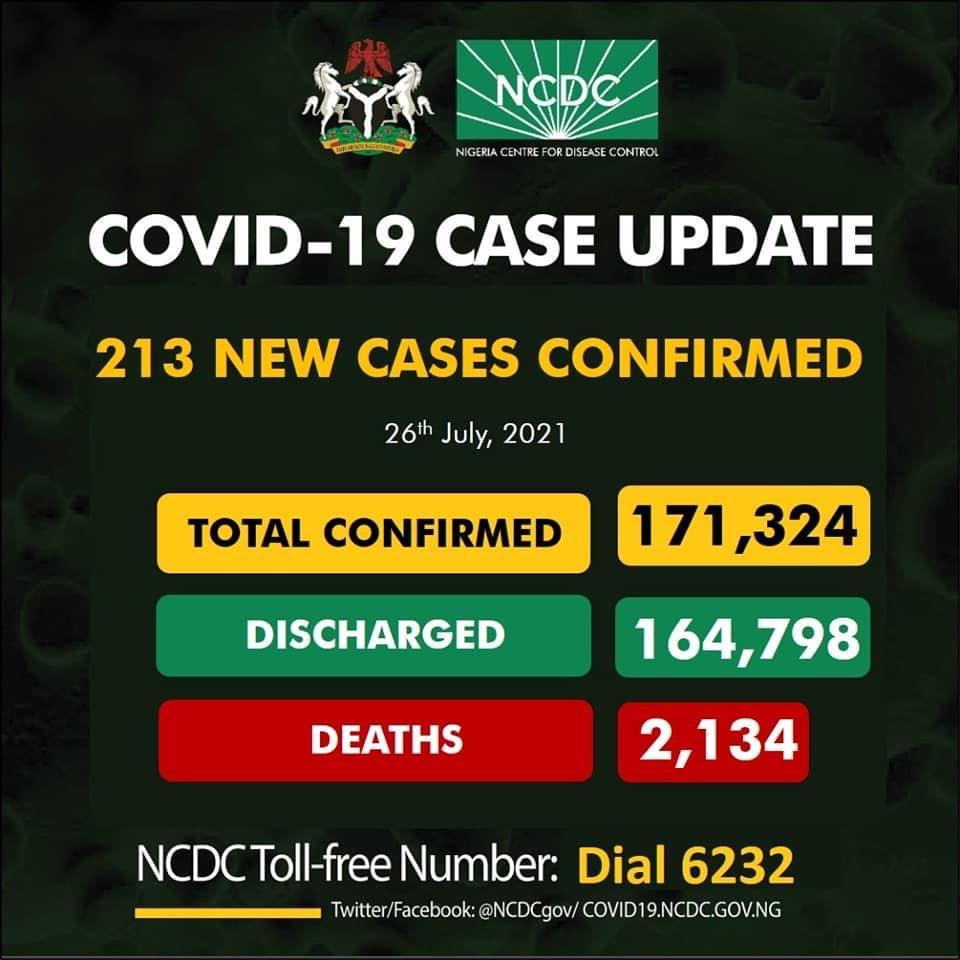 Nigeria Centre for Disease Control (NCDC) has said two persons died of complications from the coronavirus infection in the country in Monday.

The disease centre, in an update on its Facebook page early Monday morning, added that 213 new cases were also reported across 12 states of the federation.

The new statistics, NCDC noted, has raised the infection toll to 171,324 cases while the death toll now stands at 2,134.

According to NCDC, Lagos, Nigeria’s COVID-19 epidemic centre, on Monday, reported 157 cases, and was followed by Rivers State with 20 cases.

Plateau State, North-central Nigeria, ranked third on the log with 12 cases while Oyo State in the South-west region and the South-eastern state of Enugu reported six cases each.

NCDC further noted that testing negative following their treatment, a total of 164,798 persons infected with the virus, have been discharged.