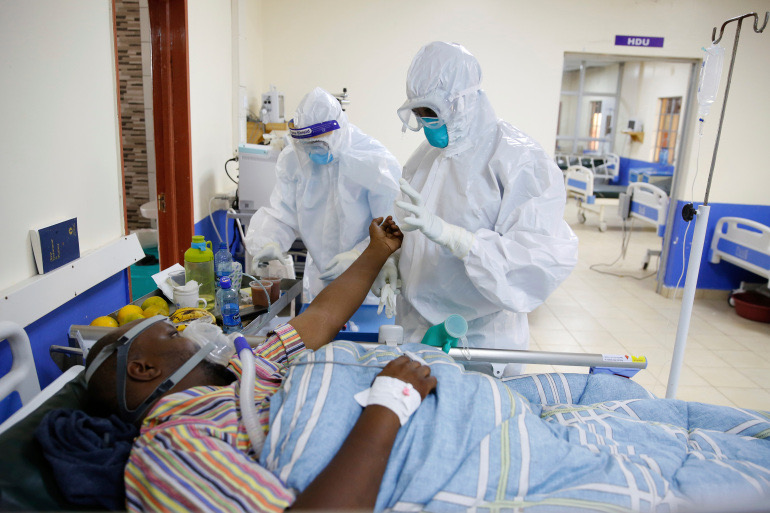 Amid fears of the third wave of COVID-19 pandemic following the confirmation of Delta variant of coronavirus, Presidential Steering Committee on COVID-19 has placed six states and the Federal Capital Territory on red alert.

In a statement signed by Boss Mustapha, secretary to the government of the federation and chairman of the committee on Saturday, the PSC said the decision was taken “following the confirmation of the Delta Variant of COVID-19 and the rising number of infections and hospitalization in the country”.

The states are: Lagos, Oyo, Rivers, Kaduna, Kano, Plateau and the FCT.

Mustapha, however, warned other states of the federation to increase their level of preparedness and continue to enforce all protocols to guard against the spread of the coronavirus.

He also cautioned Nigerians to be mindful of the likelihood of the wider spread of the coronavirus as the they celebrate Eid-el-Kabir on Tuesday and Wednesday.

The SGF also said the government would sustain the current restrictive measures against travellers from countries including India, Brazil, Turkey and South Africa.

Following the confirmation of the Delta variant of COVID-19 and the rising number of infections and hospitalisations in the country, the Presidential Steering Committee on COVID-19 (PSC) has put six states and the Federal Capital Territory on red alert as part of the preventive measures against a third wave of the pandemic. The states are Lagos, Oyo, Rivers, Kaduna, Kano, Plateau, and the FCT.

The PSC, however, warns that all states of the federation should heighten their state of preparedness and continue to enforce all protocols put in place, given the renowned greater ease of spread of the Delta variant. These steps are critical as we begin to see worrisome early signs of increasing cases in Nigeria.

The PSC shall continue to minimise the risk of importation of variants of concern into the country by strengthening surveillance at all Points of Entry, enforcing extant quarantine protocols and sustaining the current restrictive measures against travellers arriving from India, Brazil, Turkey and South Africa.

The PSC felicitates with the Muslim Ummah on the occasion of the Eid-el-Kabir celebration. It, however, urges all state governments and religious leaders to be mindful of the potential for wider spread of the virus during large gatherings.

For Muslims celebrating Eid-el-Kabir, the PSC recommended the decentralisation of Eid prayer to neighbourhood Friday prayer (outdoor), suspension of Durbar activities, and limitation on all indoor gatherings.

Nigeria Centre for Disease Control on July 8 said it had detected a confirmed case with SARS-CoV-2 Delta variant, also known as lineage B.1.617.2 in a traveller to Nigeria, while following the routine travel test required of all international travellers and genomic sequencing at NCDC National Reference Laboratory, Abuja.

The commission in a statement on its website, on Saturday, said;

The speed and scale of Africa’s third wave is like nothing we’ve seen before. The rampant spread of more contagious variants pushes the threat to Africa up to a whole new level.

More transmission means more serious illness and more deaths so everyone must act now and boost prevention measures to stop an emergency becoming a tragedy.

Meanwhile, Director-General of NCDC, Dr Chikwe Ihekweazu, has warned Nigeria against a false sense of the eradication of COVID-19 in the country.

Ihekweazu said this on Saturday in Abuja at a webinar for the National Youth Service Corps 2021 Batch B members.

News Agency of Nigeria reports that the programme was tagged: “Protecting the health of the Nigerian youth – sustaining safe NYSC orientation camps.”

The programme was initiated to provide enlightenment on the measures put in place to ensure safe reopening of NYSC orientation camps.

NCDC boss called for collaboration with corps members to ensure sustenance of the measures across the country.

The mistake we can all make is to think the COVID-19 virus has gone away. Corps members have to work collaboratively with us to sustain the goals we have made in mitigating the risk of transmission in orientation camps.

Meanwhile, the agency also explained how prospective members of NYSC can access the COVID-19 case investigation form on its dashboard.