FG Should Apologise To Igboho, Stop Pursuing Him As A Criminal – Wole Soyinka 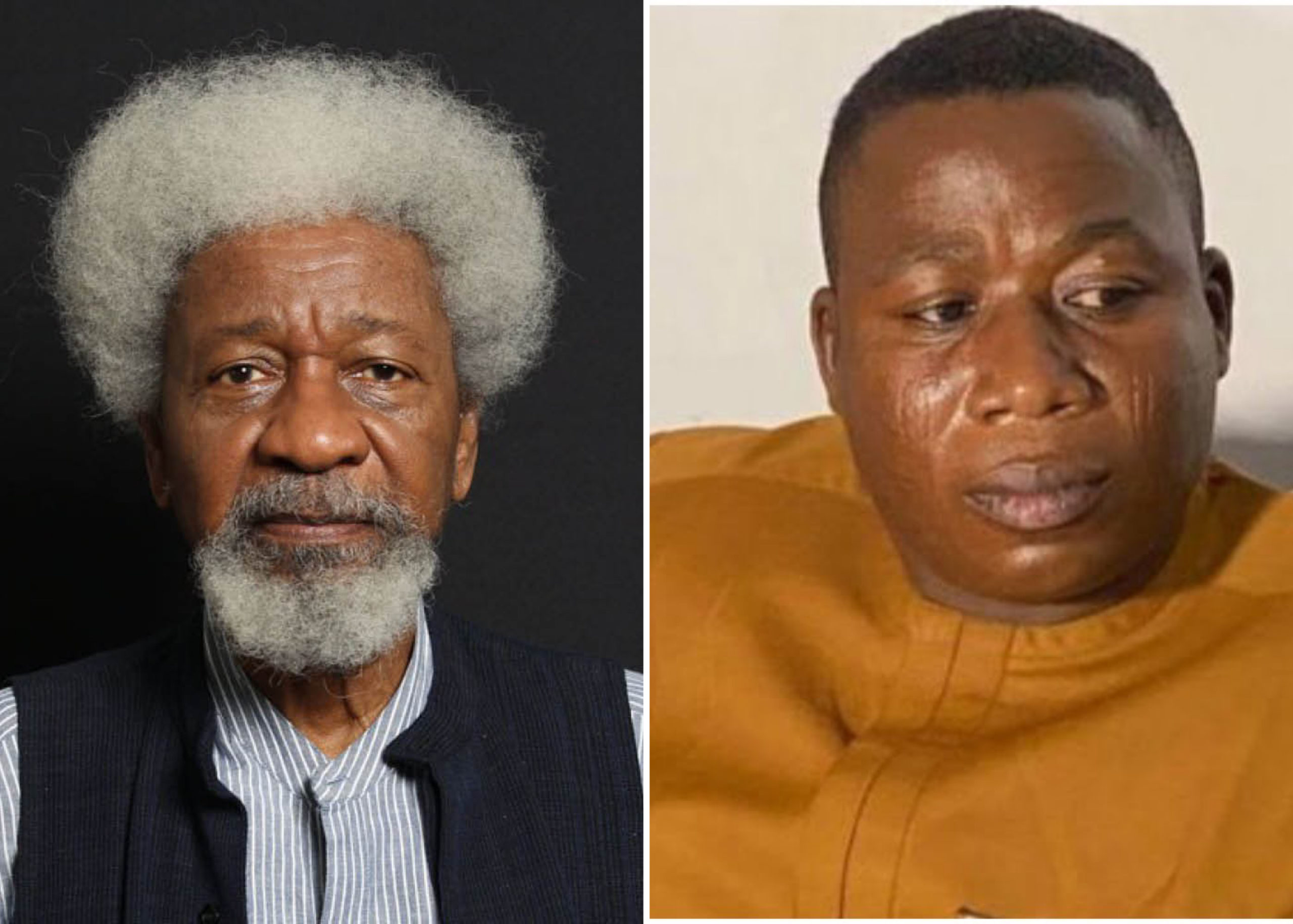 Nobel Laureate, Wole Soyinka has asked the Federal Government to apologise to Sunday Igboho after officials of Department of State Services invaded his home and killed two of his associates.

It would be recalled that DSS invaded Igboho’s house in Ibadan, Oyo State, early on Thursday based on intelligence it said it had received that he was stockpiling arms to cause chaos within the region.

Igboho, who has been declared wanted by the DSS, recently been calling for a ‘Yoruba Nation’ over what he has described as a ‘Fulani invasion’ of the South-West.

In an interview with BBC Pidgin published on Monday, Soyinka said the government’s actions and rationale for invading Igboho’s home “stinks.”

My advise to the government is that they should stop pursuing Igboho as a criminal, because you have begun by acting in a criminal fashion against him.

If and when Igboho comes to trial, I guarantee you the government will be very embarrassed.

I think they should tell Igboho ‘we made a mistake’, ‘we should not have acted in this way’, ‘you are no longer wanted’, ‘go back to your home, in fact escort him to his home’ and let him resume his normal life.

According to Soyinka, Igboho’s fight for freedom was preceded by criminal acts of enemies of Nigeria who “appear to be supported by the force of the State.”

While Soyinka noted he doesn’t ‘like the sound of a Yoruba Nation’ anymore than he likes the sound of a Tiv or Igbo nation, he said the country must be restructured through the decentralisation of power.

According to the erudite professor, Nigeria’s current structure was imposed upon the people by the military.