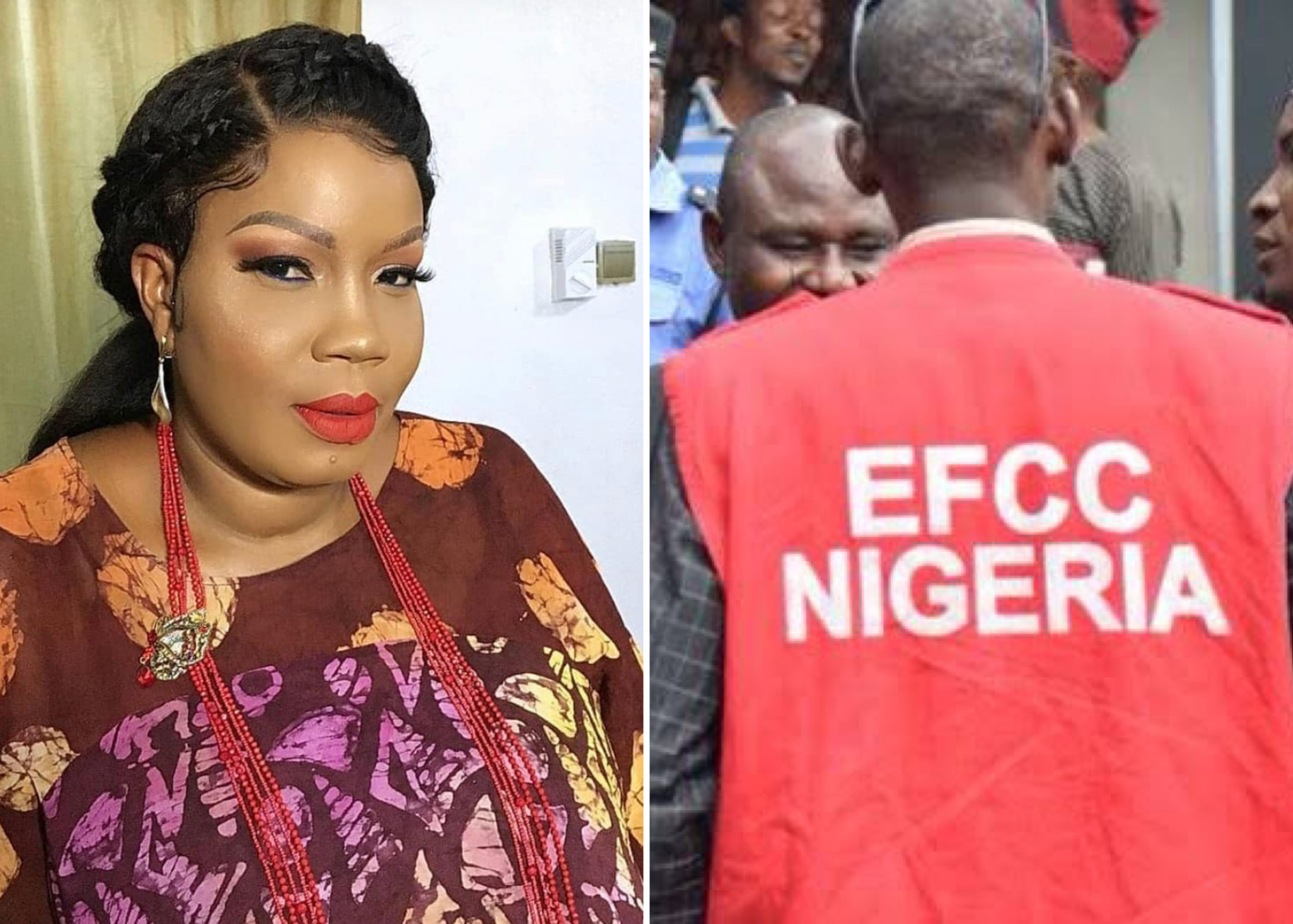 Popular movie producer, Biodun Stephen, has accused officials of Economic and Financial Crimes Commission of harassment by barging into her hotel room.

Stephen via her Instagram page on Wednesday reveal how some EFCC officials broke into her hotel room at 3:00 am.

That is how I slept in a hotel whilst filming last week. Next thing, I open my eyes at a little past 3:00 am; what did I see? Two men dressed in black with weapons. I thought I was dreaming.

Then I heard the door to my room close; I sprang up, and without thinking, shouted. ‘Stay right there! Who are you?’ They replied, ‘we are EFCC’. My head spark. Are you kidding me? You enter into my room unannounced?” [sic]

The movie director further stated that the EFCC officials claimed that they knocked but got no response thus they entered unannounced.

“You decide to enter my room?” she asked them. “You should have kept on knocking. I was sleeping like any normal person would,” Stephen said.

One just open him mouth waaa… ‘where is the man of the room?’ I first confuse. ‘The who?’ He replied, ‘your partner.’ Anger well up inside me. Is this one roving mad?

His partner realised his folly because he quickly apologized. ‘You are not who we are looking for.’ I watched as they interviewed guests rudely and arrested a few. They knew the people they were after.” [sic]

According to the movie producer, she lost sleep afterwards, adding that she learnt bursting into hotel rooms was the ‘new thing’ with EFCC.

They just burst into hotel rooms in the middle of the night, not caring who you are or what state you are in. I mean, the hotel is a really decent hotel; so, I couldn’t understand how this could happen. They alleged EFCC barrages their way in. A mess, I tell you.

Reacting to the report, other entertainers took to the comment section to criticize the actions of the agency.

In response to one of the commentators, Stephen said the hotel claimed they were beat them into submitting master key of rooms by EFCC officials.

Reacting, spokesperson of EFCC, Wilson Uwajaren, in response to enquiry from ThePunch, emphasised the position of the Commission as released in a statement on their website on July 14, 2021.

Section 3 of the Advance Fee Fraud and Other Fraud Related Offences Act provides that, a “person who, being the occupier or is concerned in the management of any premises, causes or knowingly permits the premises to be used for any purpose which constitutes an offence under this Act is guilty of an offence and liable on conviction to imprisonment for a term of not less than 5 years without the option of a fine.

The Commission earlier warned hoteliers from allowing their premises and facilities to become havens for cybercrime.