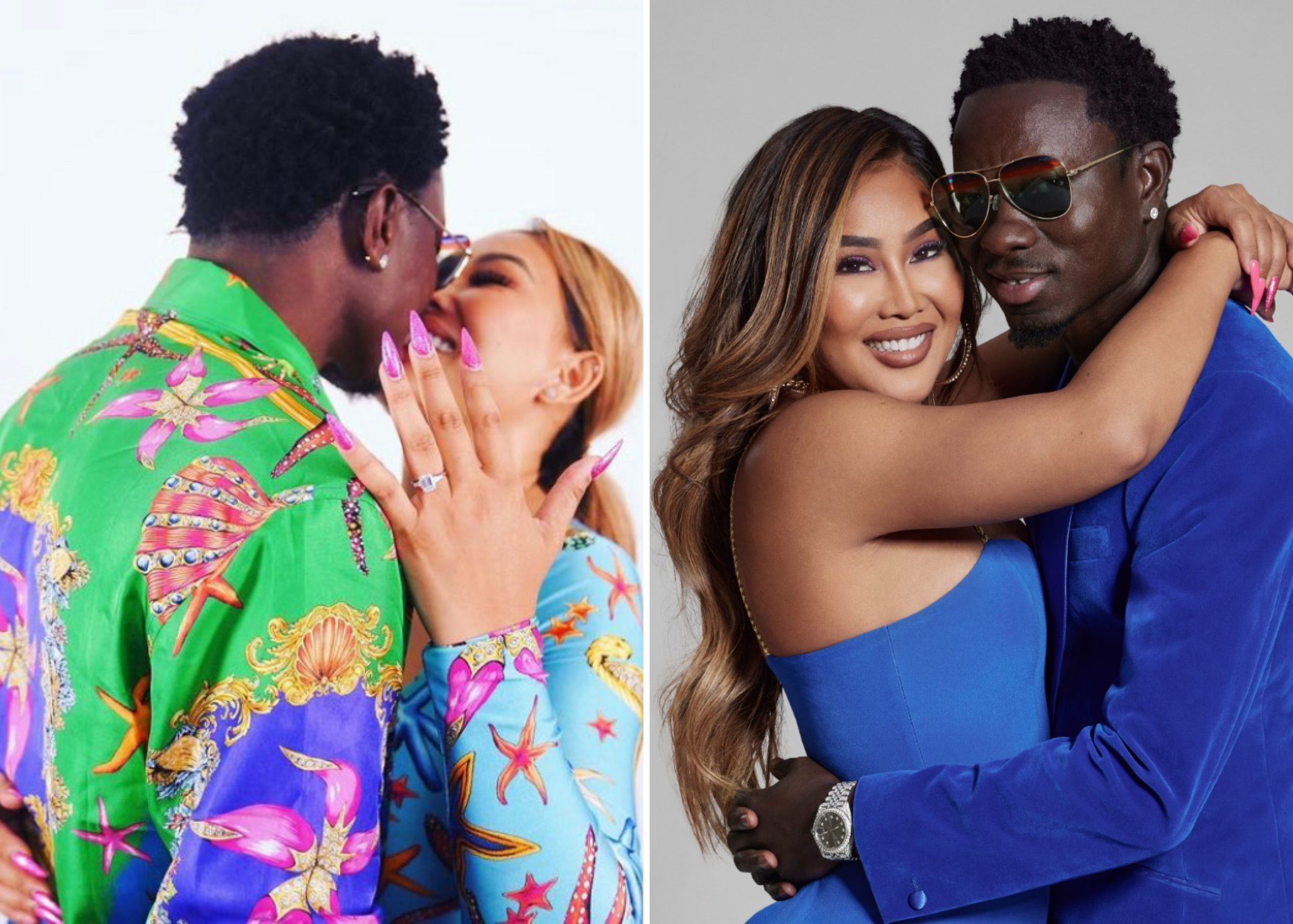 Ghanaian-American actor and comedian, Michael Blackson, has proposed to Rada, his girlfriend, during a live radio show.

On Thursday, the 48-year-old entertainer was a guest on ‘The Breakfast Club’, a popular American radio talk show, where he discussed several issues spanning his career and relationship.

During his conversation with Charlamagne, the show’s host, Blackson popped the big question to the surprise of his girlfriend and others on the show.

In a follow-up post on his Instagram page, the comedian described Rada as “definition of a great woman”, citing her loyalty over the years.

He also dismissed claims in some quarters that his girlfriend is “a gold digger”, saying the realtor is an independent woman who has never asked him for a penny.

Meet the future Mrs. Blackson @mzradadarling. Ladies men look for loyalty, regardless of what we put you through stay loyal to your man because we are fuck ups but we will eventually do the right thing.

Nothing good come easy so trust in God and what’s meant to happen will happen. I’m blessed to have Rada by my side, she’s the definition of a great woman.

Most of my haters call her a gold digger but believe me Rada has never asked for penny from me, she’s very independent and she’s actually the one that takes care of me plus I’m allowed a side chick a month.

Rada also took to her Instagram page to relish the moment, adding that the development was unexpected.

“I had no idea this was going to happen….I thought he was going to ask me about side beeches @breakfastclubam are my witnesses …. I ate my vegetables for the day and said yes to karats,” she wrote.