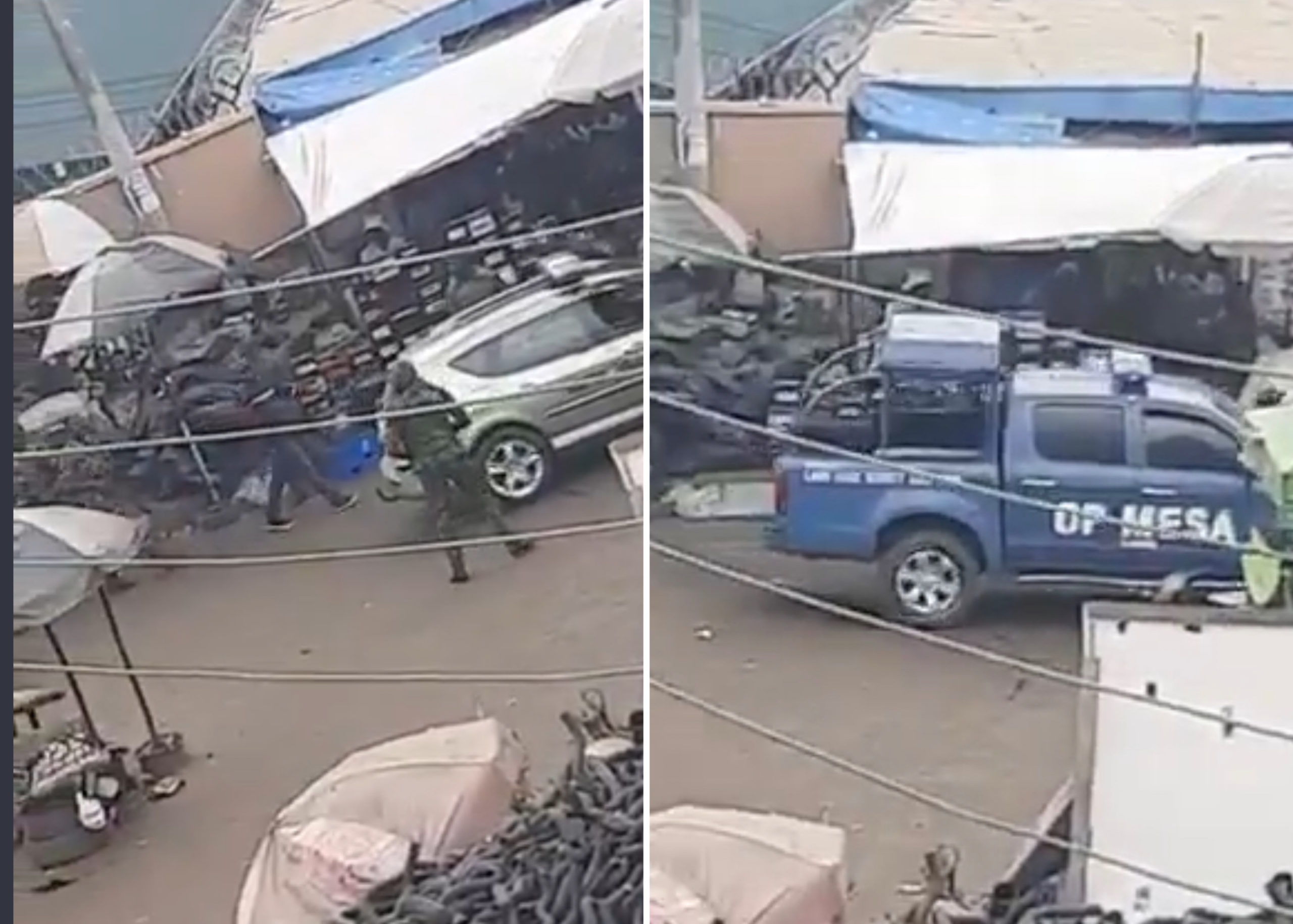 A clash between soldiers and traders at popular Ladipo auto spare parts market in Lagos state on Tuesday, July 13, has reportedly left at least 3 persons dead.

According to The Nation, while some said three persons were allegedly killed by the soldiers, others put the figure at five.

There are different versions of what led to the clash. While some claim the soldiers stormed the market and began to shoot indiscriminately, others allege that the soldiers of Operation MESA opened fire on traders following a disagreement over an item bought from a trader.

A trader who witnessed the incident told the publication;

We were here at our shops when soldiers came and started shooting. We all ran for our lives but some of our brothers were killed, others got injured. What we heard was that one of the soldiers had tried to return an item he got from a shop and that was what led to the scuffle.

Another trader, Emeka who claimed his brother was among those killed, decried the unfair treatment meted to them by the operatives.

My brother has been killed. The operatives intentionally shot at us instead of shooting towards the sky. I even saw one of the operatives who positioned himself in order to get a good view of his target before shooting. A young boy was also among those killed.

Watch a video from the scene of the incident below;

The governor of lagos @jidesanwoolu
or @HQNigerianArmy is yet to speak about this.
Young Igbos dead for doing business and nobody is talking about it.@nassnigeria @NGRPresident pic.twitter.com/nF06RxShQs