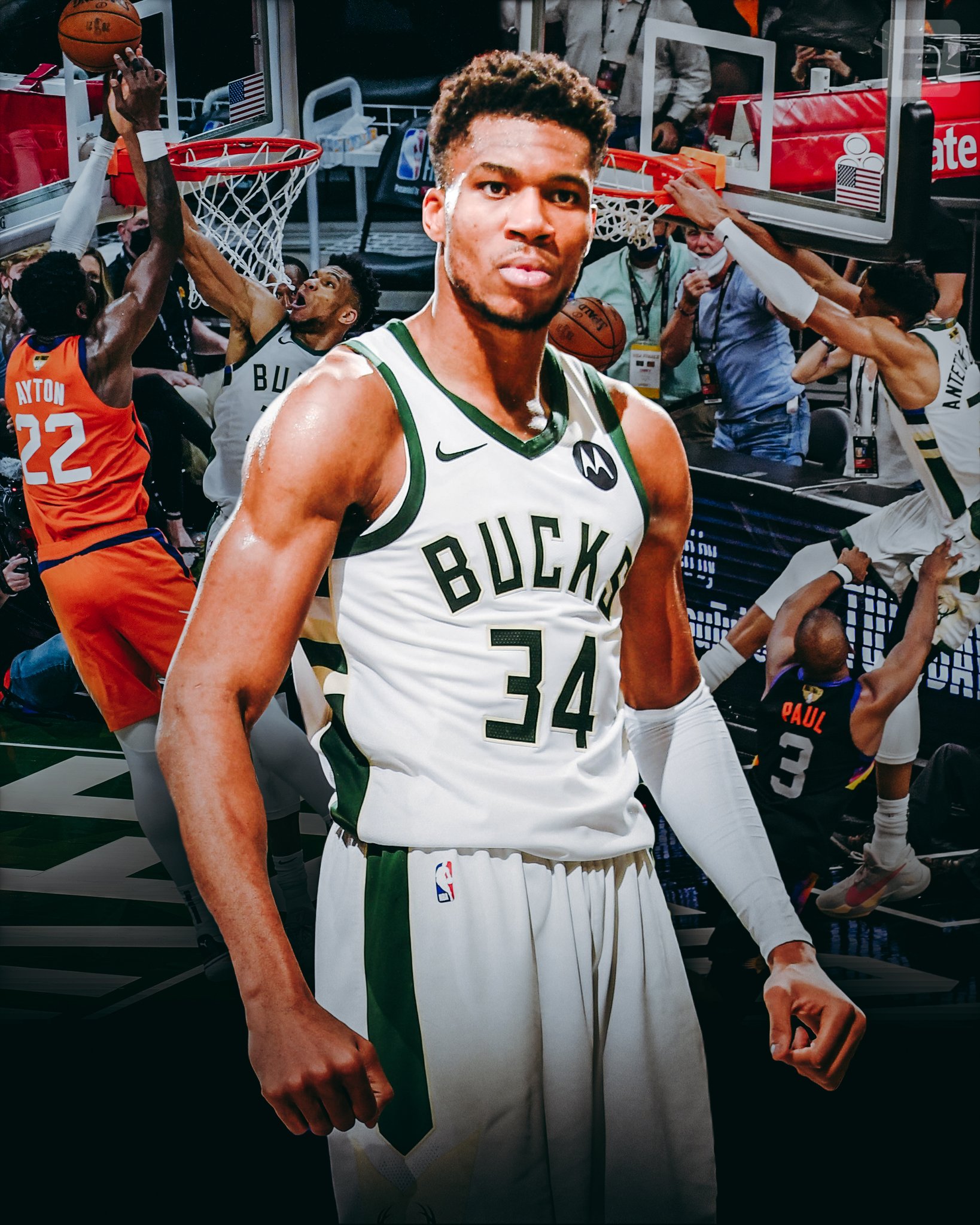 Giannis Antetokounmpo delivered a historic 50-point performance when it mattered most in leading Milwaukee Bucks to their first NBA title since 1971 by defeating the Phoenix Suns 105-98 on Tuesday.

Exactly three weeks after suffering a knee injury that appeared to put his role in the Finals in doubt, Giannis Antetokounmpo carried Milwaukee to their first championship in half a century.

The Bucks captured the best-of-seven NBA Finals by four games to two, becoming only the fifth team to claim the crown after dropping the first two contests.

The ‘Greek Freak‘ (as Giannis is fondly called) delivered arguably the best performance of his career at the best possible moment and now can add an NBA Finals MVP award to his two regular-season MVP trophies. 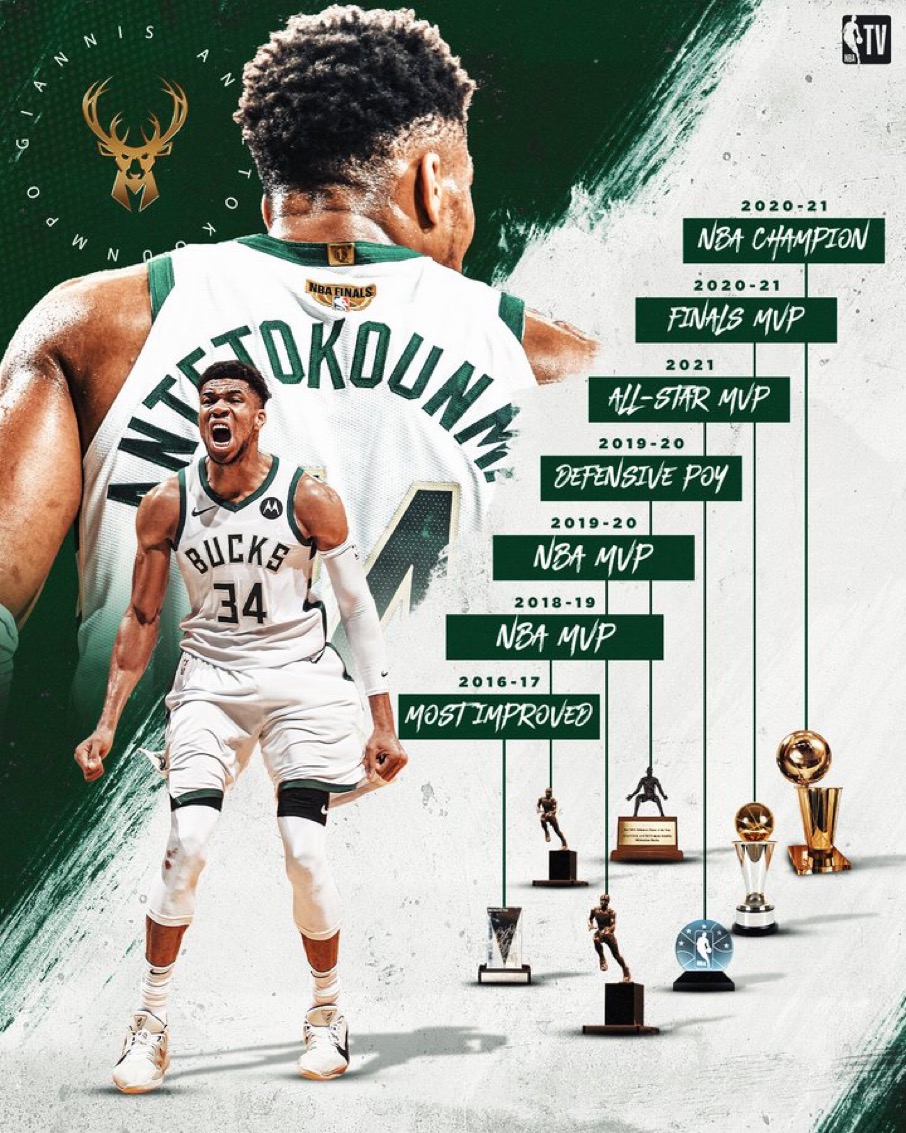 Just as Kareem Abdul-Jabbar led Milwaukee to their first championship in 1971, the 6ft 11in Antetokounmpo, who is born to Nigerian parents, made sure a big man also carried the Bucks to their next title.

Antetokounmpo was an easy choice for the Bill Russell Finals MVP award after collecting 50 points, 14 rebounds and five blocks. He had at least 40 points and 10 rebounds in three of the six games in this series. 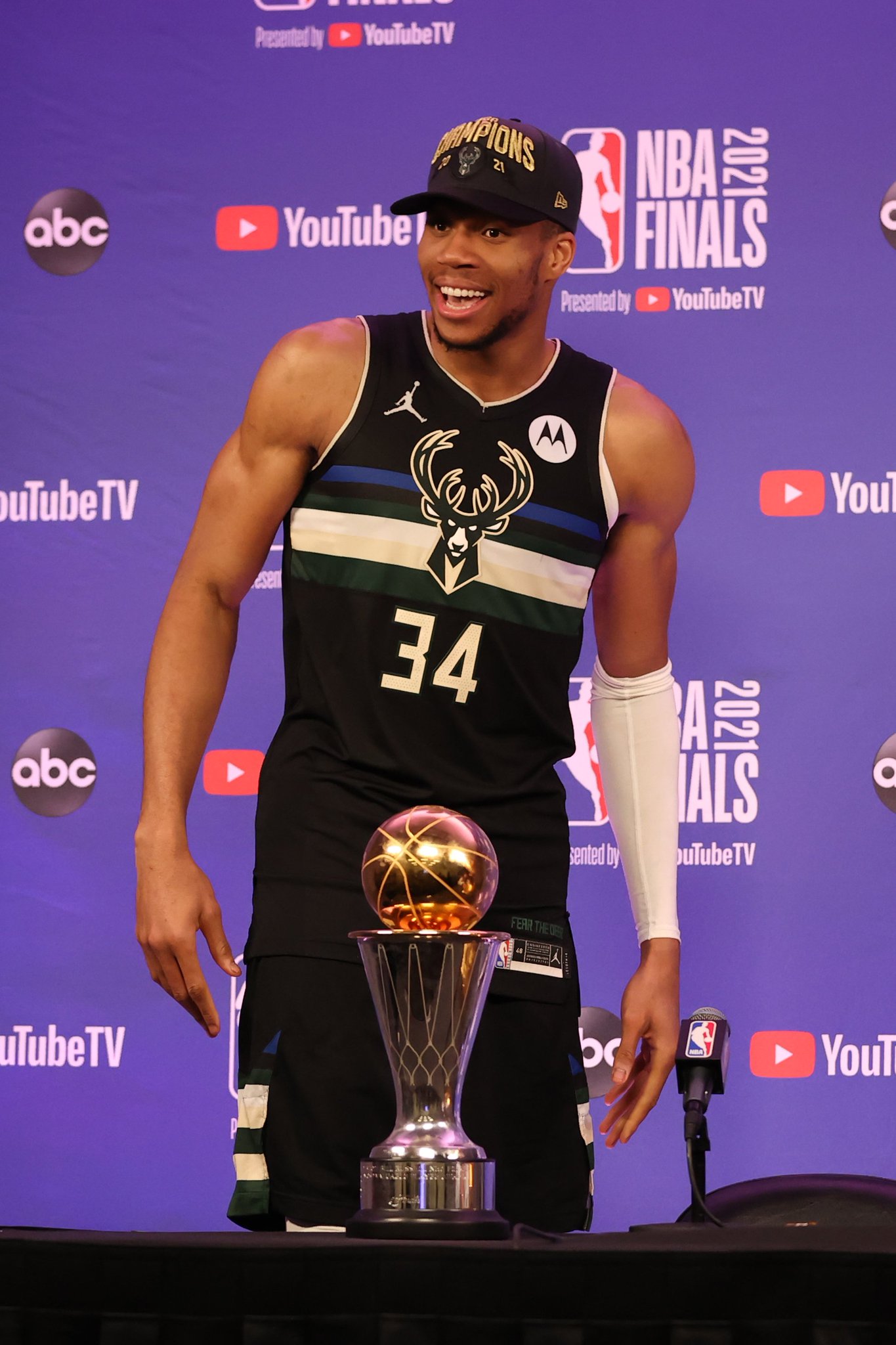 Antetokounmpo, only the seventh player in finals history with a 50-point game, made 17-of-19 free throws while adding 14 rebounds and five blocked shots as the Bucks went a NBA-best 10-1 at home in the playoffs to end a half-century title drought.

Read Also: Nigeria’s D’Tigers Follow Up Win Against US By Smashing World No. 4 Argentina

Speaking about the victory, Antetokounmpo stated;

The 26-year-old Greek forward matched the greatest scoring night in a close-out game in finals history, the 50-point effort by Bob Pettit in 1958 for the St. Louis Hawks over Boston.

“He put us on his back. When we needed him, he told us to just feed him,” Bucks guard Khris Middleton said. “It’s amazing to be on this journey with him.”

Two-time NBA Most Valuable Player Antetokounmpo, who had been questionable for the opener with a hyperextended knee, also equaled Michael Jordan and Hakeem Olajuwon as the only players to take NBA Finals MVP and NBA Defensive Player of the Year awards in the same season.

“He’s a special human being. I’ve learned so much from him. He’s a special leader,” said Bucks coach Mike Budenholzer. “These players are champions every day. They’ve embraced getting better every day.”

An expanded “Deer District” party zone outside the sold-out 20,000-seat arena welcomed 65,000 people watching on videoscreens and they had the celebration they had hoped to enjoy.

“I’m happy I was able to do it with this team for Milwaukee,” said Antetokounmpo. “And Coach Bud says we have to do it again.”

The Suns were foiled in their bid for the first crown in their 53-year history. Phoenix guard, Chris Paul, playing in the first NBA Finals of his 16-year at age 36, led the Suns with 26 points.

It hurts. Badly. But I’m also grateful we had this chance to play for a championship. The fourth quarter, it was pretty evident we just couldn’t score enough. We just couldn’t convert.