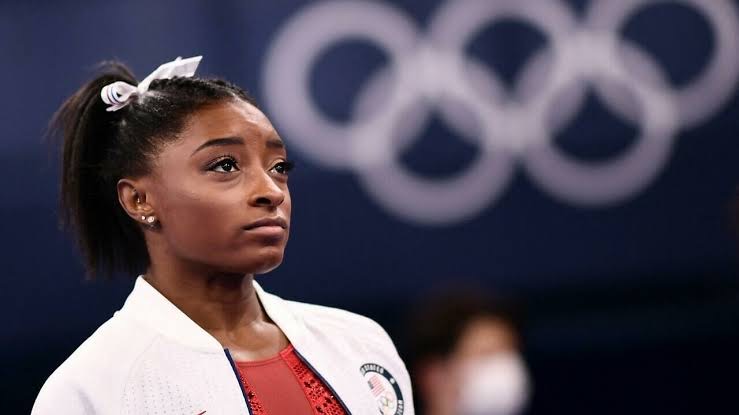 Gymnastics superstar, Simone Biles has said mental health concerns led to her withdrawal from the women’s team final at the Tokyo Olympics on Tuesday.

“I have to do what’s right for me and focus on my mental health and not jeopardize my health and my wellbeing,” the 24-year-old American said after her team were beaten by the Russian quartet in her absence.

Biles exited the final at Ariake Gymnastics Centre after a lacklustre opening vault and walked off the competition floor before returning a short time later.

The gymnast, who made history earlier this year when she became the first-ever female gymnast to perform the incredibly risky and complicated Yurchenkodouble pike vault, stunned spectators when she made a very uncharacteristic error in the team final, bailing out of the skill she had planned to do while in mid-air.

Adding to that, Biles‘s knees then buckled on the landing, propelling her towards the mat – although she narrowly avoided falling to the ground.

Shortly after the dramatic error, Biles left the stadium with her trainer and was closely followed by medical staff – sparking fears that she had sustained a serious injury.

She returned moments later but pulled out of the uneven bars, the second apparatus the USA were attempting with reserve Jordan Chiles stepping up, and shortly after, it was revealed that she had been taken out of the competition altogether.

The US team immediately withdrew her from the rest of the final.

After she joined her teammates to collect their silver medals, four-time Olympic champion Biles confirmed she had not been injured.

I just don’t trust myself as much as I used to, and I don’t know if it’s age. I’m a little bit more nervous when I do gymnastics.

“I feel like I’m also not having as much fun, and I know that this Olympic Games, I wanted it to be for myself,” she said, as she began to cry.

It just sucks that it happens here at the Olympics Games… with the year that it’s been, I’m really not surprised the way it played out.