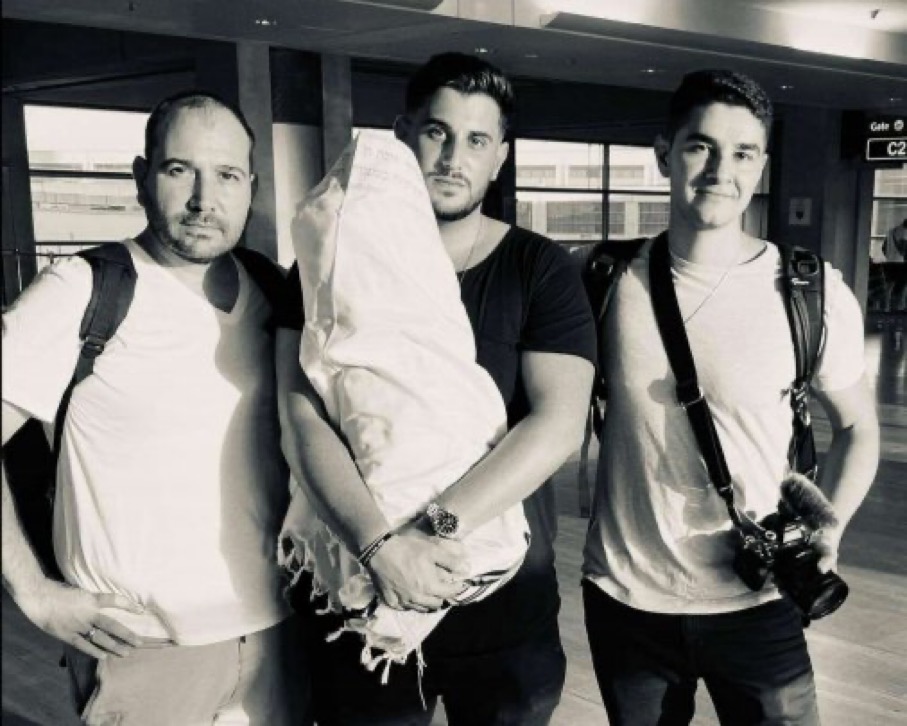 State Security Service (SSS) has released three Israeli filmmakers in its custody, after they spent 20 days in detention without being charged to court.

A Zionist activist, Rudy Rochman, filmmaker Noam Leibman and French-Israeli Journalist E. David Benaym were arrested on July 9, by the secret police over allegations of supporting the activities of outlawed Indigenous People of Biafra (IPOB).

The trio were arrested during a visit to Ogidi village, Idemili North Local Government Area of Anambra State to shoot a documentary, “We Were Never Lost”, which explores Jewish communities in African countries such as Kenya, Madagascar, Uganda, and Nigeria.

However, they were released from prison on Tuesday night and boarded a flight back to Israel on Wednesday evening. Their flight was scheduled to land in Israel at 09:00 a.m. (Israel time) on Thursday, a statement jointly signed by the filmmakers and shared on their Instagram page read.

Narrating their ordeal, they claimed that they were taken to SSS facility in Anambra where they spent 24 hours before being transported to the its headquarters in Abuja, “with dangerous transport.”

According to them, Nigerian bloggers hijacked images from the social media pages of “We Were Never Lost” and “fabricated an association between the Israeli crew to separatist movements in Southern Nigeria likely in order to gain more publicity”.

Nigerian government ‘suspected’ the team and took them into custody by over a dozen DSS men with black ski masks at gun point. From the moment they were taken their phones and passports were stripped from them. and they were at no point of their detainment able to contact anyone.

The Israelis said they were locked in a small cell with no access to showers or clean clothes, and “were interrogated and mistreated without ever officially being arrested or accused of anything. There were countless human and international violations that occurred, which can and will be discussed in depth at a later time”.

The three weeks in captivity has only fueled the team’s desire to tell the stories of the Igbo Jews and will continue working for them to get mainstream reception.

Also, an elderly Igbo woman “Ima Lisbon” who is a leader of the Jewish community in Ogidi, was arrested by the secret police “and is still being detained in inhumane conditions. When they all arrived in Abuja she was separated from the team and kept in a different building”.

One of the men entered Nigeria on a French passport, and the other two on American passports.