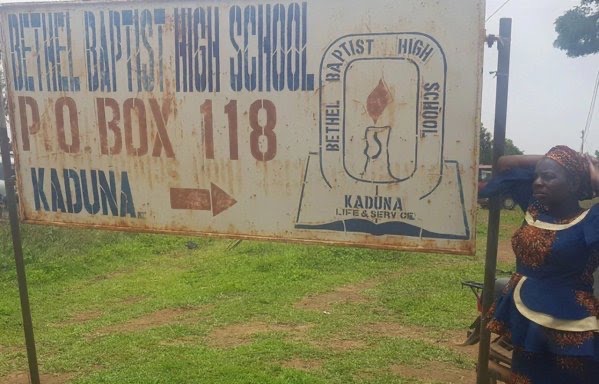 Two weeks after abduction from their school, two students of Bethel Baptist High School in Chikun Local Government Area of Kaduna State have escaped from their kidnappers’ den.

According to Daily Trust, a senior staff of the school, who doesn’t want to be mentioned, disclosed this to the new development on Thursday.

“Yes, the two students escaped from their abductors,” the source simply said.

Reports say the escaped students, who are brothers, are currently receiving treatment at an undisclosed hospital.

This makes it three students who have regained freedom as one was released on health grounds on Monday by the bandits.

It would be recalled that on July ‎6, bandits in large numbers stormed the school located by Kaduna-Kachia highway and abducting 121 students.

He said the students were found in the bush by the police and taken to the hospital, saying one is 20 years old while the other is 16 years old.

On the 21st July, 2021 at about 1530hrs, the Kaduna Police Command got information from a good Samaritan to the effect that two students of Bethel Baptist Secondary School were sighted and be­lieved to have escaped from their captors hence, his re­port to the Divisional Police Officer (DPO), Rijana.

The DPO immediately swung into action, got hold of the two students to safety.

During preliminary investigation, the students were identified as Emman­uel Mangwai ‘M’ 20yrs and Mathias Mangwai ‘M’ 16yrs both students of Bethel Bap­tist School, Maraban Dami­shi, Chikun LGA of Kaduna State who were Kidnapped a fortnight ago.

Therefore, a total of 119 students are still in the bandits’ custody and the assailants have demanded N500,000 ransom for each of the students.