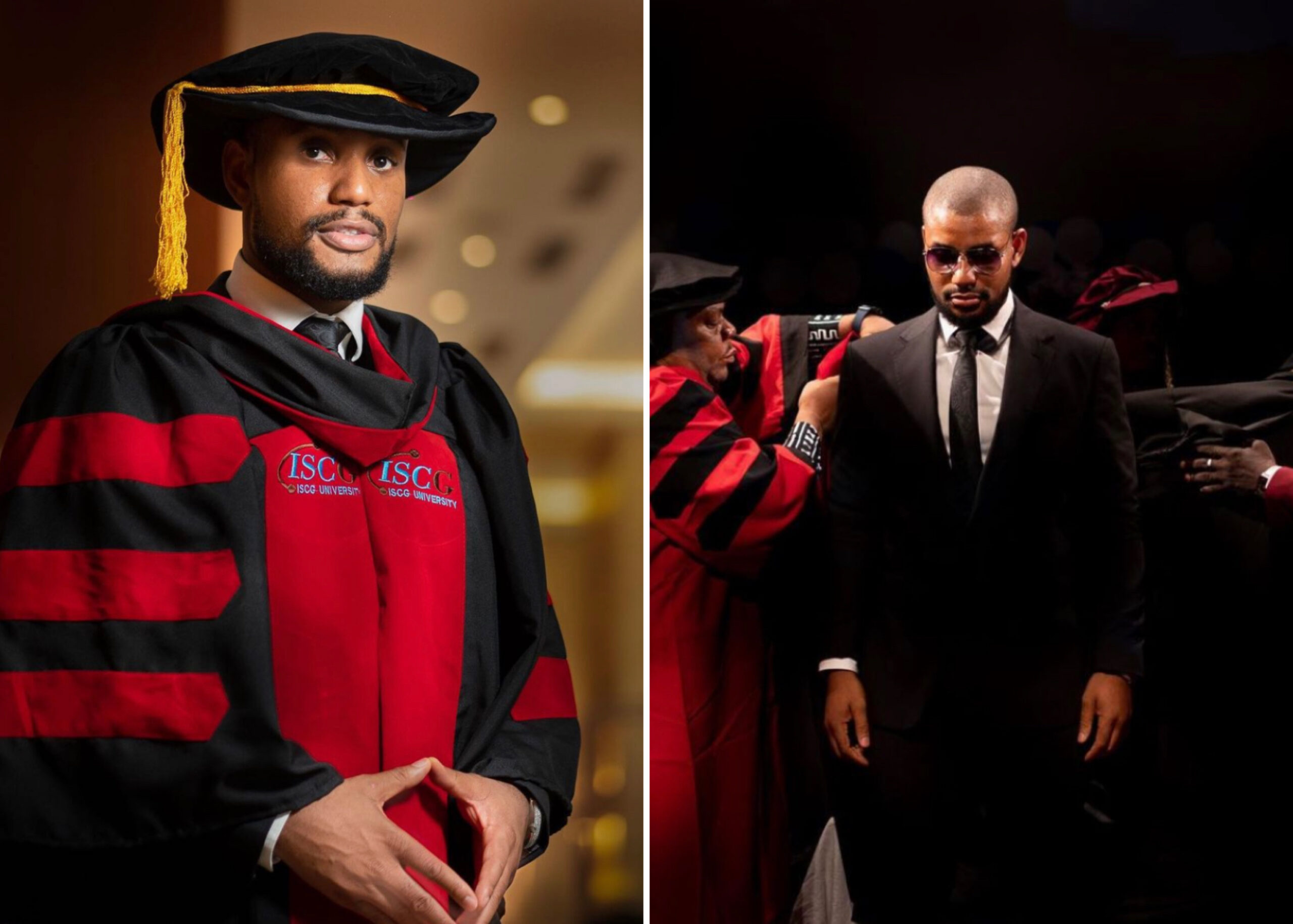 The movie star took to his Instagram page on Sunday, August 29, 2021, where he shared photos from the ceremony.

He also accompanied the post with pictures of himself adorned in a graduation gown.

Introducing, Dr Alexx Ekubo. Thanks to the governing council of the Institut Supérieur de Communication et de Geston (ISCG UNIVERSITY) for conferring on me Doctorate (Honorary) Degree in Arts & Culture.

Ekubo has established himself as a force to reckon with in the Nigerian movie landscape since he made his film debut in ‘Sinners in the House’, a 2005 project.

He joins other celebrities including Peter Okoye, Mike Ezuruonye and Kaffy that have bagged doctorate degrees from higher institutions in Benin Republic.

The actor’s announcement comes few days after his former fiancee, Fancy Acholonu called off their engagement about three months before their wedding.

Hey guys, I am writing to inform you all officially that I have ended my relationship and engagement and I have called off the wedding with Alex Ekubo. I am aware this may be a shock to many people. I made the best decision for myself, because it is important that everyone finds happiness and live in their truth. At this time, my family and I ask for you all to please respect our privacy. Thank you so much.

Acholonu made the statement barely 24 hours after rumours emerged that that their relationship had collapsed.

The duo got engaged in May, with their traditional and white wedding fixed for November.

Ekubo is yet to react to the news of their separation as at the time of filing this report.