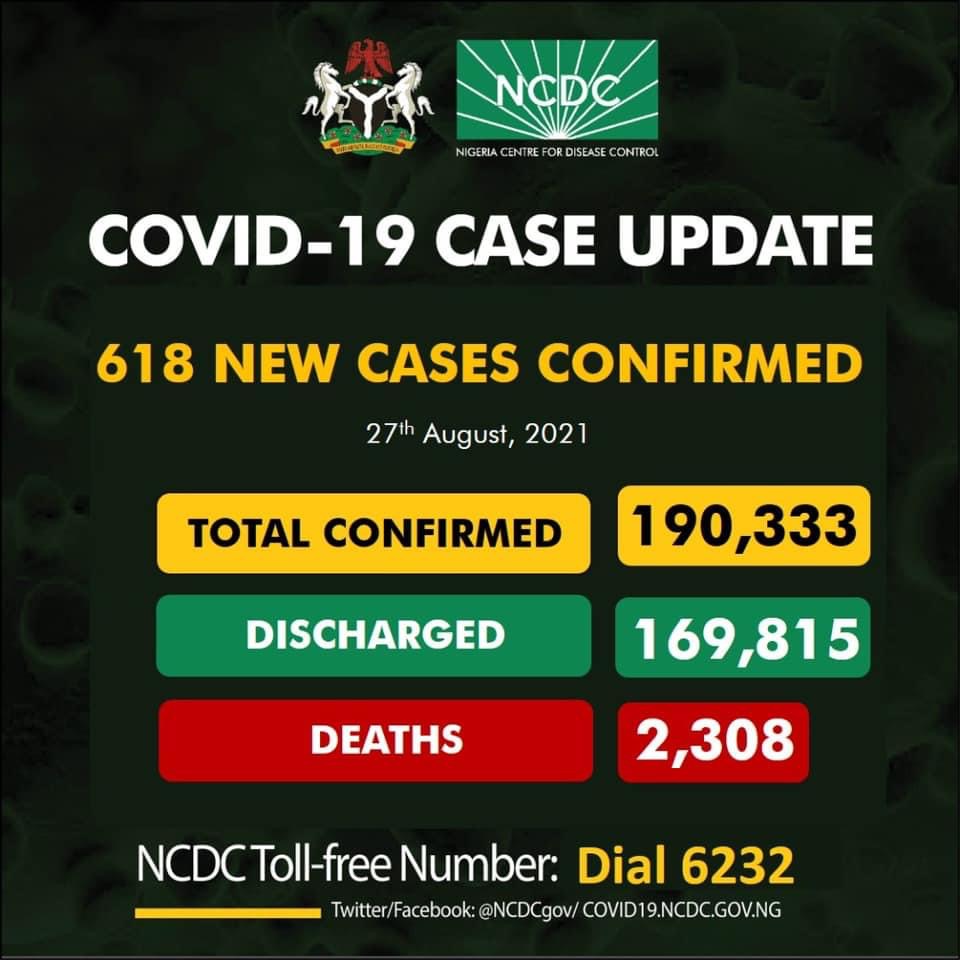 Nigeria Centre for Disease Control (NCDC) on Friday night disclosed that 10 more people have died from the coronavirus pandemic, as the country’s infection toll hit 190,333.

Data from the disease centre shows that the fatality toll now stands at 2,308, as additional 618 new infections were confirmed across 14 states of the federation and the Federal Capital Territory (FCT).

The data also indicates that the new cases increased Nigeria’s number of active cases to 180,210 from 17,791 reported 24 hours earlier.

Rivers State recorded 47 cases to rank fourth in contrast to 217 cases reported a day earlier, followed by Ekiti and Plateau States with 20 cases each, while Delta and Kwara states registered 15 and 13 cases respectively.

Ogun State in the South-west and Benue in the North-central recorded three cases each, just as Gombe and Kaduna States recorded only one case each.

As part of efforts towards limiting the impacts of the pandemic on the populace, the Nigerian government has enjoined Nigerians to prioritise vaccination especially with the second phase that is ongoing nationwide.

Lagos residents say they are finding it hard to get vaccinated in the ongoing second phase as many of the vaccination centres are already closed.