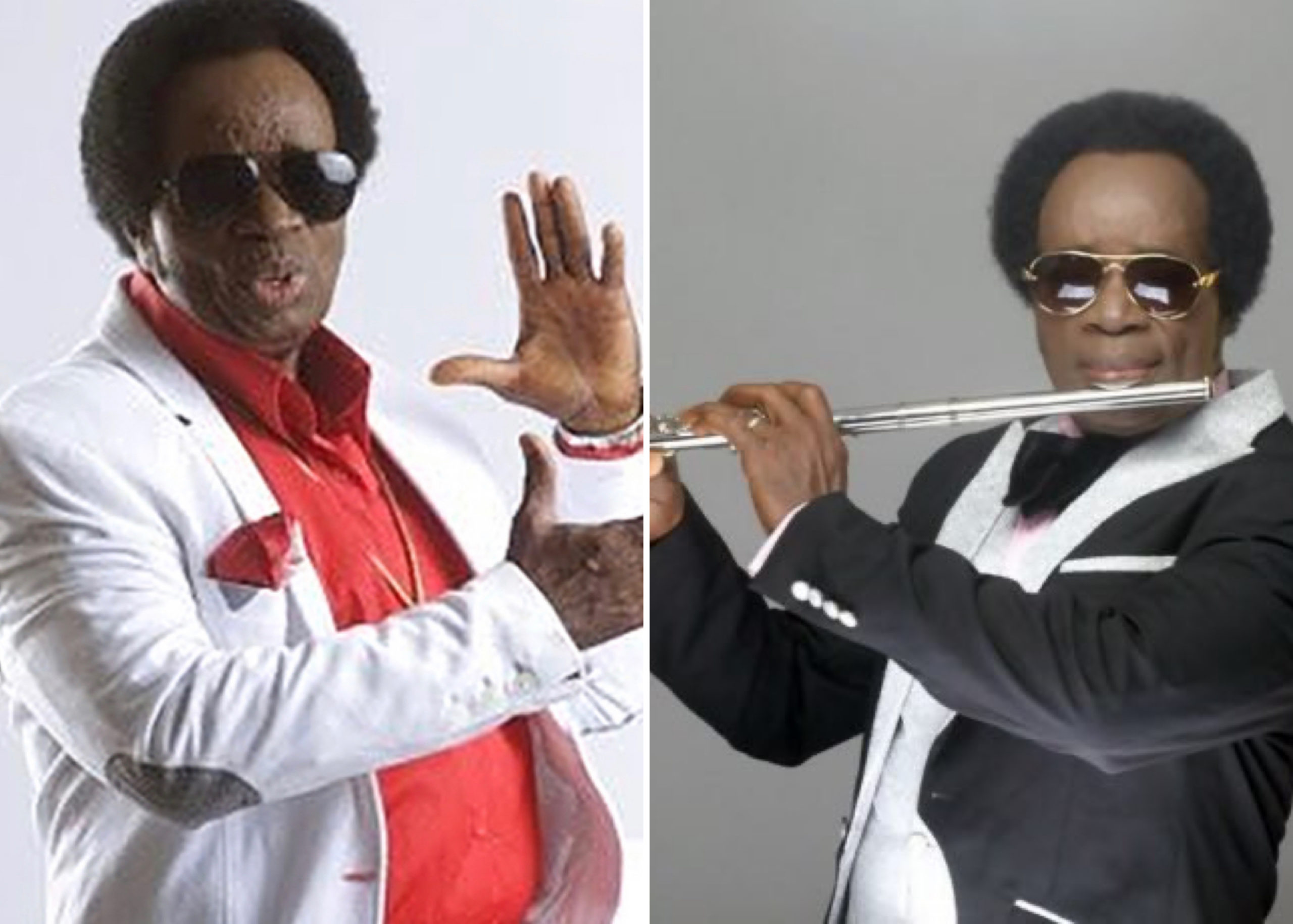 The music icon, who will be remembered for hit songs like ‘Mami Water’, ‘Joromi’ and ‘Guitar Boy’, was a multi instrumentalist and a renowned virtual artist.

One of his children, Uwaifo Peter de Rock, broke the news of the demise of the Professor of Visual Arts at University of Benin on his social media page on Saturday evening.

While Peter did not disclose the cause of the death of his late father, he nevertheless, expressed anguish at the passing of the music star.

“Daddy. Why Did you leave us now. Prof sir Victor UWAIFO has gone to rest. Black Saturday for me now. One week now after collaborating with me”, the young Uwaifo wrote with sad face emoji. 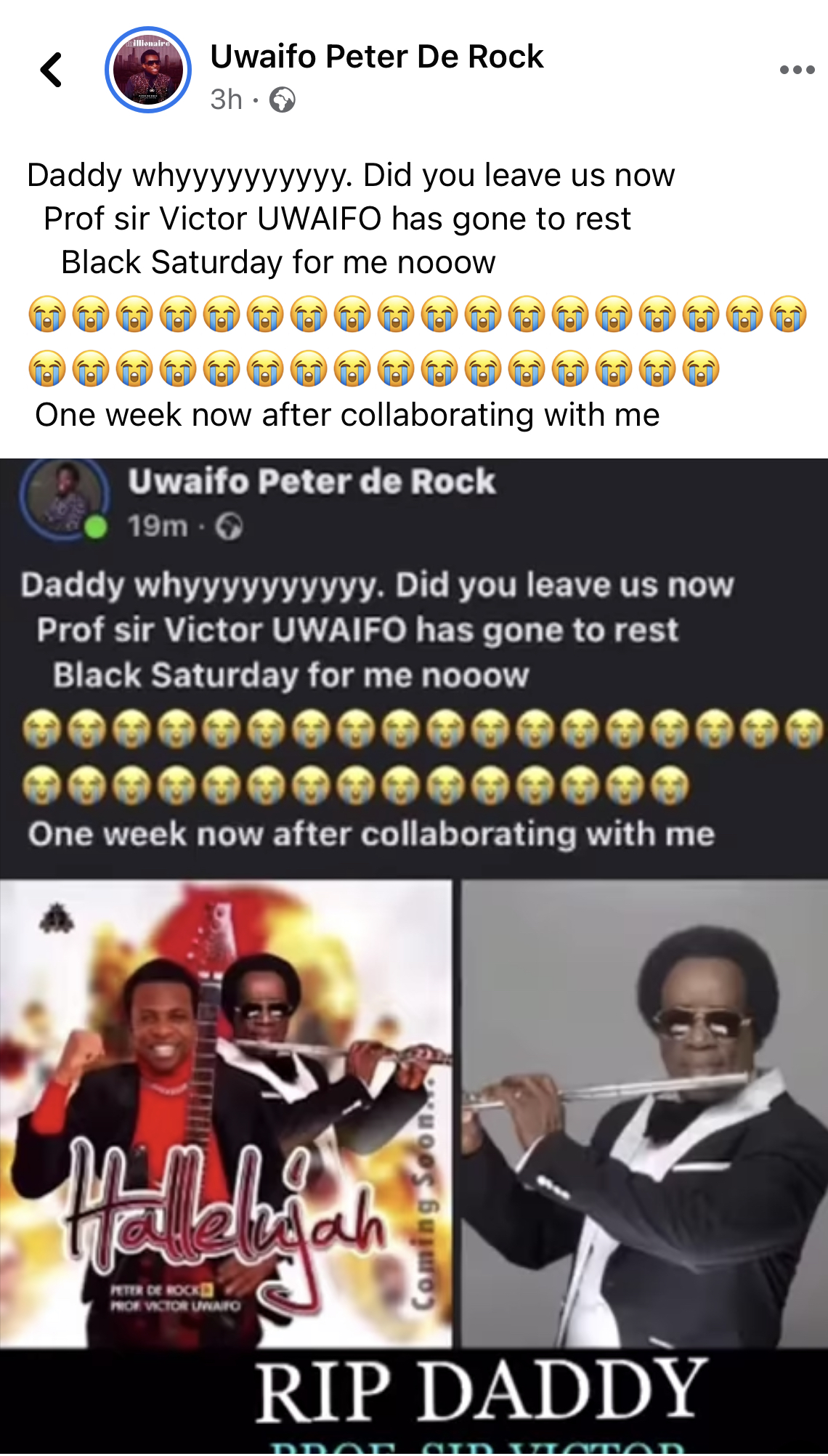 Also, family members say they are in a terrible shock but will provide an official statement in due course.

He got his first degree at age 54 with first class honours, masters degree at 56, and a doctorate at 77.

The legendary musicologist served as Commissioner for Arts and Culture under the governorship of Lucky Igbinedion between 2001 and 2003.

Sir Uwaifo, who played the guitar and flute with dexterity, is known for his dancing steps. He is also the first professional musicians to be awarded with the National Merit Honours of Member of the Order of the Niger (MON).

He won many musical awards both nationally and internationally. His stagecraft and music prowess left millions of his fans in awe throughout his career.