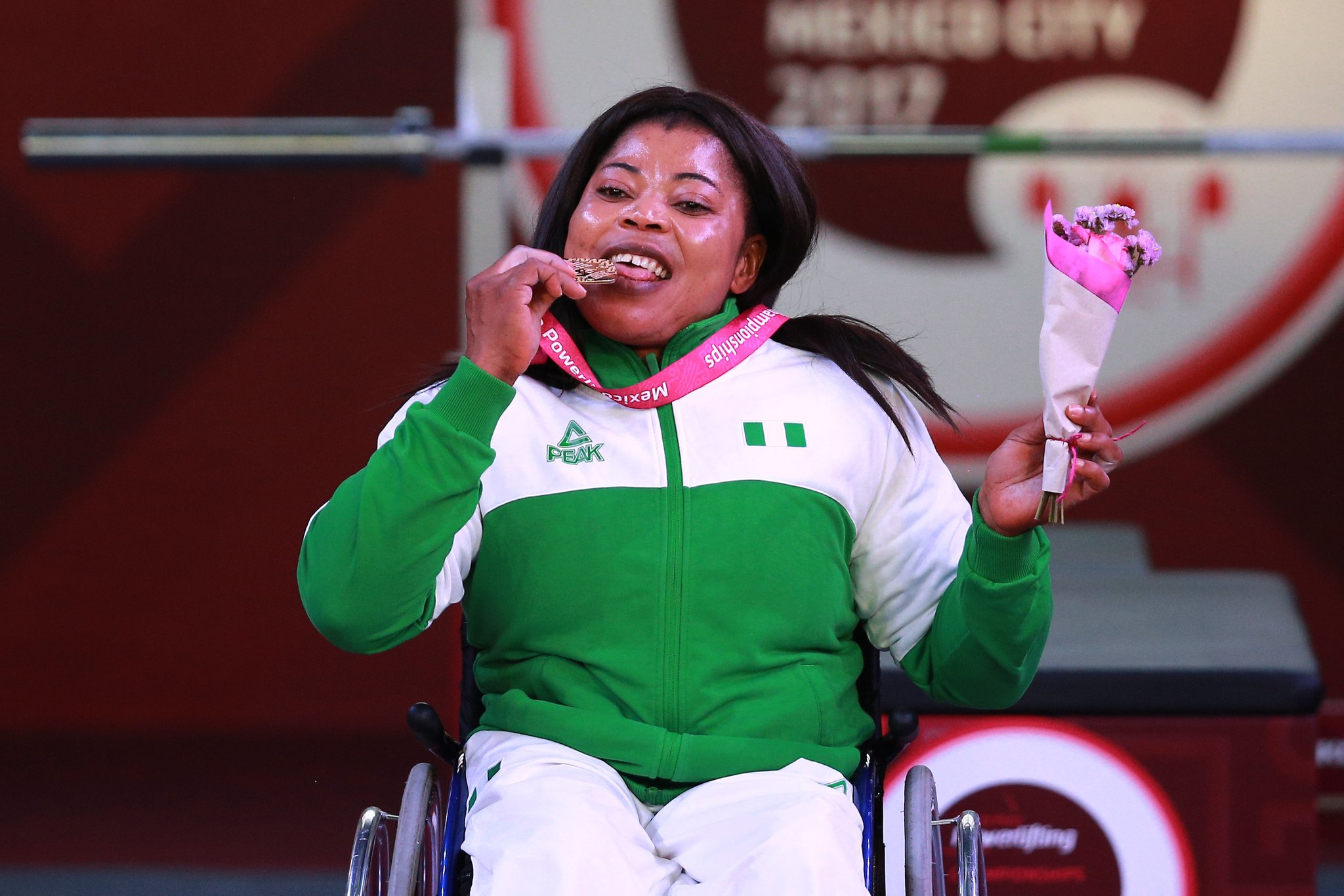 Nigeria’s Lucy Ejike has on Saturday, August 28 won a bronze medal in the women’s Powerlifting at the ongoing Tokyo Paralympic games.

Ejike, who successfully lifted 130kg in her first attempt lost the pole position to Amalia Perez of Mexico, old-time arch-rival, who lifted 131kg in her final attempt to improve on her 125kg and 126kg first and second attempts.

Kuziena Ruza of Uzbekistan, who improved after failing to lift 126kg in her first and second attempts, won the silver medal with her final lift of 130kg.

The Nigerian number one was flagged red twice by all three judges in her second and final attempt of lifting 135kg.

BRONZE for Team Nigeria! Lucy Ejike missed out on the GOLD medal in women’s -61kg after her opponents: Mexico’s Amalia Perez (131kg) & Uzbekistan’s Ruza Kuzieva (130kg), matched her opening weight of 130kg. Ejike failed her last two attempts at 135kg and had to settle for Bronze pic.twitter.com/vOe3GCmdmY

However, Innocent Nnamdi failed to record any score having failed to lift the 200kg in the 71kg men’s category.

Taliban: Afghanistan Athletes Will No Longer Participate In…