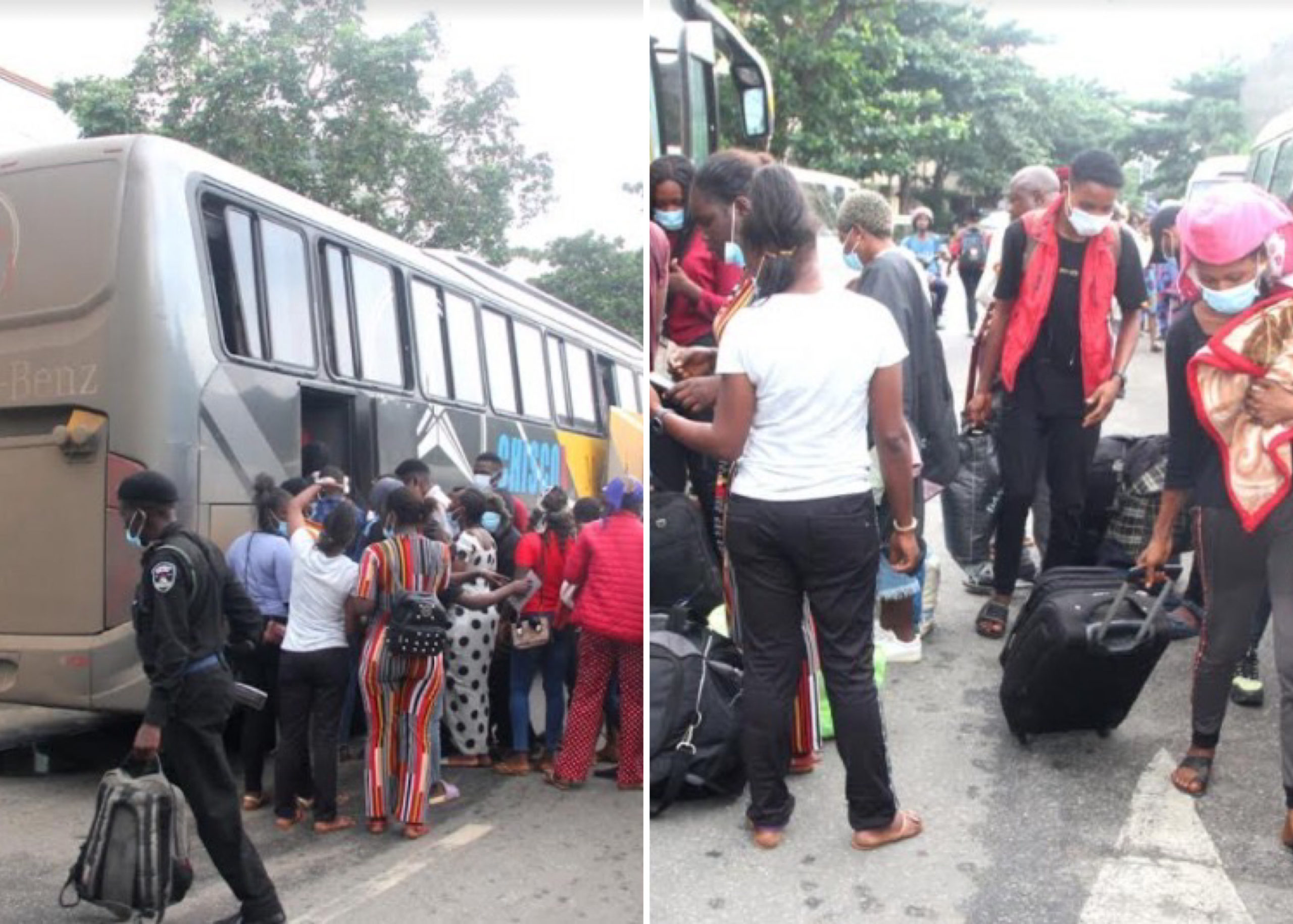 Governor Babajide Sanwo-Olu of Lagos State has evacuated a three-week-old baby girl, her mother and other undergraduate students from the University of Jos (UNIJOS), Plateau State, following the recent attacks and killings in the state.

The first set of evacuees comprised 64 UNIJOS students and the three-week-old-baby, named Daniella, who was reported to have been delivered shortly before the crisis in the state by the mother, Manya Banfe, a 200-Level student.

They arrived in Lagos on Friday afternoon and they were received at the government house by Gbenga Omotoso, commissioner for information and strategy, who represented Babajide Sanwo-Olu, governor of Lagos, before being released to their families.

The evacuation came just as the neighbouring Ogun State began a similar move, this week, to return stranded students and youth corps members from Jos to Abeokuta.

The students, who were accompanied by security agents and government officials, arrived at the Lagos State Secretariat, Alausa at 1:56 p.m. with their belongings in a luxury bus and other vehicles after long hours of journey from Jos to Lagos.

The students were so excited to be evacuated from crisis-hit Jos and other parts of Plateau State currently experiencing violence and killings in the last few weeks.

They sang praises and showered praises on Governor Sanwo-Olu and top officials of the Lagos State Government for rescuing them from what they described as the ‘war zone.’

While receiving the students, Omotoso said the evacuation shows that Lagos State Government had the capacity to respond to any emergency when it concerns the people of the State, especially the youth.

He said welfare packages had been arranged for the students to return to their families safe and sound.

Omotoso, who thanked God that no student from Lagos lost their lives in the incident and during the rescue operation, urged them to observe COVID-19 safety protocols and not to lose touch with their studies, as they returned to Lagos.

Also speaking, Permanent Secretary of Office of Special Adviser to the Governor on Education, Kasali Adeniran, said the evacuation of students and indigenes of Lagos State was another landmark event by Sanwo-Olu administration.

Adeniran also restated the incumbent administration’s commitment to the safety and security of Lagos citizens.

He noted that Babajide Sanwo-Olu government has demonstrated good governance in providing an enabling environment as well as being on point when it comes to safety and security of lives with the evacuation of UNIJOS students.

Speaking on behalf of the UNIJOS students, a 200-level student of the Department of Religion and Philosophy of the institution, Clinton Shotikare, thanked Governor Sanwo-Olu for coming to their rescue.

See some photos of the evacuated students below; 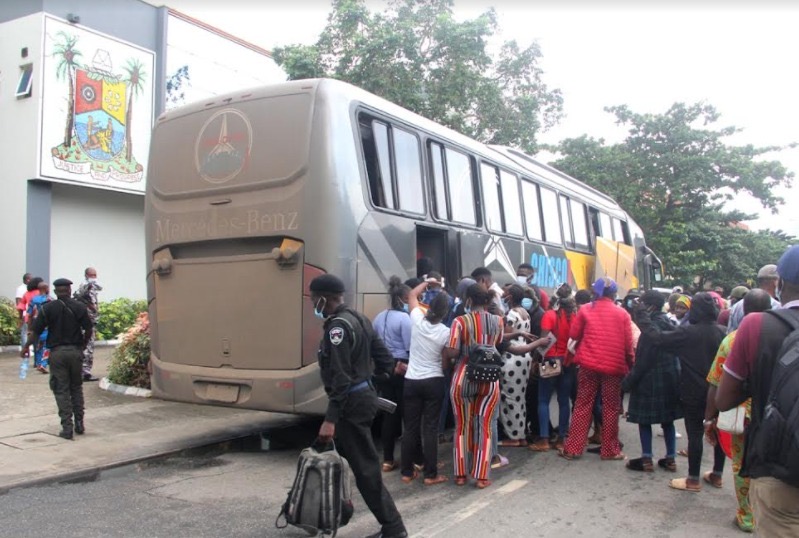 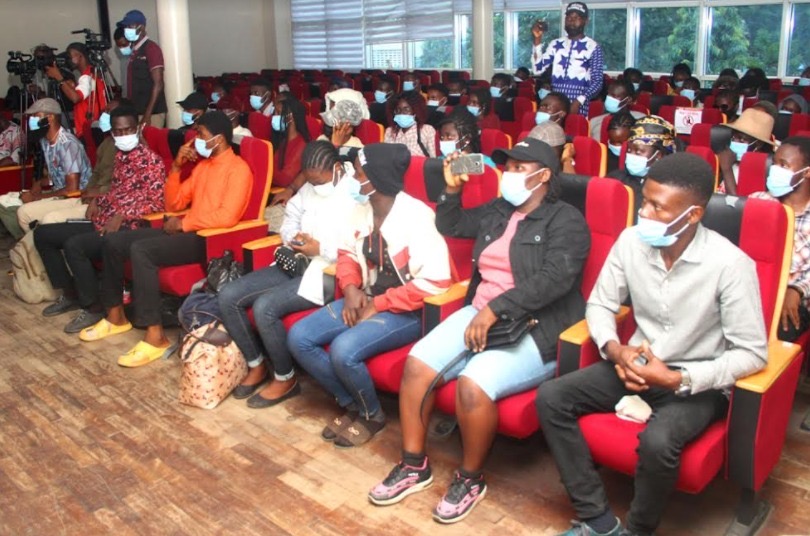 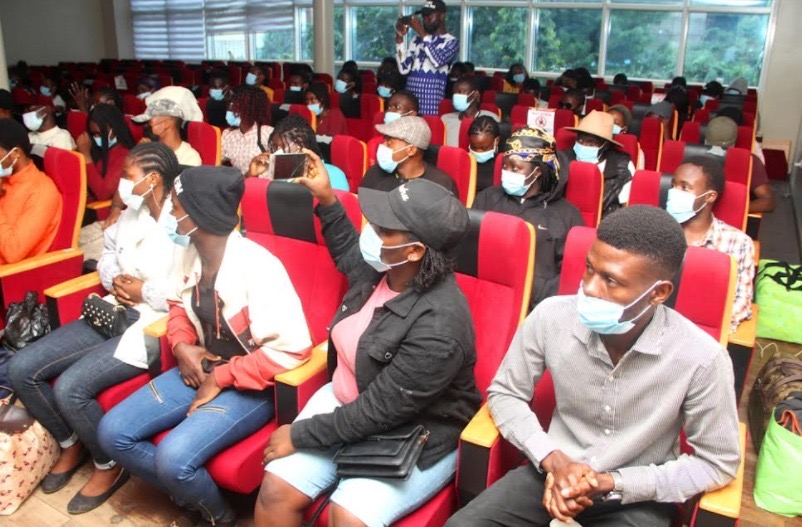 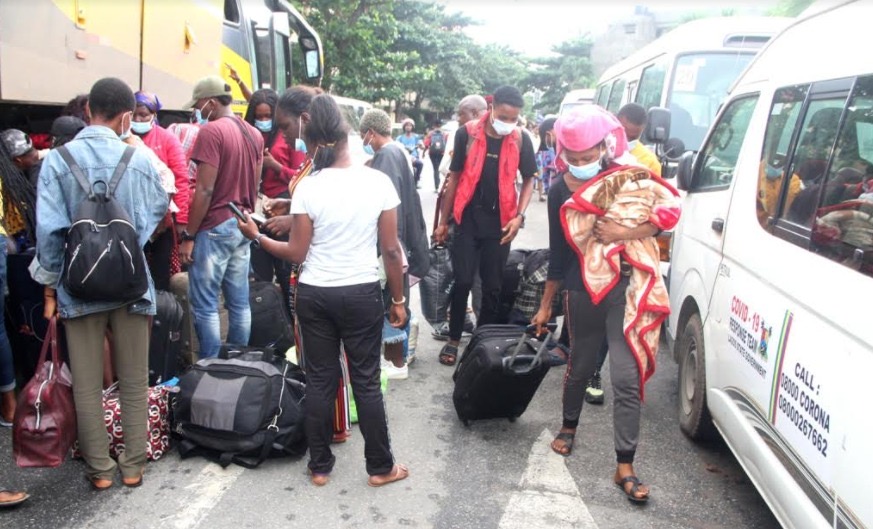