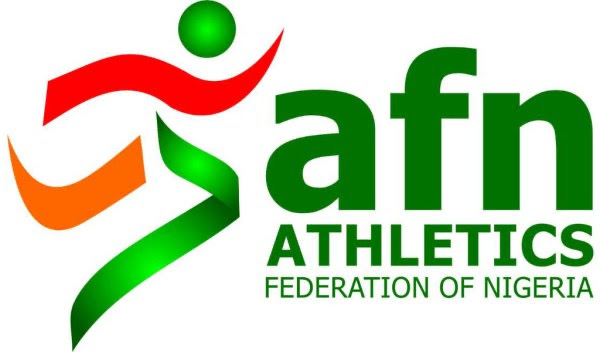 German sportswear manufacturing company, Puma has announced the termination of their 4-year contract with Athletics Federation of Nigeria (AFN) over the failure of Team Nigeria athletes to wear its kits at the ongoing Tokyo 2020 Olympic Games.

The German company announced the termination of the deal in a letter dated August 4, which was signed by PUMA’s Director, Manuel Edlheimb and addressed to Director-General of Ibrahim Gusau-led AFN, Siminilaye Pepple.

We are referring to the licensing and sponsoring agreement signed between our company and your federation. As a direct consequence of the recent developments, particularly at the Tokyo Olympic Games 2020 and pursuant to clauses 9.2 and 7.3 of the Agreement, we hereby terminate the Agreement with immediate effect.

PUMA especially declares to be discharged from any or all obligations towards all stakeholders involved and reserves all rights against these entities and individuals. 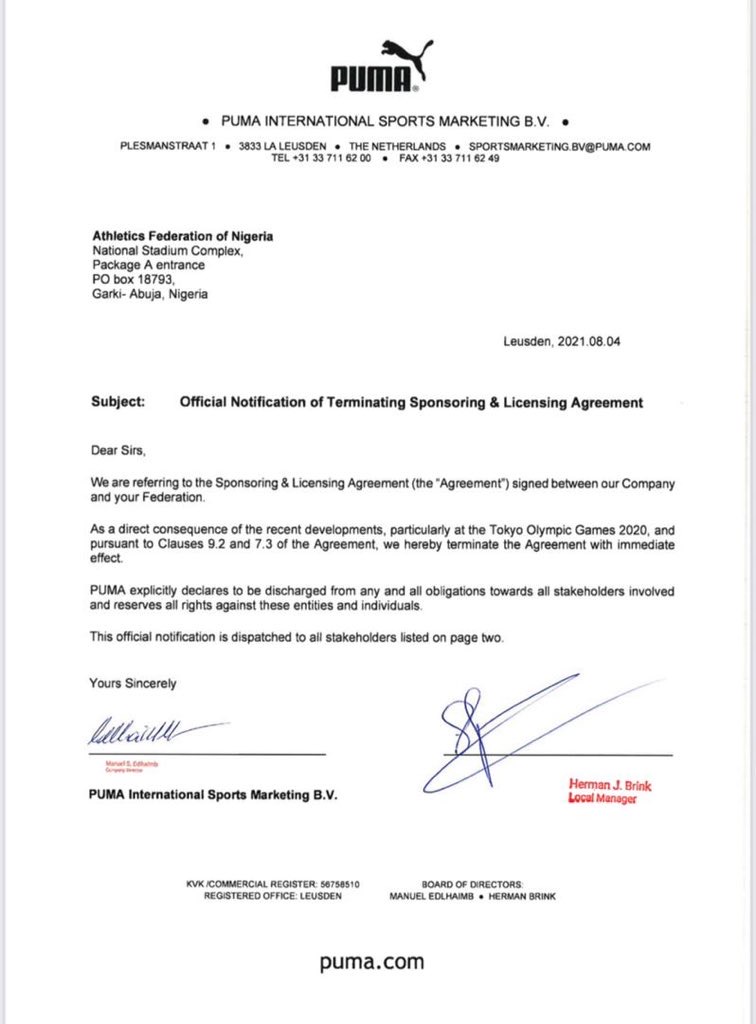 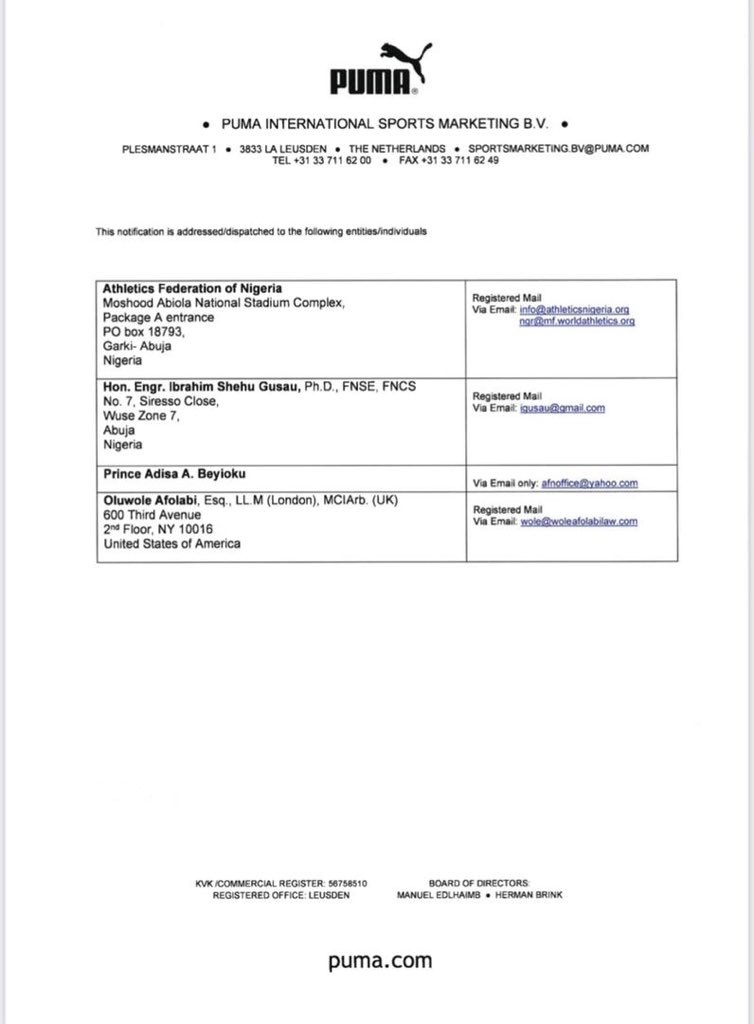 The contract was signed on July 24, 2019, in Doha by the AFN board under Ibrahim Gusau. It was expected to expire in 2022 but it’s the genesis of a major crisis that the athletics body is battling to date.

The crisis is caused the split of the athletics body into two factions, with both Gusau and his Vice President, Sunday Adeleye were accused of sidelining other members of the board during the signing of the deal.

A significant section of the deal stated that Puma will supply kits to all age categories to Nigeria’s athletics team for four years.

The contract also includes monetary rewards for Nigerian athletes who wear the sportswear during medal presentations at the Olympics games — with gold medalists earning $15,000, silver medalists getting $5,000 while a bronze medal will attract $3,000.

These are the $2.7 Million kits freely donated to Nigeria by @PUMA and an offer of financial reward to our medal wining Athletics,which was rejected by Our officials;They instead used Public funds to purchase from other sources;And now the embarrassment in Tokyo. pic.twitter.com/fV29rkgFzX

However, the contract has led to an ongoing legal battle between the sports ministry and the factional board of AFN.

In addition, Gusau, alongside Sunday Adeleye, technical director of the body, was dragged to court by Nigeria Police Force (NPF) for the alleged diversion of over $75,000.

Consequently, the ministry failed to allow the Nigerian athletics team to wear the Puma branded apparel at the ongoing Tokyo Olympics, arguing that it’s “a subject of a criminal investigation” despite Gusau group sending them to Tokyo.

It is common knowledge that the former AFN president, Ibrahim Shehu Gusau, with his co-travellers, is desperate to extricate himself from a contract that he controversially signed the AFN into, which has now placed him in a position of trying to blackmail Team Nigeria into wearing the kits.

Ibrahim Gusau has conveniently neglected to tell Nigerians that he and Sunday Adeleye signed a non-disclosure agreement with Puma, with the details unknown to the ministry and board members of the AFN.

The ministry I nsisted that before Team Nigeria’s athletes are allowed to wear any foreign brand, it must sight and be privy to any agreement signed.

However, Sunday Adeleye insisted that the federation has a subsisting contract with the international sportswear manufacturing company.

But, the termination of the contract may cause more woe for the country, as Adeleye during a recent interview on Arise TV warned that the country is at the risk of litigation from the Sports kit manufacturers.

There is another disaster waiting for Nigeria. We have a contract with Puma, which we signed in 2019 and we got kits worth $2.7 million. Puma was supposed to kit Nigerian athletes at the Tokyo Olympics but the minister is saying the athletes should not wear them because he is bringing another company to kit them.

The drama may have escalated after Nigeria’s representative at Shot Put event of ongoing Tokyo Olympic Games, Chukwuebuka Enekwechi, revealed that he was only given one kit for the Games.

Ahead of the final, Big Chuk as he is fondly called took to his TikTok to shared a video of himself washing his kit.

“When you made the Olympic Finals but you only have one jersey,” he wrote on the video, which has caused an uproar on social media.

The contract termination is the latest in the long lines of issues Nigeria’s Team at the Tokyo Olympic Games have experienced.

It would be recalled that 10 athletes staged a protest at the Games after they were banned for not undergoing enough testing before the Games.

There was also an issue with complimentary phones given to athletes at the game, which some Nigerian representatives accused officials of trying to divert.

In addition, there have been issues of non-payment of training grants and massive reduction of camp allowance by officials.

D’Tigers Crash Out Of AfroBasket After Uganda Loss