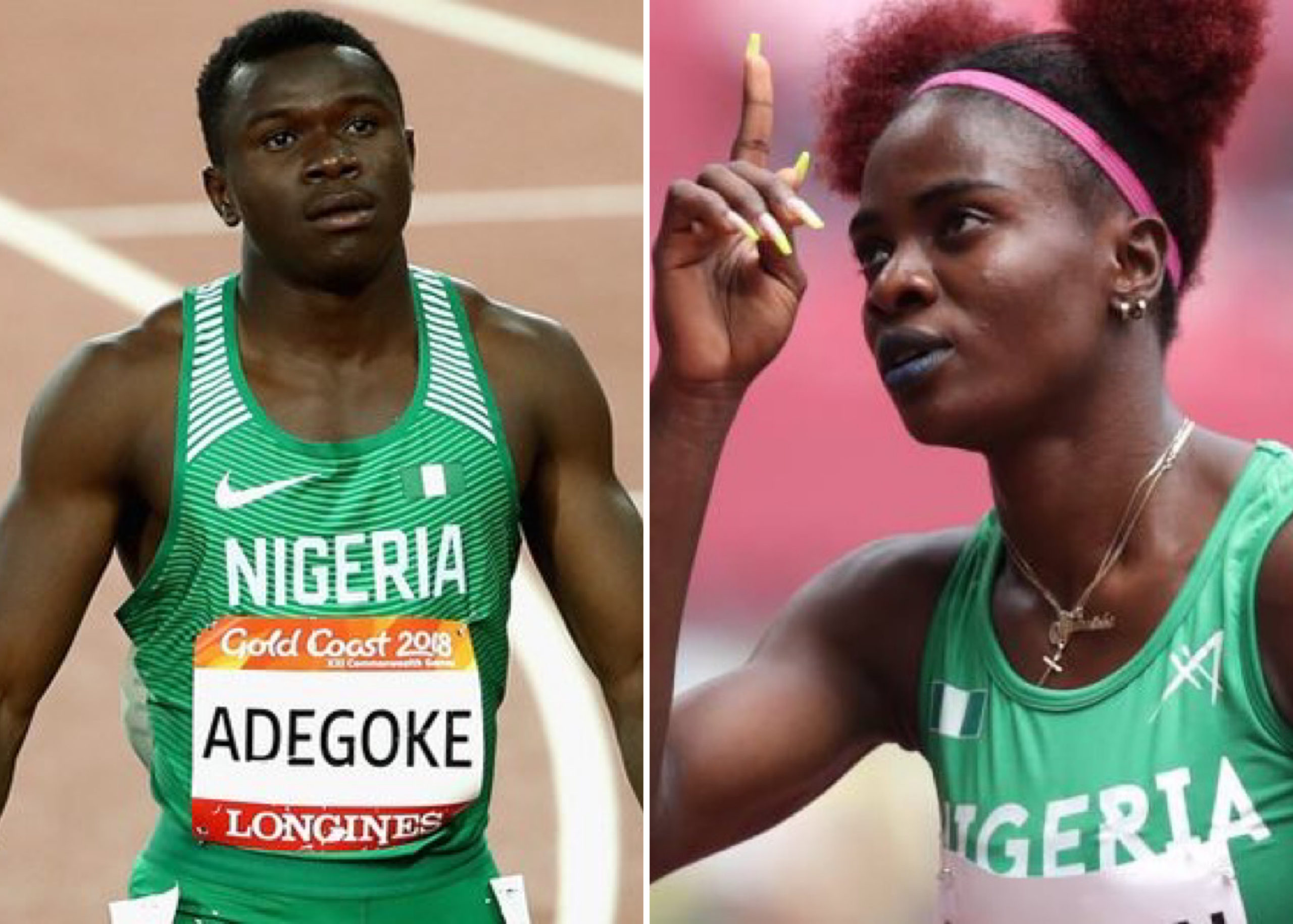 Nigeria’s Enoch Adegoke and Oluwatobi Amusan have on Sunday, August 1 made history by putting up impressive performances to reach the finals of men’s 100m and women’s 100m hurdle events respectively, at the ongoing Tokyo 2020 Olympic Games.

Adegoke had on Saturday beat the fastest man in the world this year and seventh fastest of all-time, Brommel, in the men’s 100 metres event.

He ran 9.98 seconds in the men’s 100 metres to beat Brommel, who tops the pre-Games world list with the 9.77 seconds he ran last month in Florida, USA, and qualified for Sunday’s semi-finals.

The 21-year-old sprinter, who ran on Lane 6 of Heat 2 at the Olympic Stadium in the event’s first round, beat Femi Ogunode, who represented Qatar and came in at 10.02.

However, Adegoke’s countryman Usheoritse Itsekiri crashed out in the semi-finals of the men’s 100m after he finished seventh in his heat in 10.29secs.

Meanwhile, in the women’s 100m hurdles event, Amusan clocked 12.62s to book a place in the final, which comes up on Monday.

This makes her the first Nigerian since Glory Alozie at Sydney 2000 to qualify for the 100m Hurdles final at the Olympics.

Congratulations to the duo.