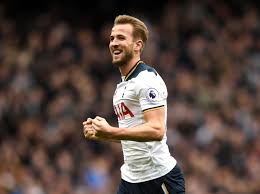 Harry Kane’s two second-half goals in Tottenham’s 4-0 win over Evertonat Wembley mean he is now the club’s record Premier League goalscorer. The second of Kane’s close-range strikes took him to 98 goals in the competition – above Teddy Sheringham’s tally of 97.

The 24-year-old England international has surpassed it in quick time too. Kane has still only played 135 Premier League games for Spurs. Sheringham’s total came in 236 appearances for the club – the last of which came as a 37-year-old. How many can Kane get?

Jimmy Greaves’ all-time record of league goals for Tottenham remains some way off. The legendary forward hit 220 in his nine seasons at White Hart Lane. Kane will need to stay at Spurs for a while to break that record but his current scoring rate means it is possible.

He already has 20 goals this season, usually the benchmark for an entire campaign. It is still only January. This is the fourth year in a row that Kane has reached that total and that achievement alone puts him among the Premier League greats of the past.

Kane is only the third player to score 20 goals in four consecutive Premier League seasons. Many greats never managed the feat. He joins Alan Shearer and Thierry Henry in that little club, although Sergio Aguero could join them if he reaches the 20-goal mark this season.