Strike or Sabotage – Why The Air Peace Selective Target? 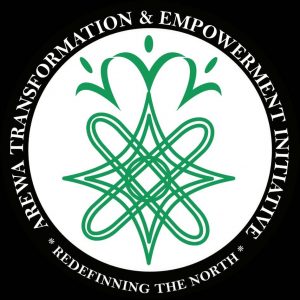 In yet another devious distraction from the on-going arduous task of reviving the nation’s ailing economy, a possible source of hope from the “dead” aviation sector has yet fallen victim of “Union’s” anger against the public, destroying a private person’s effort to help others and possibly add to the few emerging positive tides from Nigeria, especially at this defining moment of our history.

The actions of the organized labour union under the umbrella of the Nigerian Labour Congress (NLC) and Trade Union Congress(TUC) shamelessly played out a deceitful script in the domestic wing of MMIA Lagos on Friday, 28th September, 2018; when some unionists expended their collective anger and negative energy on the operational office of Air Peace in Lagos, not only disrupting smooth flight operations, but destroying operational and office equipment/assets worth over NGN 60Million according to the airline’s management. In whose interest was the disruption carried out?

While still asking Why Air Peace among other airline operators in the terminal, one may still have to wonder why the selective bitterness and negative energy against Air Peace? Many other questions that will still range from probable sectoral rivalry/competition (or envy) to an improbable ethnic inclination; or even more improbably as a means to pull down the government and make mockery of the challenges –  but then, why do people whose interest/welfare the government is seeking to improve usually celebrate when government’s efforts/policy momentarily drag? If by ethnic inclinations of the Air Peace owners, will it probably be another orchestrated ploy to pull down an Igbo man’s business outfit which is still creating jobs and services for everybody across board regardless one one’s tribe and religion? For whatever justification for the strike, why single out only Air Peace for punishment and spare Arik Air and Overland? There is more to this to the discernible than meets the eyes. Besides, How did NLC’s nationwide strike for increased minimum wage concern Air Peace whose minimum wage, as reported by its staff, is N45,000?

This diversionary ploy is now widely regarded as a self-serving survivalist strategy of the NLC executive whose ranks have been infiltrated by possible social miscreants seeking to pull down both the people and the people’s interest. The incessant recourse to striking threats selectively targeting private business outfit offers no sensible options related to the technical and economic realities necessitating the call for government upward review of wages.

Objective industry experts and watchers will know the deep concerns and consequences this act of selective attack on Air Peace under the cover of Labour Union will have on the collective social gains the country will reap from a viable Air Peace Airline operations; and allowing this to continue would impact negatively on the aviation sector and the nation’s economy with more severe consequences than the new wage/salaries when earned.

Legal practitioners will agree with me that, the subject of Air Peace operation when a labour union is on strike was not a matter for labour agitation as Air Peace is a product of private sector led intervention to boost nation’s economy, and its operations dynamics, like any other private sector businesses (banks, telecoms etc), lies on the decision of their management and not government labour union leaders.

The labour leaders need to avoid playing into the hands of owners of businesses thriving in spite of  the ailing economy and their hirelings whose troubled times (political and economic) are propped up by populist protests that only harm our economy, as a nation, and our quality of life, as individuals.

It is a statement of fact that  Nigeria’s growth has been crippled by decades-old deficiencies in the aviation sector. Individual efforts like that of Air Peace to revitalize the otherwise comatose sector should not be discouraged through unnecessary and senseless agitations that bear no one any good fruits. Old grievances under the guise of unionism against the system should not be transferred to operators who have put their investments at risk and are working hard to inject capital and entrepreneurial expertise into turning around the sector for the betterment of the Nigerian economy.

Private sector-driven efficiency and realistic market efficiency are already giving the sector a new lease of life. Unknown to many in and outside labour circles, with the purchase of brand new Boeing 737 Max Aircrafts by Air Peace, the Nigerian economy will breathe a lease of fresh life by smooth operations of this private-led indigenous airline which is now the biggest operator in the Nigerian aviation ecosystem ; reduce capital flight via the international carriers operating in our market.

Labour will surely be better off if genuinely guided by the statutory objective of a trade union under the Trade Unions Act, which is to negotiate the terms and conditions of employment of workers and their welfare at all times. It is utterly senseless to disrupt the operations of an airline whose management will still pay the workers whose welfare the unions seek to protect. From where is Air Peace expected to generate the revenue from which salaries and other welfare package will be drawn from? It is time to move away from threats, intimidation and the pursuit of gratuitous goals and join hands in moving the country’s aviation sector forward.

Nigeria has been through big challenges before — wars and depression, the influx of militia terrorists, workers fighting for a fair deal, movements to expand/strengthen human and civil rights.

Each time, there have been those who told us to fear the future, who claimed we could slam the brakes on change, who promised to restore past glory if we just got some group or idea that was threatening Nigeria under control. And each time, we overcame those fears.

We did not, in the words of our founding fathers, adhere to the dogmas of the quiet past. Instead we thought anew and acted/acting anew.

What was true then can be true now. Our unique strengths as a nation — our optimism and resilience,  our spirit of discovery, our diversity, our commitment toward better governance — these things give us everything we need to ensure prosperity and security for generations to come.

But such progress, prosperity and security are not inevitable. It’s the result of choices we make together. And we face such choices right now. Will we respond to the changes of our time with fear, turning inward as a nation, turning against each other as a people? Or will we face the future with confidence in who we are, in what we stand for, and the incredible things we can do together?

So let’s talk about the future, and four big questions that I believe we as a country have to answer, regardless of the side of the divide you belong or chose to sit.

First, how do we give everyone a fair shot at opportunity and security in this new economic revival in Nigeria?

Second, how do we make technology work for us, and not against us, especially when it comes to solving urgent challenges like healthcare, public security and corruption control in both public and private sector?

Third, how do we keep Nigeria safe and lead the Sub-Saharan world without becoming its policeman?

And finally, how can we make our politics reflect what’s best in us, and not what’s worst like the actions of the unions who disrupted the operations of Air Peace for no justifiable and justiceable reasons?

One Killed As Truck Conveying Tomatoes Falls On Bus In Lagos