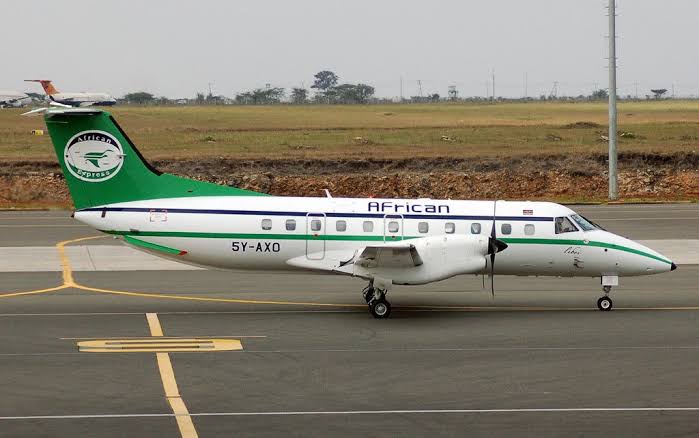 Kenya’s foreign ministry has on Tuesday called for a swift investigation after a humanitarian plane helping the fight against coronavirus crashed in Somalia in “unclear” circumstances, killing all six people onboard.

The ministry said the Kenyan private cargo plane was undertaking a humanitarian mission related to pandemic when it crashed Monday afternoon in Bardale district in southern Somalia.

Officials said at least six people were on board for the short flight from Baidoa to Bardale, some 300 kilometres (180 miles) northwest of Somalia’s capital, Mogadishu.

The aircraft was about to land at the Bardale airstrip when it crashed and burst into flames. All six people on board died in the incident. We don’t know what exactly caused the aircraft carrying medical supplies to crash, but there is an investigation going on to establish the details.

Kenya urged Somalia “to thoroughly and swiftly investigate the matter because it impacts humanitarian operations at a time of highest need”.

The foreign ministry in a statement said the incident occurred under unclear circumstances, expressing its “deep shock and regret” and offering condolences to the families of the deceased.

Kenyan and other humanitarian aircraft operating in the region are also urged to enhance extra precaution in light of the unclear circumstances surrounding the incident.

Regarding the cause of the incident, local media have speculated that the Al-Shabaab militant group could be involved in the crash, as it is active in southern Somalia.

However, the area where the crash occurred is under the control of Kenya government and Ethiopian troops.

The Ethiopia and Kenya troops are among those deployed to Somalia as part of an African Union (AU) peacekeeping mission fighting the Al-Shabaab islamist group, who control swathes of countryside.

On his part, Major General Mohammed Tessema, spokesman for the Ethiopian National Defence Force, said he had no information about the crash and referred questions to “armed force commanders in Somalia”.

Also, Somalia’s transport and civil aviation ministry expressed its “deep regret” over the crash and said the government was conducting a “thorough investigation”.

The crash comes amid strained ties between Kenya and Somalia.

Last month, Kenya accused Somali troops of an “unwarranted attack” over its border near Mandera, a northern outpost town, describing the incident as a provocation.

Somalia has also long accused Kenya of meddling in its internal affairs.