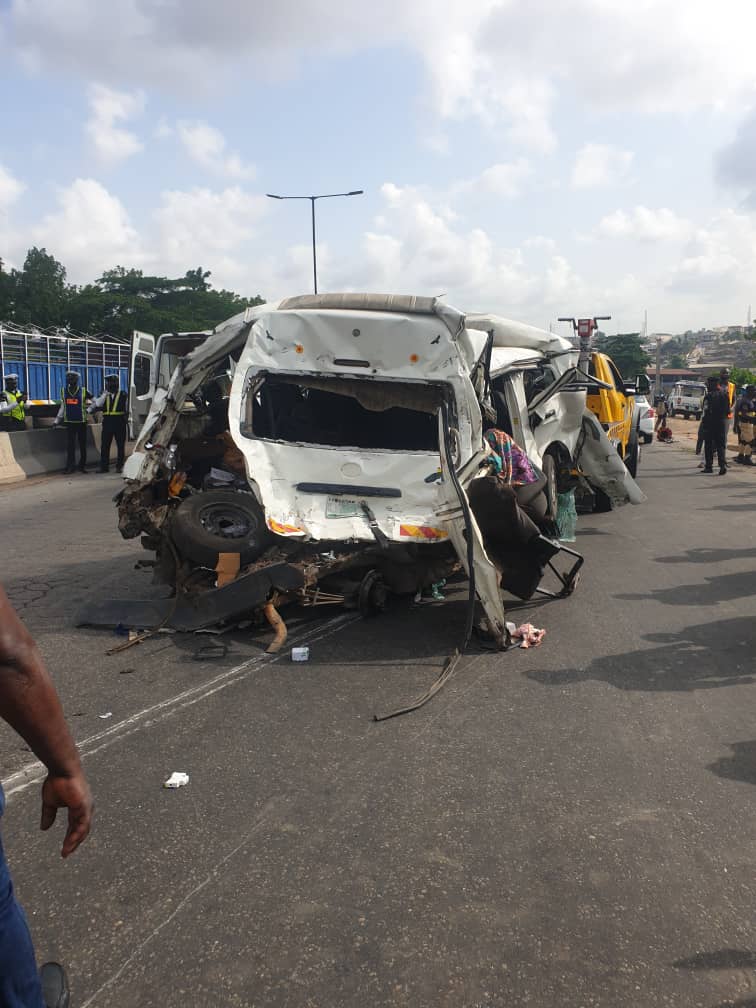 A fatal accident has occurred on Otedola Bridge around Berger area of Lagos State, leaving one person dead and 7 others injured.

The accident happened on Thursday morning around Mobil petrol station inward Berger and reportedly claimed the life of a yet to be identified woman.

In a tweet, the Lagos State Traffic Management Authority (LASTMA) said the accident involved a tanker, Mazda bus with ten passengers and a golf car.

#Update #OtedolaRoadCrash
Preliminary reports confirm that a Golf car was also involved in the crash. No casualties from the car.
One passenger from the bus confirmed dead with seven others injured.@TrafficChiefNG @Gidi_Traffic @trafficbutter @lagostraffic961 @lagostelevision

Though the cause of the accident could not be ascertained as at the time of filing this report, it is said that a laden tanker lost control and rammed into an inter-state commercial bus.

According to LASTMA, right authorities were contacted on time to control traffic and attend to the casualties of the incident.

We Can’t Afford Another Round Of Lockdown – Buhari To Nigerians