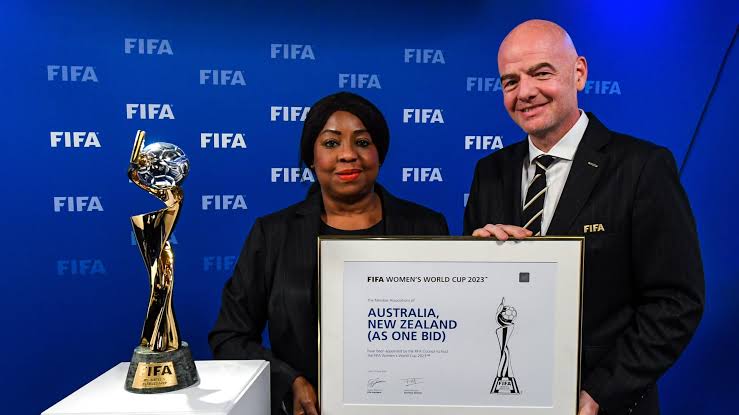 Federation of International Football Associations (FIFA) has named Australia and New Zealand as joint hosts of the Women’s World Cup in 2023.

The decision was announced at the conclusion of voting that held during the FIFA council meeting on Thursday.

The host countries is replacing Brazil after the South American country dropped out from hosting the tournament due to financial fears in the wake of the coronavirus pandemic.

The joint bid of Australia and New Zealand was chosen ahead of Colombia after gathering 22 votes from the 37-member FIFA council, higher than Colombia’s total of 13 votes, with two members excluded.

Gianni Infantino, FIFA president, announced the winners at the end of the voting process.

Now, I can announce the host of the 2023 Women’s World Cup, which would hold in Australia and New Zealand. Thank you very much.

The bidding process was highly competitive. We would like to thank both of the bidders for their remarkable work. It was really, really well prepared. We have decided to award $1bn (£805m) to the development of women’s football in the coming four years.

We experienced last year in France a fantastic Women’s World Cup. It broke all records. It brought women’s football to a truly global stage.

The 2023 Women’s World Cup will be the first to be hosted across two continental confederations of Asia (Australia) and Oceania (New Zealand).

It will also be the first since inception to feature 32 countries, a further expansion from the 24-team format at France 2019.

The competition is scheduled to take place from July to August 2023.

The tournament, which was originally scheduled for 2021, was put back after the men’s Euro 2020 was postponed due to the coronavirus pandemic.