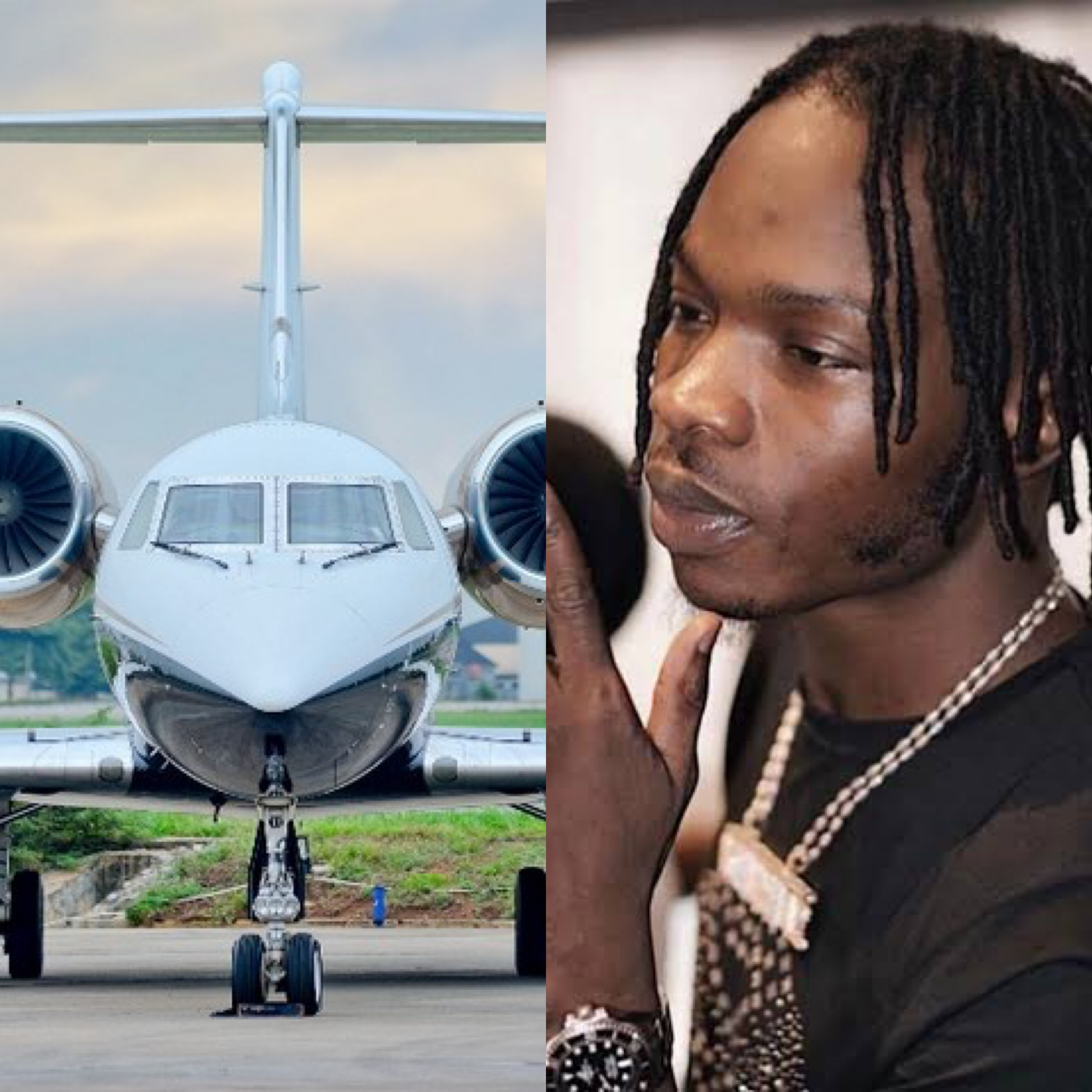 Executive Jet Services, the airline suspended by the Federal Government for flying musician, Azeez Fashola, also known as Naira Marley, from Lagos to Abuja has cleared the air regarding the recent controversial flight of the singer.

Chairman/Chief Executive Officer of the airline, Mr. Sam Iwuajoku, in a statement explained that the flight was a case of mistaken identity.

He said he assumed that the flight was operated to airlift Minister of Works, Mr. Babatunde Fashola and not the popular musician, whose real name is Azeez Adesina Fashola.

It would be recalled that Sirika had, at the daily briefing of the Presidential Task Force on COVID-19 on Monday, announced the suspension of the airline for ferrying the musician to Abuja rather than a Court of Appeal Judge it was approved to fly to Abuja and back to Lagos for a special assignment.

The Minister had said;

In the statement by Executive Jets, the Justice informed the airline that he had joined another flight to Abuja instead of the flight scheduled for him with the airline.

However, another request was made for the airline for a Lagos-Abuja-Lagos flight on Saturday, June 13th.

According to Iwuajoku, when he received the manifest before departure, it had the name Babatunde Fashola, which made him conclude it was the Minister of Works and Housing.

When I went through the manifest and I saw Fashola Babatunde, I thought it was the Hon. Minister of Works going to Abuja with his men, so we decided to do the flight, since he is serving Minister of the Federal Republic of Nigeria.

According to the Chairman, there was no indication from the names in the manifest that Naira Marley was part of the flight.

He said it was assumed that the Minister of Works and Housing was actually the person that was traveling.

Iwuajoku, therefore, apologized to the Minister of Aviation, Senator Hadi Sirika for using an approved flight for a set of ‘useless people’. 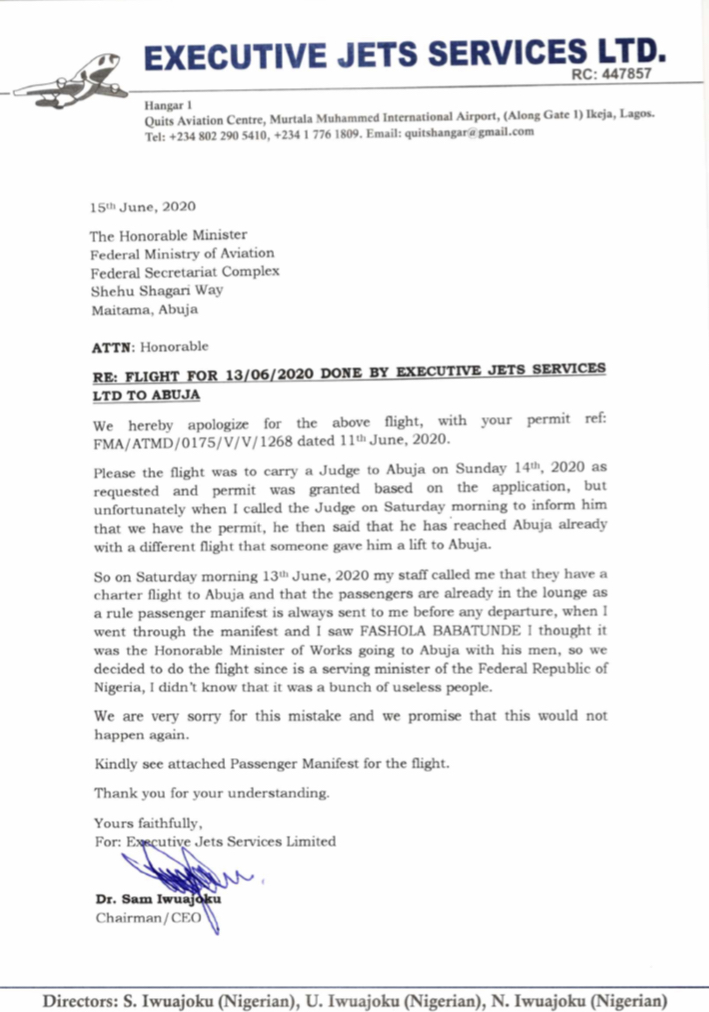