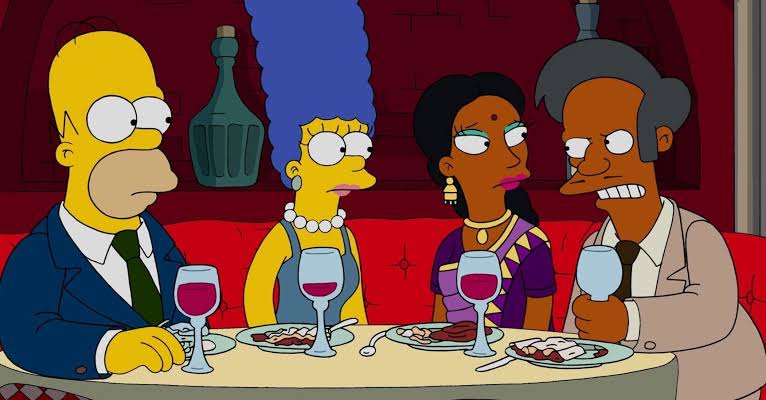 Creators of US animated comedy series The Simpsons has announced that the show will no longer use white actors for the voices of characters from other ethnic backgrounds.

Fox Network, that airs the show, in a short statement on Friday said;

Moving forward, THE SIMPSONS will no longer have white actors voice non-white characters.

The announcement comes in the wake of the Black Lives Matter protests, which were sparked by the death of African-American George Floyd in US police custody on May 25, causing various organizations to reevaluate their policies as it affects the Black community.

The series which launched in 1989 has a number of coloured characters that are voiced by white actors.

The show has been accused of using the character in a way that reinforced racial stereotypes.

In January, Azaria said that he was stepping down from the role he had played since the character was created in 1990.

We all made the decision together. We all agreed on it. We all feel like it is the right thing.

Azaria, who provides the voice of other characters, including black police officer Lou and the Mexican-American Bumblebee Man, said;

I find it very upsetting to me personally and professionally that anyone felt marginalised because of Apu.

The new announcement will also affect the character of Dr Hibbert voiced by a white actor Harry Shearer who also lends his voice to other characters on the series like Homer Simpson’s boss Mr Burns and chirpy neighbor Ned Flanders.

Fox Network‘s statement however did not state whether Apu or other characters would continue to feature in the show.