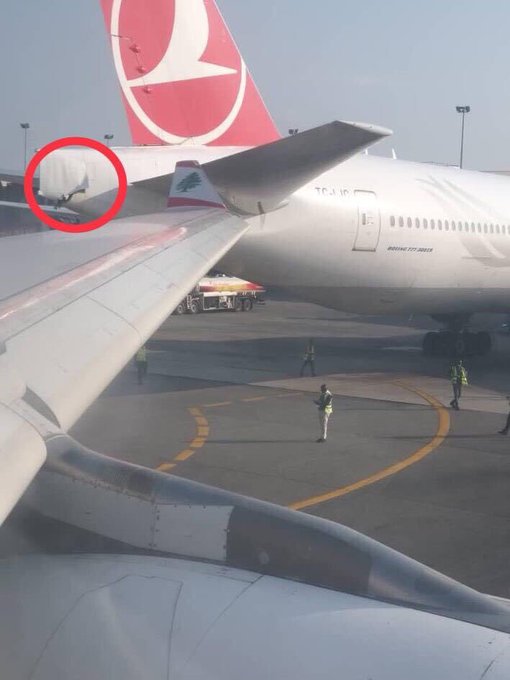 The incident occurred on Wednesday when the Airbus A330-243 operated by the Middle East Airline rammed the Turkish cargo aircraft with registration marks TC-LJC parked at the airport.

AIB in a statement on Thursday by its General Manager, Public Affairs, Tunji Oketumbi, described the incident as “serious”, while noting that a formal report would be released upon completion of the investigation.

Accident Investigation Bureau has been notified and has commenced investigation into a serious incident involving an Airbus A330-243 with the Nationality registration Marks OD-MEA operated by Middle East Airline and a Boeing 777 with Nationality and Registration Marks TC-LJC operated by Turkish Airline, which occurred on the July, 29th, 2020 at the Murtala Muhammed International Airport, Lagos.

The Turkish cargo aircraft was parked at the international apron when the Middle East airbus was taxing before it ran into it, cutting through the tail cone and damaged part of the right horizontal stabilizer of the Turkish aircraft. All passengers on the Middle East Airline had to disembark with no injury or fatality.

COVID-19 Infections May Increase During Sallah – WHO Warns