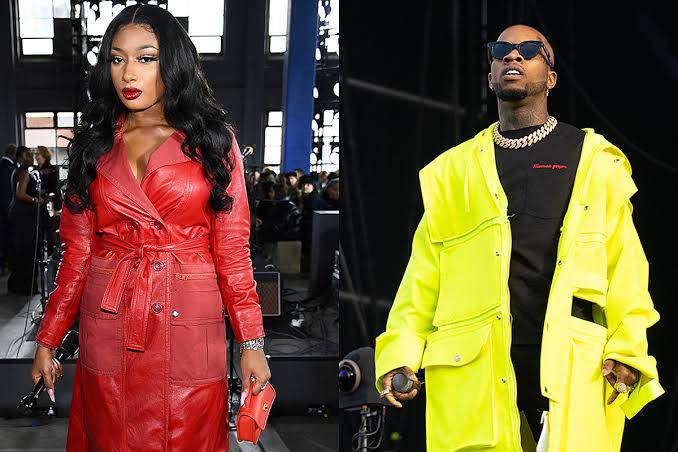 American rapper Megan Thee Stallion has revealed that she is experiencing hurt and trauma after being involved in a shooting incident, where she allegedly got shot twice in the foot by another rapper Tory Lanez.

It would be recalled that Lanez was arrested after police officers found a gun in his vehicle following a fight that broke out at a house party in Hollywood Hills on Sunday, July 12.

The 27-year-old was arrested charged with carrying a concealed weapon in his car, while Stallion, who was also at the party and in Lanez’s vehicle when he was arrested, sustained a wound to her foot from broken glass.

She was later hospitalized and police reportedly listed her as a ‘victim’ in the incident.

Three days later, Stallion issued a statement, in which she revealed that she sustained the foot injury after Tory Lanez allegedly shot at her twice.

She said was rushed to the hospital where she underwent surgery to remove the bullets, contradicting initial reports that she had cut her foot due to broken glass in the car.

The 25-year-old has now taken to her Twitter page to reply internet trolls making fun of the situation.

Black women are so unprotected & we hold so many things in to protect the feelings of others w/o considering our own. It might be funny to y’all on the internet and just another messy topic for you to talk about but this is my real life and I’m real-life hurt and traumatized.

Black women are so unprotected & we hold so many things in to protect the feelings of others w/o considering our own. It might be funny to y’all on the internet and just another messy topic for you to talk about but this is my real life and I’m real life hurt and traumatized.

Meanwhile, Los Angeles Police Department (LAPD) have opened an assault with a deadly weapon investigation into the incident.

Lanez has now been named as the culprit for allegedly shooting at Stallion during an argument as she and her best friend Kelsey Nicole attempted to get out of his SUV following the fight at the house party in the Hollywood Hills.

Sources connected to the Canadian rapper told TMZ that Lanez would claim that the gunshot was an accidental discharge, if he is charged for the shooting.

In a footage obtained by TMZ, Megan was seen leaving bloody footprints as she limps away from the SUV when police pulled them over to arrest Tory Lanez.

Fans Praise Davido For Signing May D To DMW Label

US Singer, Jeremih Taken Off Ventilator, Transferred Out Of ICU Amid COVID-19…