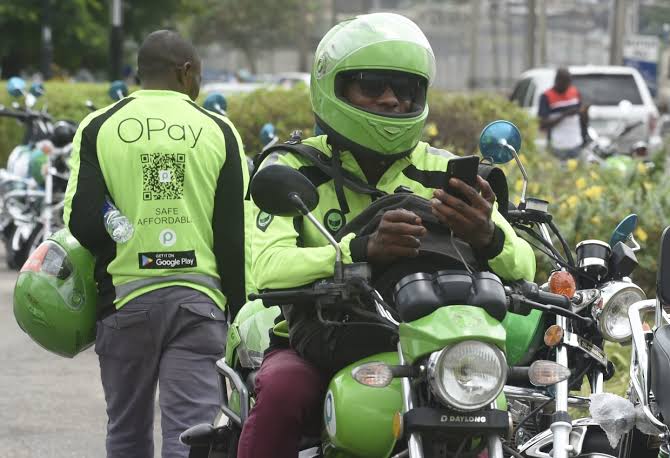 Chinese-owned African fintech startup, Opay has announced that it would be shutting down some of its business units temporarily to focus only on its financial technology arm.

This was made known in a press released posted on Twitter on Wednesday, June 1.

It attributed the decision primarily to the COVID-19 pandemic and Lagos State Government ban on commercial motorcycles across much of the state’s metropolitan area.

Opay noted that ride-hailing companies around the world have particularly been hit hard by the pandemic which caused rippling economic effects across the world.

The company said it foresaw the negative impacts of the pandemic and had already begun restructuring long before now.

According to the statement by the company, this final restructuring is expected to have a very minimal impact on its business as a whole.

In the meantime, Opay will focus on its fintech service, providing payment solutions to merchants within the eCommerce space.

The company explained that;

It is important to clarify that ride-sharing had always been only one part, and not a major part of Opay’s diversified business in Nigeria, I fact, Opay had been investing more and seeing accelerated growth in its commitment to Nigeria’s financial and technology inclusion. 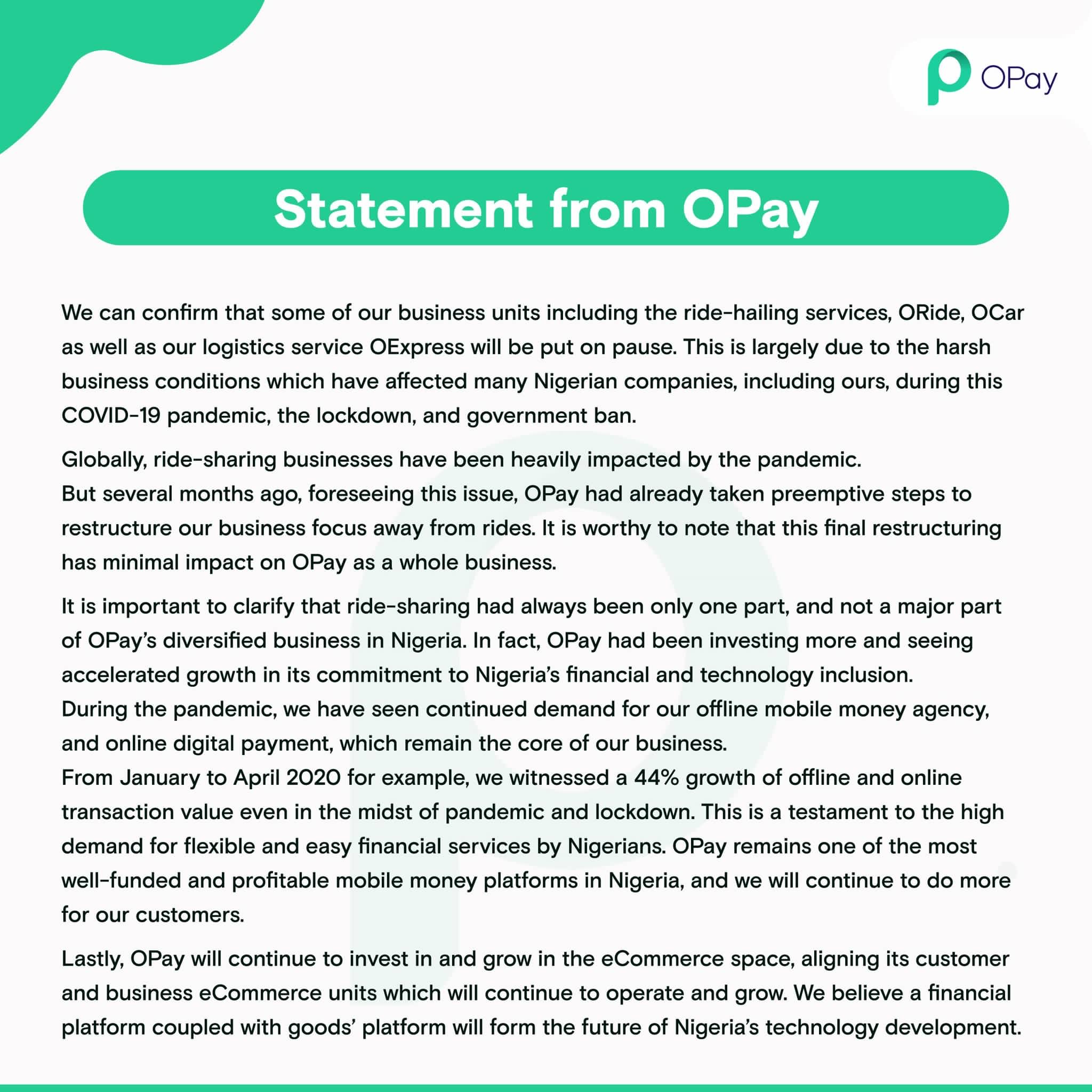 A Statement From OPay. pic.twitter.com/mjvsKle6yH

Interestingly, while the Chinese-owned company is known by most Nigerians because of its ride-hailing services, the core of its business has always been fintech.

Other ventures that were just put on hold were established with the intention of consolidating the payments business.

Now a full-fledged fintech firm, Opay will now continue to compete with the likes of Paga, Paystack, and even Flutterwave.

US Is ‘Looking At’ Banning TikTok, Other Chinese Apps Over…