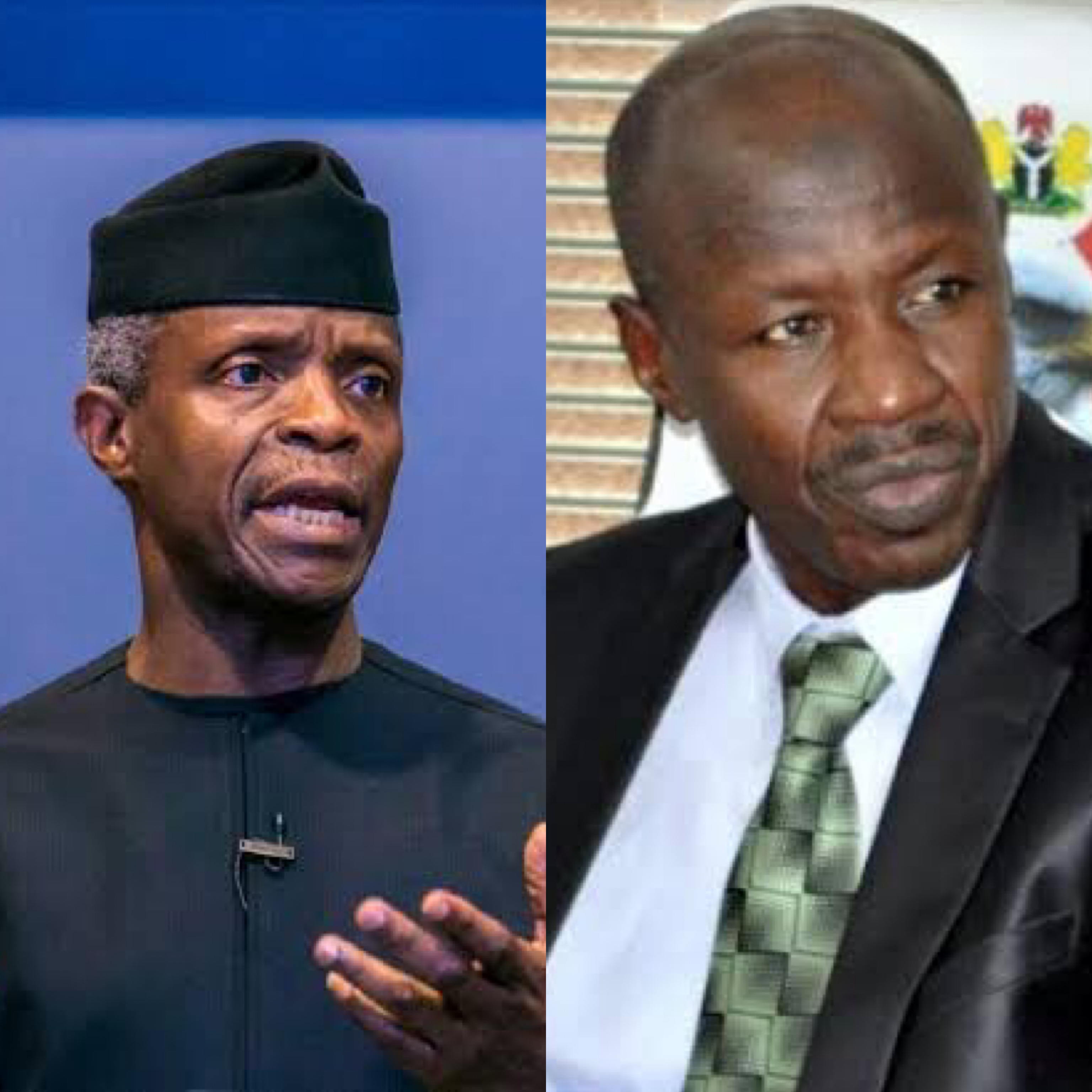 The allegation which has been in circulation on social media claimed that Magu told the presidential panel probing him that he gave Osinbajo N4bn after the vice president asked him to release part of the recovered loot.

The Vice President’s media aide Laolu Akande has however rubbished the claim, describing it as lies ‘calculated to confuse and concocted to smear Prof. Osinbajo’s image.’

In his first reaction to the allegation, Akande tweeted;

Inundated by wide circulation of Fake News about VP’s purported involvement in some EFCC recovery billions, pls rest assured they’re all LIES: calculated to confuse and concocted to smear Prof. Osinbajo’s image. The VP has’nt & will never be involved in any such shady activities pic.twitter.com/bGHyFzHSm6

Further denying the accusation in a separate statement, the media aide wrote;

With all emphasis at our disposal, let it be firmly stated that these are totally false and baseless fabrications purporting to reflect goings-on at the probe panel investigating Mr Ibrahim Magu. They are indeed completely absurd in every respect.

Sadly, such mindless, vicious and reckless publications have now become the preferred tool of unscrupulous and reprobate elements in our society who are procured with monetary inducement to peddle blatant falsehood, tarnish the image of upright public officials and mislead unsuspecting Nigerians.

Akande stated that Osinbajo would not be distracted by the ‘campaigns of lies’ and ‘calumny.’

The media aide expressed that the online publications, being criminally defamatory in nature, have been referred to the relevant law enforcement agencies for investigation and necessary action.

The suspended EFCC Chief, Ibrahim Magu has been accused of corruption, insubordination, diversion of recovered loot and abuse of office.

He has been in detention of FCID since Monday, July 6 following his arrest and his interrogation by a presidential panel set up by President Buhari to investigate the allegations levelled against him.

His two houses in Abuja have reportedly been searched and some vital documents found were reportedly carted away by security operatives.

According to reports, Magu has allegedly been replaced at his duty post by EFCC Director of Operations, Mohammed Umar.