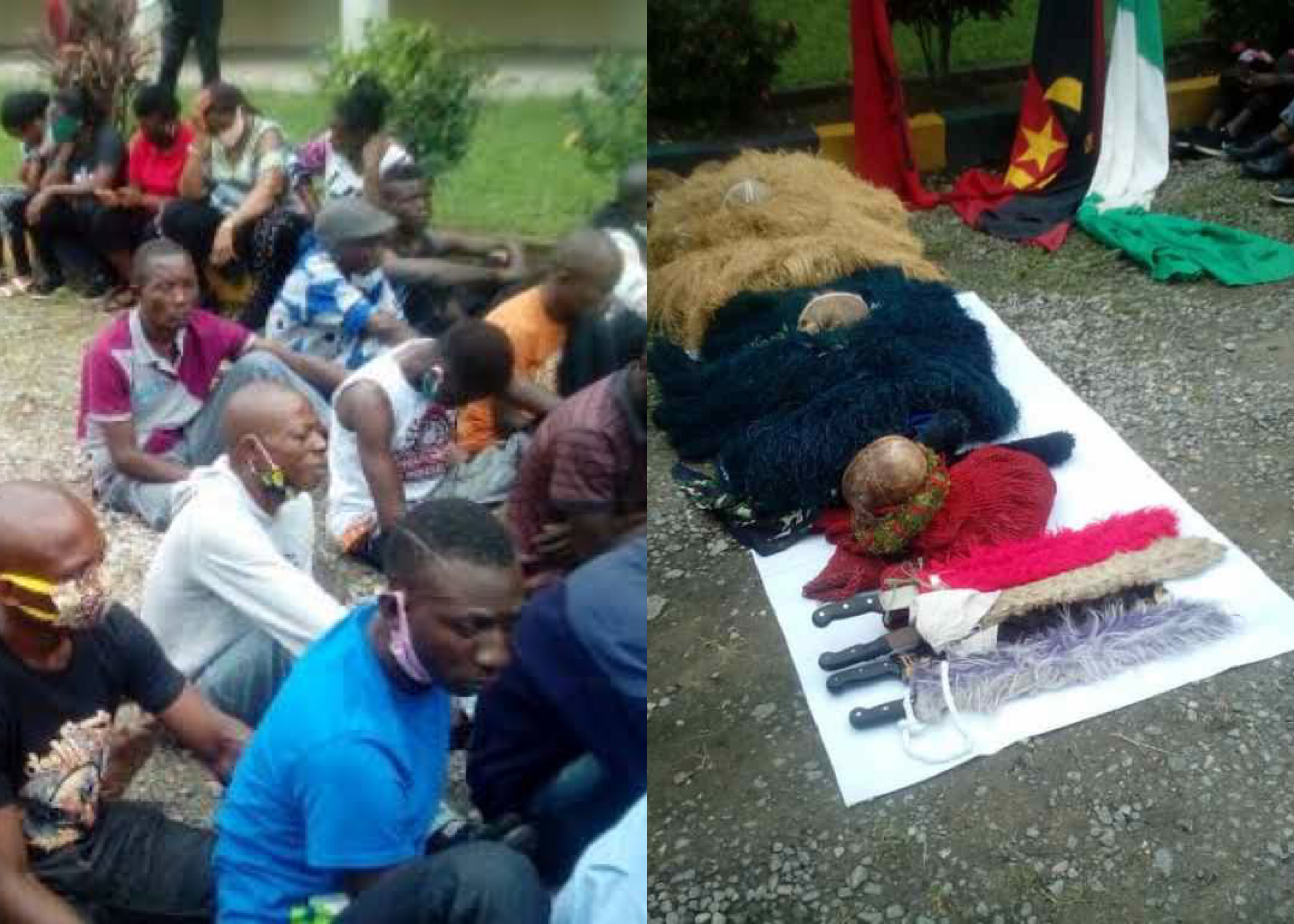 Cross River State Police Command have arrested 55 suspected cultists in possession of human skulls in Calabar area of the State.

51 suspects, who were intercepted at the 8 Miles area of Calabar on their way to Akwa Ibom State, were paraded on Wednesday by the Cross River State Commissioner of Police, Abdulkadir Jimoh.

According to him, the suspects, comprising 46 males and five females, were arrested with three human skulls on Monday, August 17, 2020. 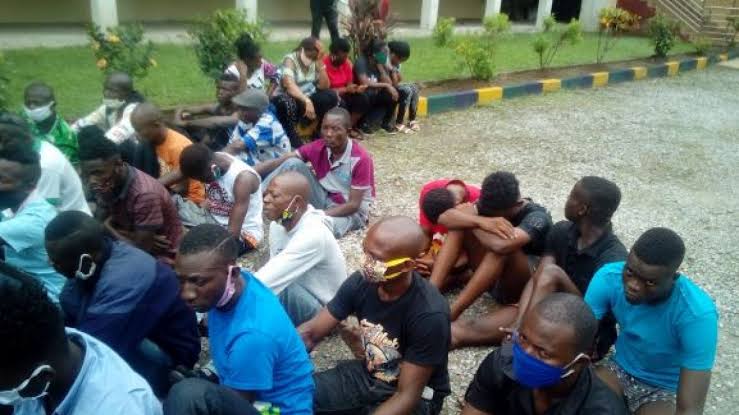 On Monday, I got information that suspected cultists were driving dangerously, hoisting the black and red flags, and disturbing the peace on the Goodluck Jonathan Road, and driving towards 8 Miles. They were seriously pursued and intercepted at 8 Miles.

When they were arrested and brought to the headquarters, there were 51 of them. Forty-six are males and five are females. The suspects confessed to be cultists from the Akpabuyo Local Government Area and were on their way to Akwa Ibom State. And when they were searched, three fresh human skulls were recovered from their masquerade regalia.

Two Hiace buses with number plates KAM 541 XA and XA 668 UGB, two motorcycles, five machetes, and three red flags with human skulls drawn on them were recovered from the suspects.

They all confessed to be members of the Nnabor Confraternity and they are the people responsible for the series of kidnapping and other vices in the Akpabuyo Local Government Area, and by extension, some parts of Calabar municipality.

The command will undertake a forensic analysis of the skulls to determine whether they belong to some of these people that have been declared missing or some of the victims they killed. The suspects have been profiled and they will face the full wrath of the law.

One of the suspects, Mike Asuquo, described the items recovered from them as part of masquerade regalia.

I was born to see the regalia from our great-grandparents. I don’t know anything about the human skulls. We took this masquerade regalia from our community town hall. We rented it from the owner. The masquerade is a tradition of the Efik. We went for a burial at Obot Akara in Akwa Ibom State.

The four suspected members of the Vikings Confraternity were also arrested on Sunday and were identified as Peter Henry, Thomas Etta, Ekpo Felix and Ndifreke Obot.

Lady Arrested For Faking Her Kidnap To Extort Parents In Ekiti