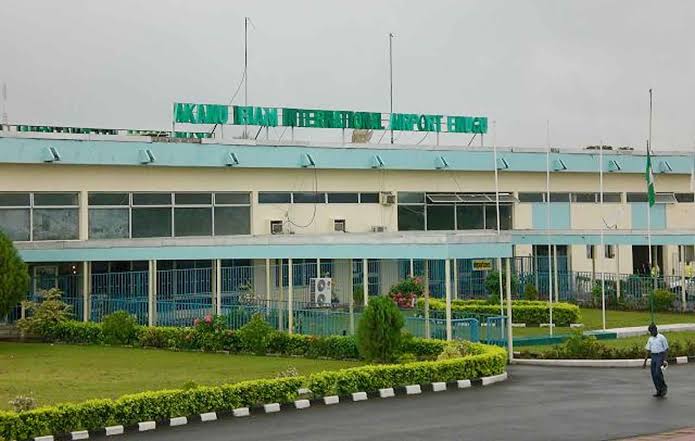 Minister of Aviation, Hadi Sirika, has announced that Akanu Ibiam International Airport, Enugu state is ready for resumption of flights.

Sirika said this on Saturday in Enugu after the final round of inspection of rehabilitation works in the airport prior to the official reopening of the complex.

Some of the reasons include its bad runway and landing aids, the presence of market close to the airport attracting birds, leading to constant bird strikes.

Other concerns were the wrong placement of the state radio station mast directly facing the runways.

However, the minister, who landed at the airport on Saturday evening with a private jet, No.5N-PAZ, said he was delighted to have been in the flight that landed in the airport.

He stated he had arrived ahead of the August 30 (today) for the official reopening of the airport to inspect the readiness of the facility for flight resumption.

We are ready for tomorrow (today). To God be the glory. We landed on the runway. The remaining news will be tomorrow. But I am glad that I am here and I am glad that we were able, also again, to achieve it on time and on budget. I am happy that we have been able to achieve this as scheduled.