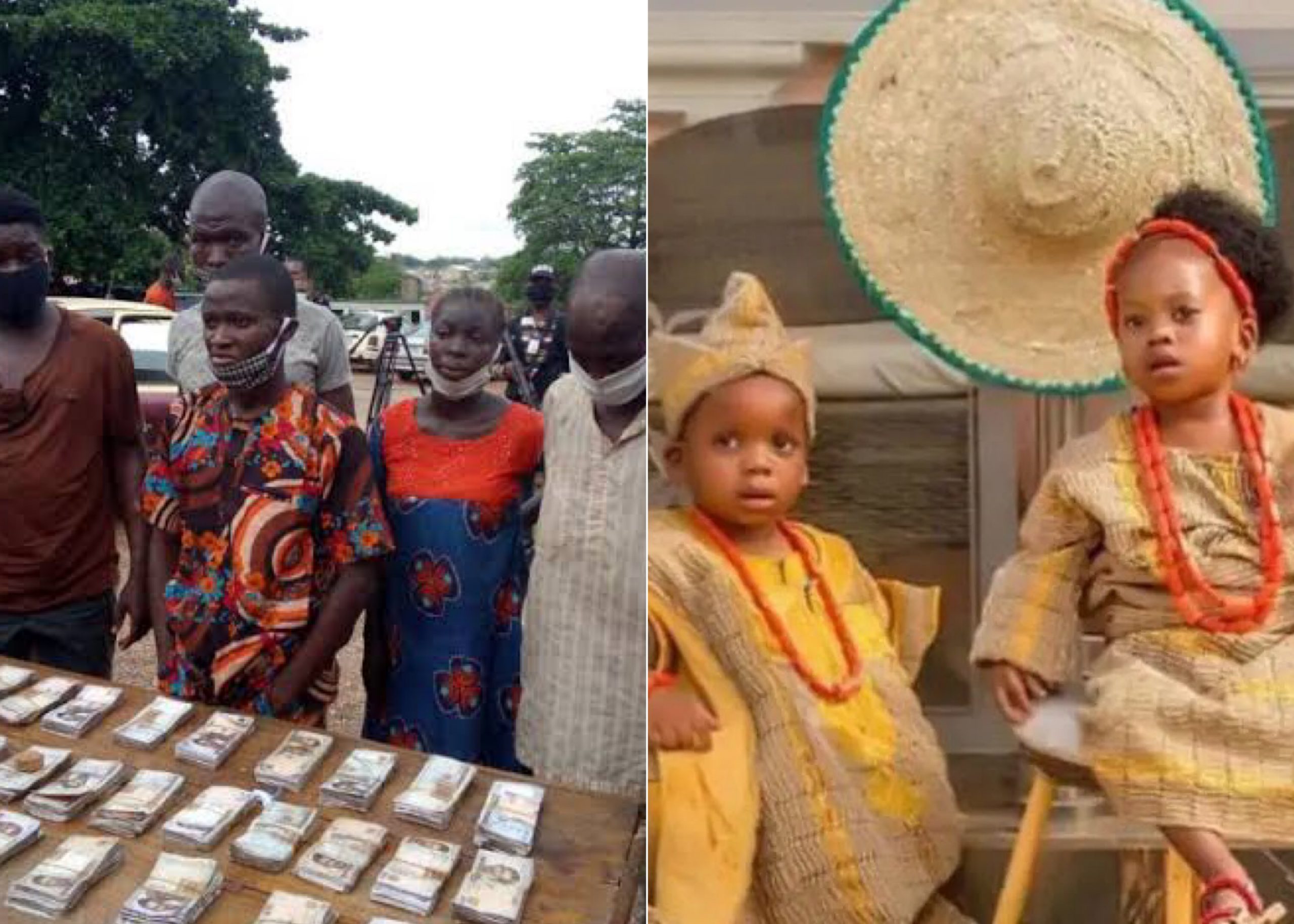 A Chief Magistrates Court sitting in Ibadan, the Oyo State capital, has remanded seven persons in police custody for their alleged involvement in the kidnap of the twins of an Ibadan-based Islamic cleric, Alhaji Taofeek Akewugbagold.

The twin children, Taiwo and Kehinde, aged two years and four months, were kidnapped by unknown gunmen at Abatakan community, Ojoo, Ibadan in April. They were released by their abductors after 8 days in custody.

The Chief Magistrate, Mr Emmanuel Idowu, ordered that the suspects should be remanded at the custody of the State Anti Robbery Squad in Ibadan pending legal advice by the state Directorate of Public Prosecution.

The suspected kidnappers were charged with five counts bordering on conspiracy, kidnapping, and keeping kidnapped victims in their residence.

The Prosecution Counsel, Olusegun Adegboye, said the suspects allegedly conspired together to kidnapped the twins.

According to him, Mohammed, Oyeleye, Ajala, Taiwo, Rafiu and Fatai, having kidnapped a boy and his twin sister, demanded a ransom of N4 million from their father before releasing them after eight days in captivity.

The prosecution added that Rafiu and his wife, Modinat kept the victims for eight days in their home contrary to Section 516 of the Criminal Code Cap 38, Vol. II, Laws of Oyo State, punishable under sections 4 (2), 6 and 8 of the Oyo State Kidnapping (Prohibition) Law 2016.

The Chief Magistrate turned down the plea of the suspects and ordered that they be remanded in the custody of the State Anti Robbery Squad, Ibadan.

Idowu ordered the police to return the case file to the Directorate of Public Prosecution in the state for legal advice.

The case was adjourned till October 7 for mention.