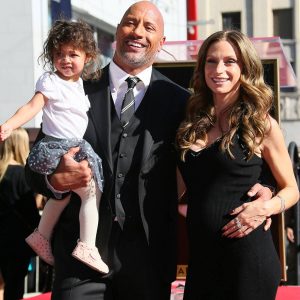 Dwayne ‘The Rock’ Johnson has revealed that his entire family had recently tested positive for coronavirus and battled it for few weeks before recovering.

The 48-year-old actor announced this via an 11 minutes video shared on his Instagram page explaining how they contracted the virus.

He shared that himself, wife Lauren Hashian, and their daughters Jasmine, 4, and Tiana, 2, were all sick with the virus few weeks ago.

Johnson stated that himself and his wife were particularly feeling unwell but that they both feel better now.

I wanted to give you guys a little helpful update on things that have been going on on my end for the past two-and-a-half to three weeks now.

So the update is this: my wife Lauren as well as my two baby girls and myself, we have all tested positive for COVID-19.

I could tell you that this has been one of the most challenging and difficult things we have ever had to endure as a family, and for me, too, personally as well. And I’ve gone through some doozies in the past.

Testing positive for COVID-19 is much different than overcoming nasty injuries, or being evicted, or even being broke, which I have been more than a few times.

Johnson explained that the reason why contracting the virus is different “is because my No.1 priority is to always protect my family. And protect my children, my loved ones.”

The Jumanji actor said that he and his family contracted the virus from family friends, who he said are ‘devastated’ that they unwittingly spread the virus.

I wish it was only me who tested positive, but it wasn’t, it was my entire family, so this one was a real kick in the gut. But I am happy to tell you guys that we as a family are good. We’re on the other end of it, we’re on the other side. We’re no longer contagious, and we are — thank God — we are healthy.

Johnson urged his fans to exercise extreme caution when interacting with others to prevent the spread of COVID-19. He also adviced people to boost their immune system.

Stay disciplined. Boost your immune system. Commit to wellness. Wear your mask. Protect your family. Be strict about having people over your house or gatherings. Stay positive. And care for your fellow human beings. Stay healthy, my friends. DJ 🖤 #controlthecontrollables