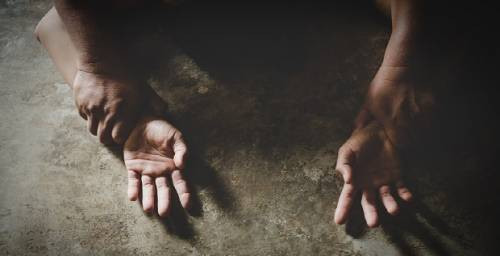 Hajiya Safiya Umar, the mother of a 22-year-old girl allegedly abused by a son of a special adviser to Governor of Sokoto state, Aminu Waziri Tambuwal has sought for justice to her daughter.

The incident occurred in 2017 when the alleged victim was 16-year-old, DailyTrust reports.

The alleged suspect, named Baffa Hayatu Tafida, who was about 17-year-old when he allegedly committed the crime, was said to had lured the girl to one Phoenix Hotel and had carnal knowledge of her which he recorded on his phone.

According to the alleged victim’s mother, the boy kept the video for three years and only released it to the public by posting and sharing it on social media platforms, few months to her wedding.

Umar alleged that the suspect, even shared the video with her suitor as a result of which the marriage proposal crashed.

On Feburuary this year, I received a call from my sister who is residing in Lagos that something terrible had happened. I wondered what that thing could be, because i know i was the only member of the family that have been sick but i am still alive. I am not dead.

She then told me, there was a video showing the nude picture of my daughter trending on social media. I became terrified and worried. I called my daughter to find out if it was true and she told me that she received a call from a friend who told her the same thing.

I then asked her, who was she suspected to have done that, she mentioned one Baffa Tafida, the son of a Special Adviser to the current Governor on Social Investment whom she met through a friend.

I asked her, if she still have his number and know where they stay, she said no. But i later got their contact, met his parent and told them what their son did to my daughter.

I was disappointed with the response I got from his father, Hayatu Tafida that ‘there is not a big deal about this, since the girl is not impregnated, that it was just a concession sex’.

After, I left the house, I went straight to the Department of the State Security and lodged a complaint. They did nothing about it.

I then went to the Hisbah Commission (Religious police) and complained and they arrested the boy and two of his friends that helped in sharing the video on social media.

It was then, that the father came with some people to my house, attempting to offer me money to withdraw the case which I refused.

He then sent his lawyer to convince me to withdraw the case but i told them no because I know what the action of his child caused to my family. This is the girl I laboured to train only for them to waste my efforts overnight.

Now, her fiancée wrote to us that he would no longer marry my daughter because of the video and since then she no longer be herself. She stopped doing anything. The wedding would have taken place on the 17th of next month.

The publication reports that the Special Adviser denied offering money to the mother to withdraw the case.

On his part, Commander of the Commission, Dr. Adamu Bello Kasarawa confirmed that three boys were arrested in connection with the case who have confessed to the crime.

We have concluded our investigation and will soon refer the case to NAPTIP and Censor Board as it involved pornographic video and abuse of minor.