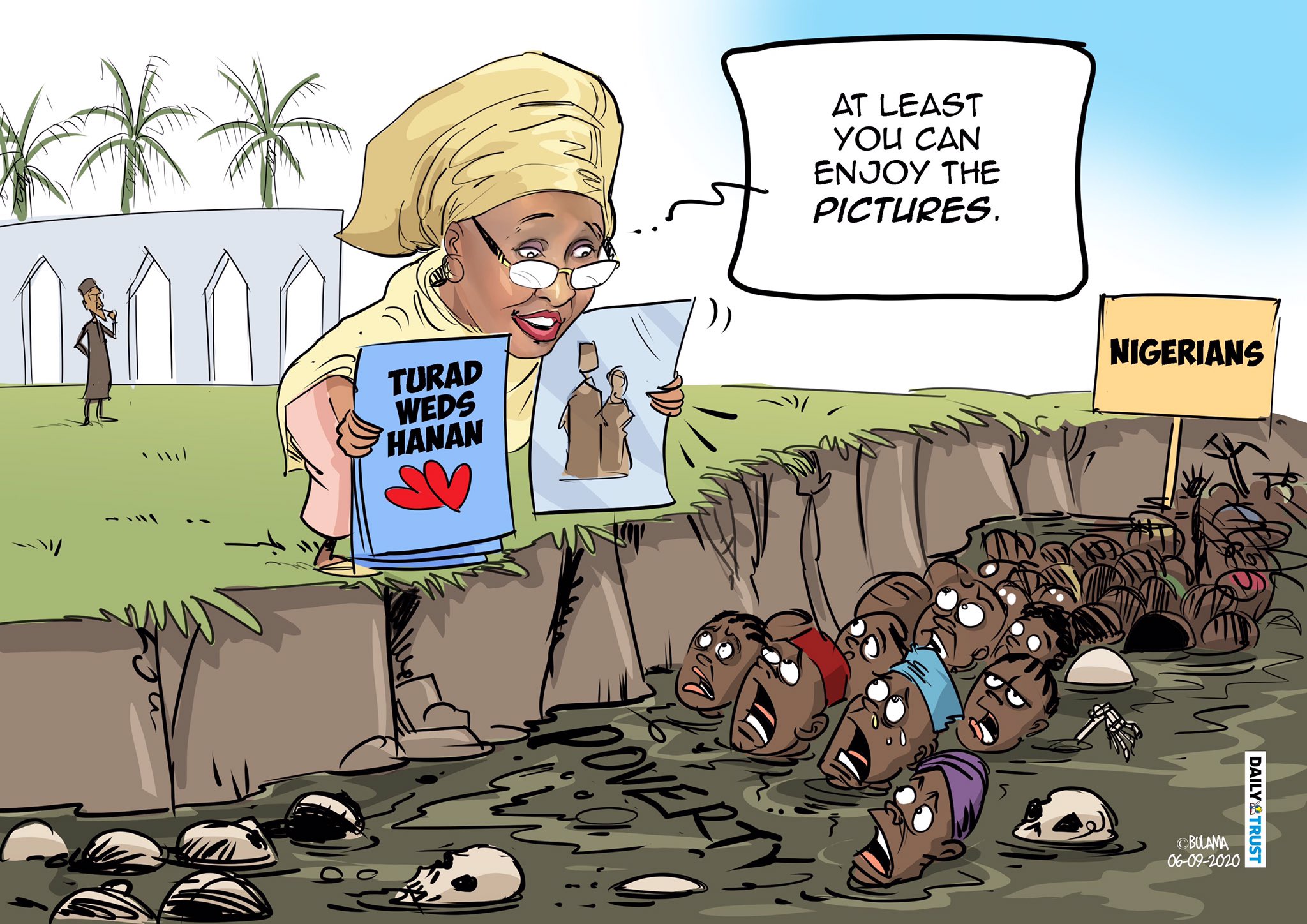 Mustapha Bulama, a Daily Trust newspaper cartoonist has reacted to the condemnation his artwork on Hanan Buhari’s wedding received from the presidency.

It would be recalled that on September 4 Hanan, one of the daughters of President Muhammadu Buhari, tied the knot with Mohammed Turad, a special adviser to Babatunde Fashola, minister of works and housing at the presidential villa, Aso Rock in Abuja.

The cartoonist had shared a cartoon in which Aisha Buhari was seen flaunting pictures from Hanan’s wedding while Nigerians struggled to escape drowning, with the caption “At least you can enjoy the picture”.

Reacting to the cartoon, Aisha Buhari’s spokesperson Aliyi Abdullahi described it as “unfair because Hanan held a low-key wedding”.

He said that the children of any leader have the right to get married when the time is due whether the citizens are enjoying their leadership or not.

The cartoon that has gone viral by Mustapha Bulama is unfair because the wedding is in no way insensitive to what Nigerians are going through.

Infact, it is because of issues like this that the first lady held a meeting with her staff a month to the wedding, telling us she wants to make the wedding a low key one with no massive celebrations.

The photos of the couple posted by Mrs Buhari on social media was to thank her well wishers after the wedding and not to rub it on the faces of Nigerians. I can say that Hanan Buhari’s wedding is one of the most low-key weddings of any Nigerian child’s wedding that has ever happened.

Speaking on his work, Bulama in an interview with BBC stated that he meant no harm, expressing surprise at the reaction the cartoon got and also appealed to those in power to help the poor masses.

I mean no harm for the marriage of Hanan Buhari. I was only doing my work. In the cartoon, l was just trying to show the experience of Nigerians currently.

This is the first time I will get reaction from such high place to my work. It shows that those in power actually see and listen to us. I hope we continue to inspire them to make life easier for the people.