One Confirmed Dead, Four Injured As Bus Plunges Into River In Ebonyi 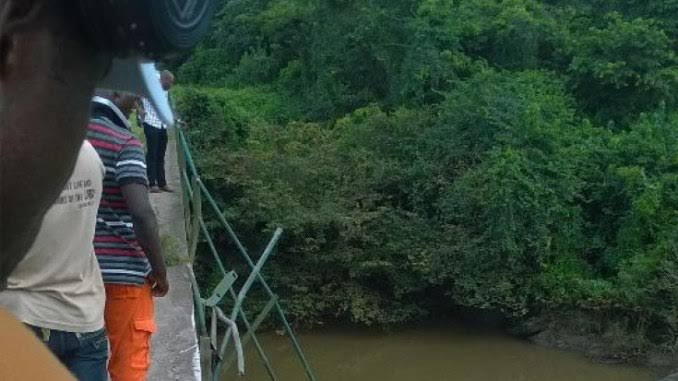 One person has been confirmed dead and four critically injured after a coaster bus plunged into a river in Akaeze Development Centre in Ivo Local Government Area of Ebonyi State on Friday, September 18.

The commercial said to be conveying 38 passengers on board lost control when the driver was trying to overtake a truck but plunged into the Akaeze River, which was already overflowing its banks due to a recent downpour.

Ebonyi State Police Public Relations Officer, Loveth Odah, who confirmed the incident, noted that it took the efforts of police in the area to rescue the five victims.

The police spokesman said although rescue operations was ongoing, there might be more victims in the river.

It is a very unfortunate incident. The DPO of the area just told me that about five persons have been rescued and rushed to the hospital while efforts were on to see if some other persons could be rescued too.

Our men are already on ground to see what can be done to help the situation.

10 People Arrested In Ebonyi State Over Torture Of Pastor…