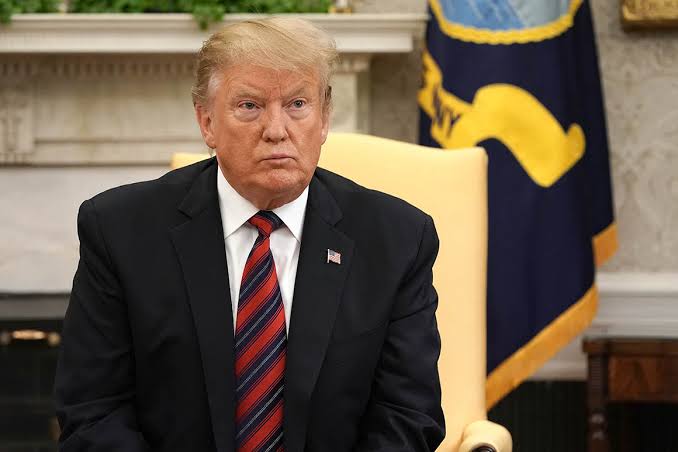 A new report by New York Times has revealed that Donald Trump paid just 750 dollars in federal income tax in 2016, the year he won the US presidential election.

The explosive investigative report which was released late Sunday stated that the self-proclaimed billionaire, paid the same amount in 2017, and made no payment at all in 10 of the 15 previous years largely because he lost so much more money than he made.

The Times has long sought to get hold of Trump’s tax returns but the president has refused to release them, though his predecessors have traditionally done so.

On Sunday, the publication said it had gotten hold of more than two decades’ worth of returns, but that it did not include Trump’s personal returns for 2018 and 2019.

The revelations came just over a month before the US is set to vote in a new presidential election, with polls suggesting Trump is at risk of losing to his Democratic challenger Joe Biden.

The Times said its reporting showed that Trump had been “more successful playing a business mogul than being one in real life”.

It also suggested that his financial condition in 2015 lent “some credence to the notion that his long-shot campaign was at least in part a gambit to reanimate the marketability of his name”.

A 2019 investigation by the Times of Trump tax returns it managed to get hold of dating from 1985 to 1994 showed the president lost more money than almost any other individual US taxpayer in many years.

In Sunday’s report, the Times said he was “a businessman-president in a tightening financial vise,” with 300 million dollars worth of debt for which he is personally responsible coming due within the next four years.

It stated that he was increasingly dependent on income from businesses such as his Mar-a-Lago club in Florida, that put him in direct, or potential, conflicts of interest with his job as president.

The report also said that most of his core businesses, including his golf courses and Washington hotel, reported “losing millions, if not tens of millions, of dollars year after year”.

In response to the Times investigation, Alan Garten, a lawyer for the Trump Organisation said that “most, if not all, of the facts, appears to be inaccurate”.

He said that over the past decade Trump had paid “tens of millions of dollars in personal taxes to the federal government” although the Times said he appeared to be conflating personal taxes such as Social Security with income tax.

Also, at a news conference held minutes after the newspaper published its report, Trump described it as “fake news”, claiming that Internal Revenue Service (IRS) “does not treat me well”.

I’M GOING TO RELEASE MANY THINGS AND PEOPLE ARE GOING TO BE SHOCKED.

The publication has however declared that it would publish further stories on Trump’s tax records in the coming weeks.

Actress Iyabo Ojo Accuses Nigerian Airport Officials Of Extorting N51, 950 From Her For COVID-19 Test Which Was Never Done