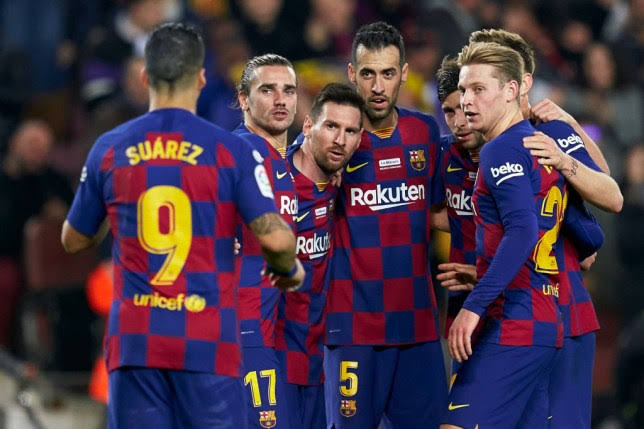 FC Barcelona has begun a process to reduce the pay of players, coaches and non-sporting staff to adapt to the huge losses suffered due to the COVID-19 pandemic.

A club source who disclosed this on Wednesday also said staff have been notified by the club of the need to reduce costs, CGTN reports.

Staff have been notified by the club of the need to reduce costs after releasing their annual financial report on Monday which shows a loss of €97 million ($113.98 million).

The source added that employees, including players, have been asked to nominate a representative over the next two weeks to represent them in the negotiations over the changes to their salaries.

Like every major sporting competition, La Liga faced huge disruption due to the COVID-19 pandemic, pausing for three months mid-season before completing the final rounds of fixtures without fans which hit income from ticket sales and merchandise.

Barca’s accounts on Wednesday showed a 14 percent drop in revenue from the previous year and the doubling of their net debt to €488 million.

Earlier, the club enacted a temporary pay cut of 70 percent at the end of March in the height of the pandemic, lasting the duration of Spain’s national state of alarm, which ended in June.

Barca‘s financial troubles also led them to spend the close season lightening the biggest wage bill in European football, offloading Luis Suarez, Ivan Rakitic and Arturo Vidal for next to nothing, while selling Arthur Melo for €72 million and Nelson Semedo for €30 million.

They only brought in three players, Miralem Pjanic, Francisco Trincao and Sergino Dest for a combined €112 million.