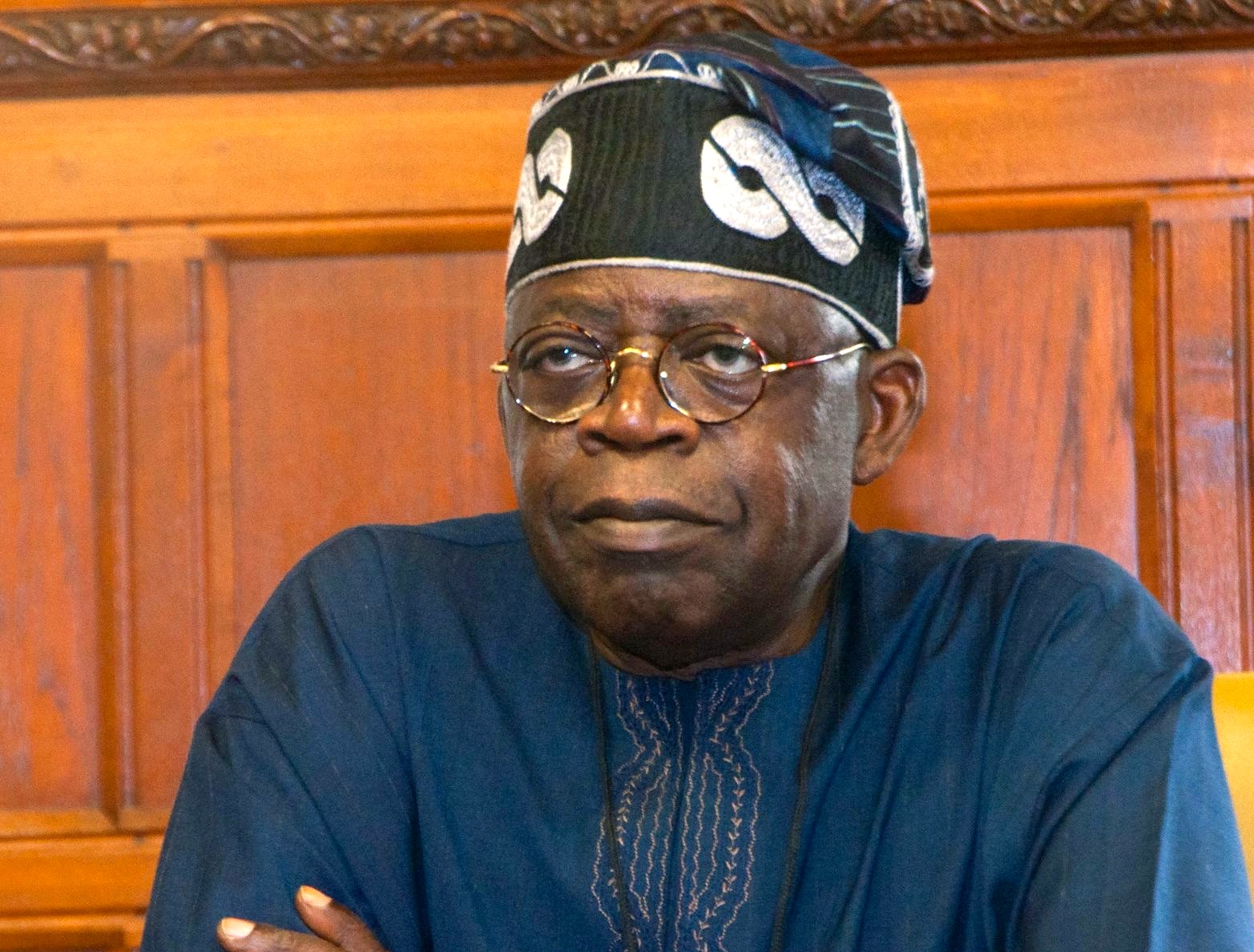 National Leader of the All Progressive Congress, Bola Ahmed Tinubu has been summoned to appear before a Lagos State high court over Alpha Beta fraud.

Alpha-beta, owned by former Governor of Lagos state, Tinubu, is a consulting firm handling the computation, tracking and reconciliation of Internally Generated Revenue (IGR) in Lagos State in return for a commission.

The APC chieftain was given 42 days grace to appear before the court as claimant, Dapo Apara, ex-CEO of Alpha Beta vows to pursue the alleged fraud case up to Supreme Court.

Mr. Apara had earlier urged the EFCC to investigate the firm for tax fraud to the tune of N100bn through his petition.

In his petition, Mr. Apara said Alpha Beta has become an “avenue for official corruption of government officials, a conduit pipe for the massive money-laundering scheme, tax evasion, among other vices”.

Apara, in the 40-page writ of summons issued by his lawyer, Tade Ipadeola, alleged that there is a lot of corruption cases in the state, covered by powerful politicians.

The first, second and third defendants, according to the writ, include Alpha-beta Consulting and Mr Tinubu and a former commissioner in the state, Akin Doherty, respectively.

Having confidence in the allegations against Alpha Beta, Apara, in the petition noted that the firm has more pieces of evidence it can provide to the anti-graft agency if the need arises.

The petition is genuine, we wrote it to the EFCC but we have not been contacted. The former MD believes there is a lot of corruption in the country and decided to blow the whistle in line with the anti-corruption policy of the government.

When they call us, we will provide more documents and other information.

Apara, who claims to own 30 per cent stake in the company, alleged that Tinubu “has directed and dictated the affairs” of the company by diverting assets to himself at the detriment of the claimant (Mr Apara).

Read the writ of summon below; 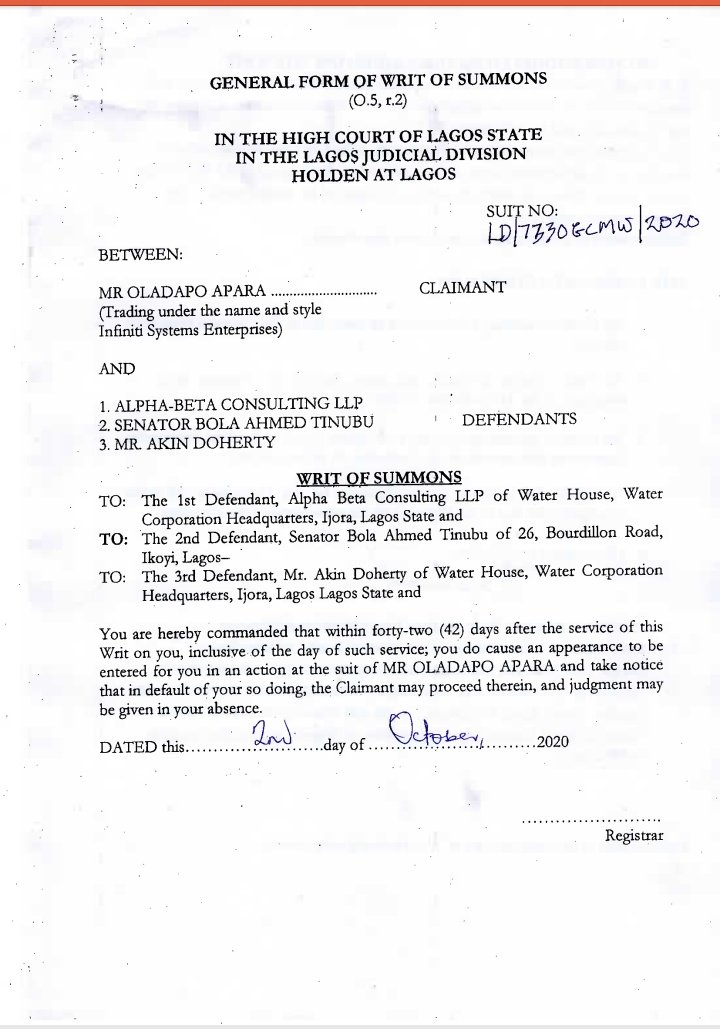 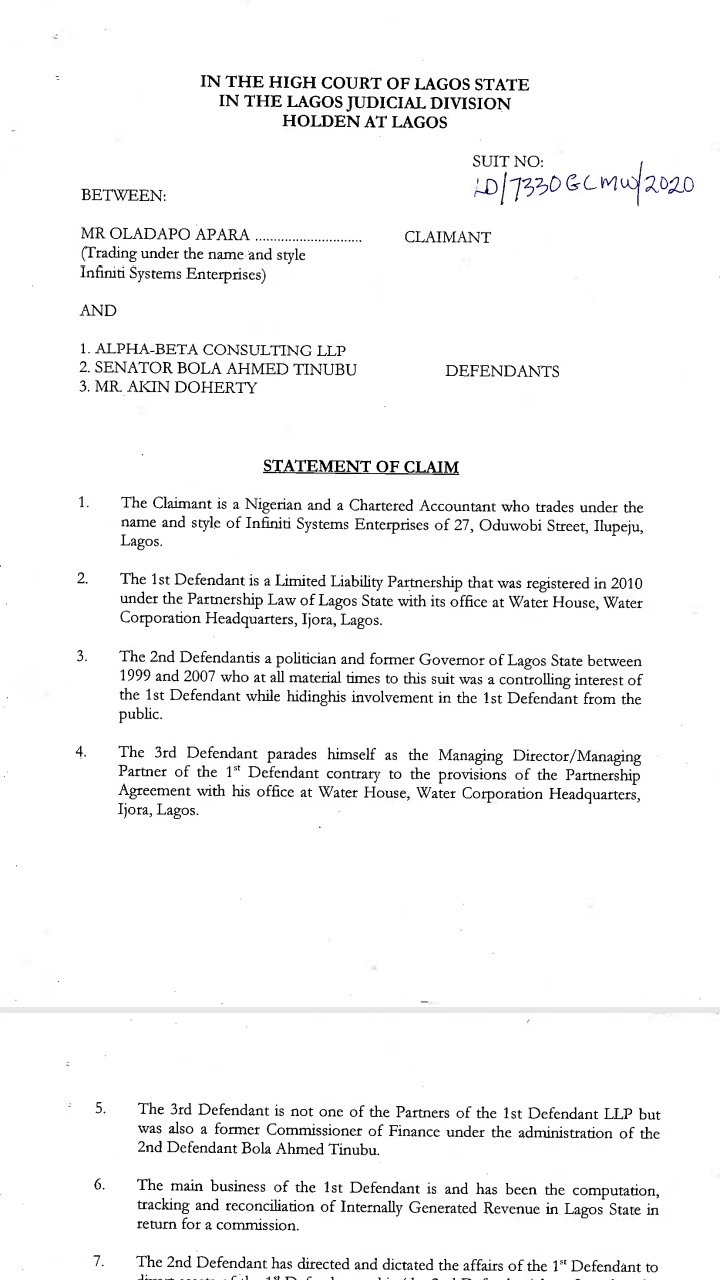 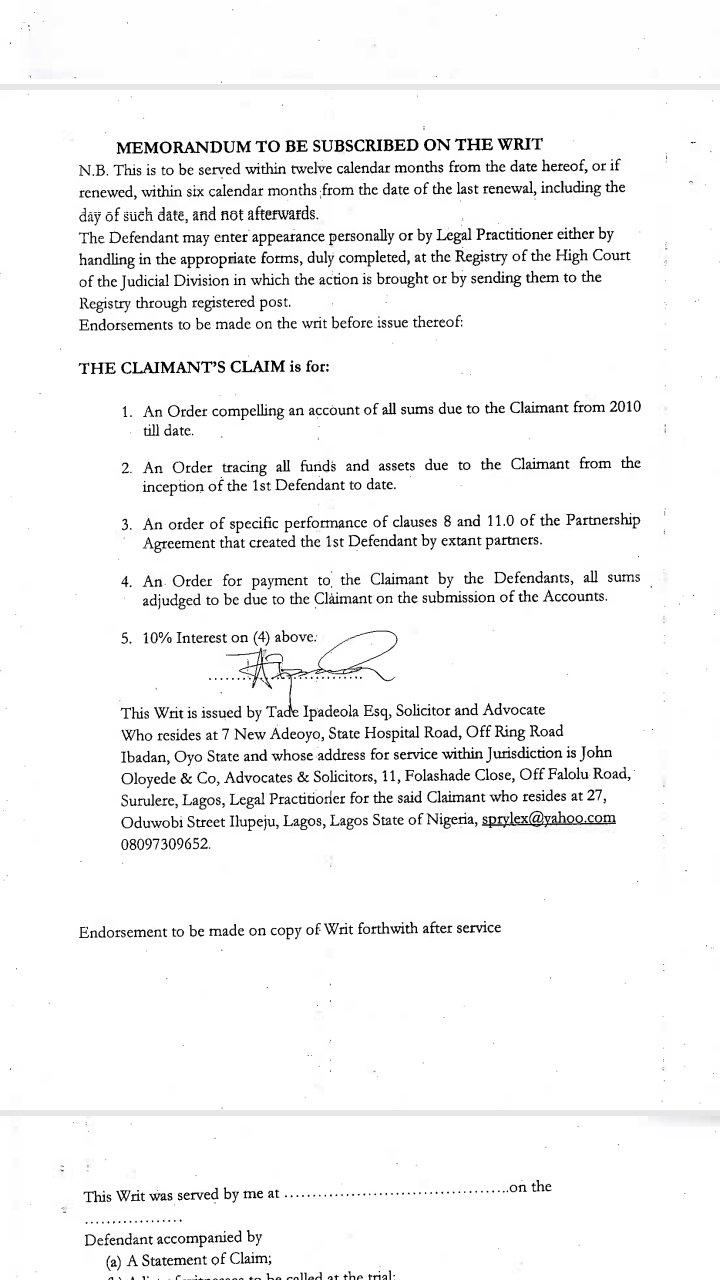 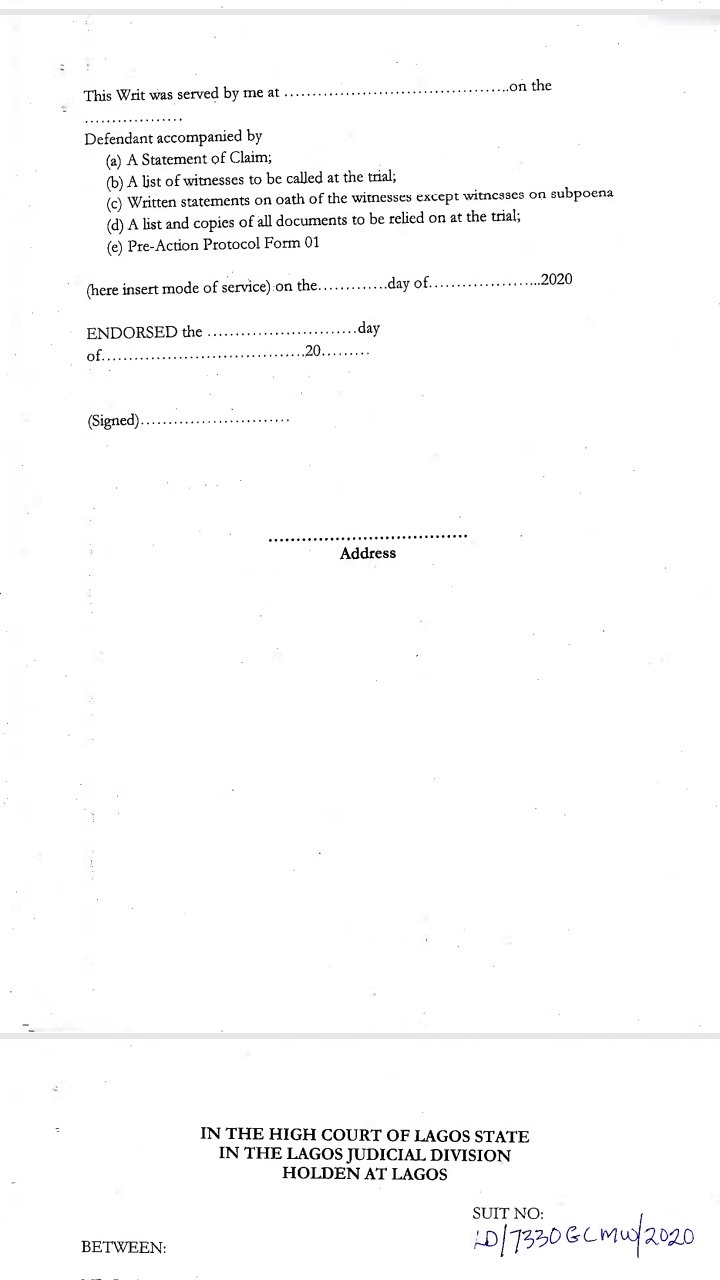