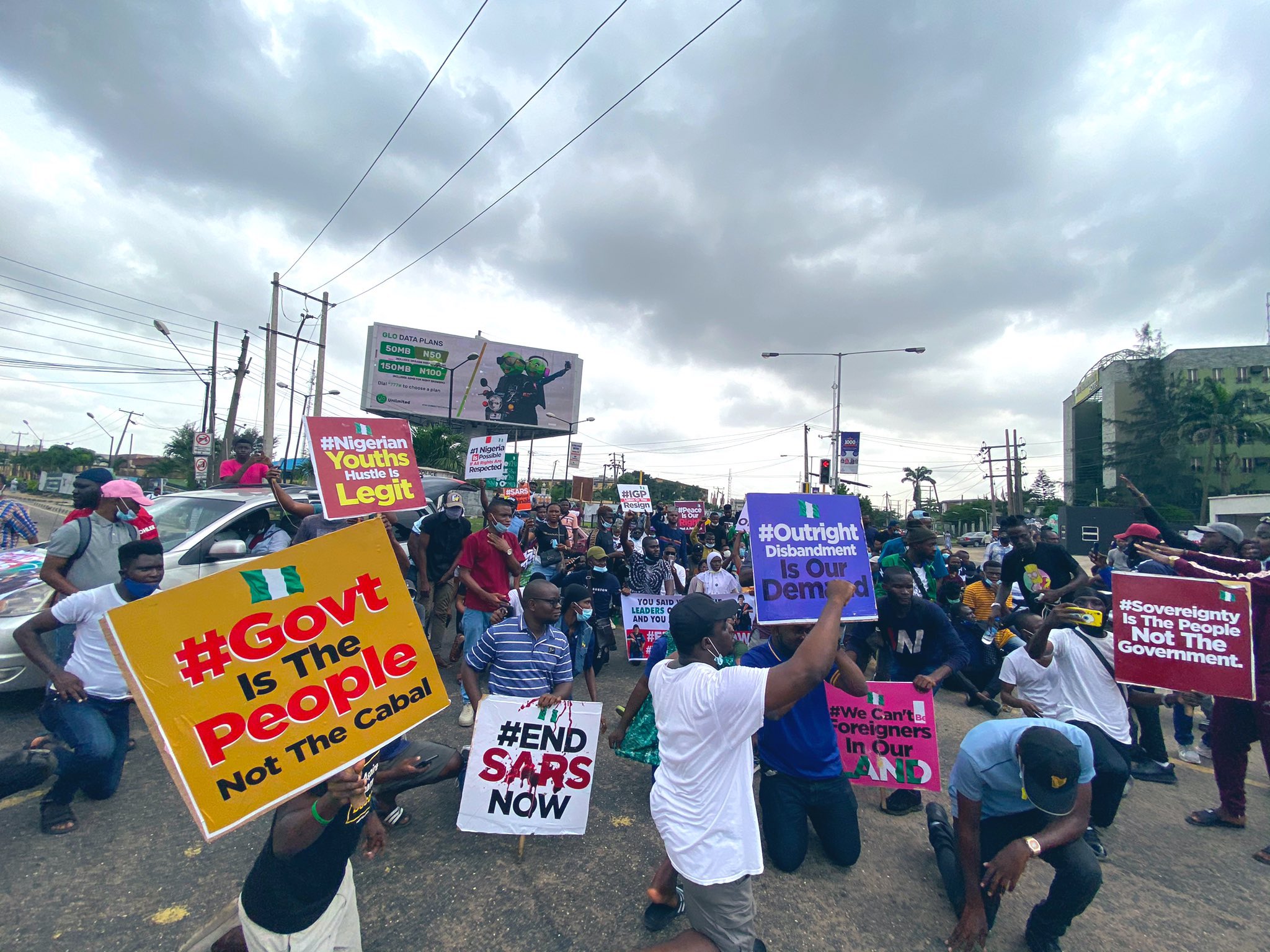 Nationwide protests demanding proscription of the Federal Special Anti-Robbery Squad (FSARS) have gathered momentum beyond Nigeria, with #EndSARS trending on Twitter in other countries like United States, the United Kingdom, South Africa and Canada.

The protest was also the most trended issue on Friday globally, according to a Tweet by @BBCAfrica, as Nigerians continued to demonstrate across the country amid violent clashes.

Many Nigerians in diaspora, international media, celebrities and activists have weighed in on the clamor for a change in the security sector.

The #EndSARS protest reignited last week following the shooting of a youth reportedly in front of a hotel in Ughelli, Delta State, in broad daylight by some FSARS operatives who drove away his Lexus Jeep.

The police have however said the youth did not die, but that he jumped out of the a vehicle by Operation Delta Safe and not SARS.

Nigerians claimed that the police authorities had not shown enough commitment to reform the dreaded police unit over the years and called for its disbandment.

Despite the Force’s call for calm, the protest raged on in several parts of the country, including Lagos, Osun, Oyo, Delta, Imo, with Nigerians abroad joining the demonstration.

A Nigerian-British actor, John Boyega, on Friday was among the international celebrities who lent their voices to the #EndSARS protests in Nigeria.

The Star Wars actor also announced on Twitter that an anti-SARS protest would hold at the Nigeria High Commission in London, the United Kingdom, on Sunday.

Many Nigerians living in London vowed to join in the protest.

The #EndSARS was also one of the most trended topics on Twitter on Friday with some Nigerians and non-Nigerians living in the UK, the United States, South Africa, and Canada, pledging to organise similar protests to amplify support for the calls to disband SARS – a police unit accused of serial human rights abuses.

The hashtag #EndSARS has been trending at no 1 worldwide today, as protestors continue to demand a notorious police unit in Nigeria disbanded.

The hashtag #ENDSARS has been trending at no.1 worldwide today, as protestors continue to demand a notorious police unit in Nigeria, is disbanded. https://t.co/p8K9qb57ZS#BBCAfricaLive pic.twitter.com/GzHNGHYZjJ

See some reactions from international media and individuals below;

Sunday at 12PM it is!! Nigeria 🇳🇬 High Commission London.

Eyewitnesses have told the BBC that police have been using tear gas at today’s #EndSARS protest in Nigeria’s capital, Abuja. https://t.co/K97oLejZCW

Nigeria’s youth and celebrities organized mass nationwide protests demanding an end to police brutality in the country with the #EndSARS campaign https://t.co/7zW3dwX7uX

I have been following what’s happening to our people in Nigeria and as someone who believes in freedom and justice, the rise of the streets, I will like to say these things must stop 🛑 Police brutality anywhere is a threat to nation building #StopPoliceBrutality #EndSARS 🇳🇬 🙏💕 pic.twitter.com/5p4Q43wdCJ

I stand with you 🇳🇬 https://t.co/sWk7SxVl6f

The fight is worldwide! Sending support and amplifying for our kinfolk in Nigeria! #EndSARS